If you’ve been craving a new indie title to try out, a new contender has emerged. Dungeon Stars is coming to the Nintendo Switch and takes inspiration from the classic dungeon crawlers you know and love. 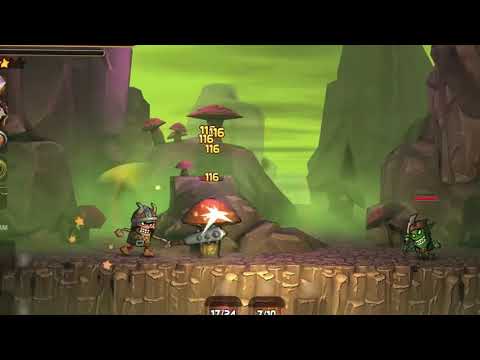 Dungeon Stars plays like a classic side-scrolling hack and slash title. Developed by Furnace Games, the studio describes their indie adventure as “a family-friendly yet explosive evolution of the classic dungeon crawler”.

Within Dungeon Stars, you’ll play as one of over 15 characters available throughout the complete adventure. Each of the 15 comes with their own unique set of skills and abilities, and you’ll utilize them to complete your ultimate goal of rescuing stars and returning them to their original constellations.

As your hero trudges along through the dungeon crawler, you’ll come across a slew of enemy varieties. You’ll tackle beasts, brutes, monster, wizards and warriors. And of course, there’s plenty of bosses to take down periodically.

Furnace Games says that Dungeon Stars boasts hundreds of levels, with some hand-crafted and others procedurally generated. And you’ll unlock your new heroes, as well as gold, potions and loot, as you take them all down.

The title also incorporates a pet mechanic that allows your hero to carry a companion along with them, and they’ll even aid you in battle. But you must first free them from captivity first before you can bring them along for the ride.

The publisher of Dungeon Stars, Riposte Games, confirmed that Furnace Games was sure to fully utilize the abilities of the Switch within the game. The company’s CEO, Johan Eile, stated they “really wanted to make the game super accessible for fans of all ages.” And to do so they’re “taking full advantage of the Switch by allowing players to use both the controllers and the touchscreen for a truly innovative dungeon-crawling experience.”

Today’s announcement states that Dungeon Stars is coming to the Nintendo eShop on February 19th, but if you checkout Nintendo’s site right now it looks like the game is currently available for $9.99. We’ve reached out for clarification, but hop over there now and get the game early if you’re interested.