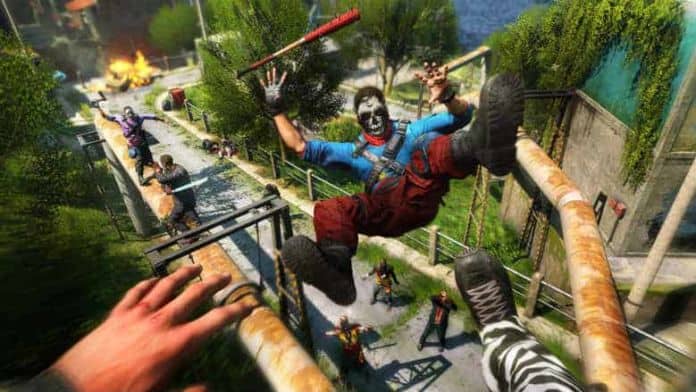 Techland has announced that their incoming Dying Light: Bad Blood battle royale game is going the Early Access route. And the first group of people getting access will be able to give the game a whirl this coming weekend.

Dying Light: Bad Blood battle royale is attempting to be unique to the genre in a variety of Dying Light inspired ways. Techland describes the offering as “a fast-paced and brutal online game that creatively blends PvP and PvE combat while retaining the core of Dying Light iconic gameplay.”

Bad Blood will consist of 12 players with only one emerging victorious. You’ll attempt to survive in a city infested with the undead. You’ll search for weapons, take out zombie hives to level up your character, and use your parkour skills in conjunction brutal combat in order to outlast your opponents.

Techland’s Dying Light: Bad Blood battle royale global test will consist of two phases. Phase One will open to a limited number of people on August 25th as the developers work on infrastructure and matchmaking mechanics. Phase Two will be open to everyone as of September 1st if they’ve signed up for the Global Playtest via the game’s site.

By purchasing the game’s Founder’s Pack for $19.99, you’ll be eligible to hop into Bad Blood when it launches within Early Access later in September. You’ll also be awarded exclusives only found within the Founder’s Pack. When Techland brings their Dying Light: Bad Blood battle royale offering out of Early Access, it will then be listed as a free-to-play title on both PCs and console.

Dying Light is certainly an intriguing property to get the battle royale treatment. Pairing parkour and adding zombies could be a really fun twist to the last man standing genre. We won’t have long to wait before we see whether the pairing truly works well.