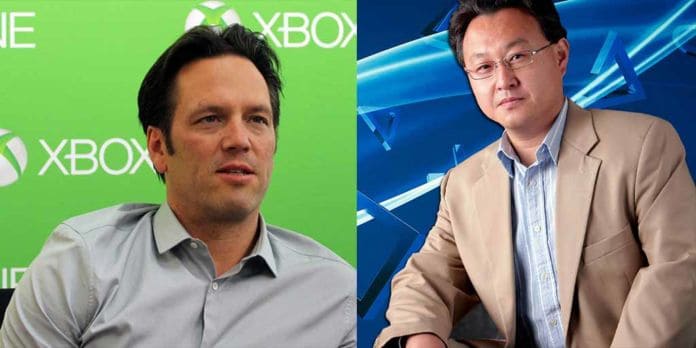 While destined to be intertwined and compared for the foreseeable future, Sony and Microsoft are very different companies. As we lead up toward the plethora of news that will come with E3 2017, we decided to take a look at the two men running these giant companies. And with it, the approach in which they use to generate hype for gaming’s biggest show of the year. 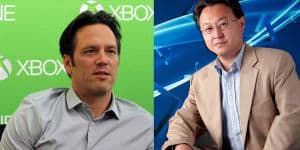 For those that don’t follow the business side of the industry that closely, Sony and Microsoft both have people in presidential roles to run their game’s divisions. For Microsoft, Phil Spencer has earned the role of Head of Xbox. While for Sony, under the umbrella of Sony Interactive Entertainment (SIE) Worldwide Studios, that person is Shuhei Yoshida.

The industry has evolved throughout the years to try to keep up with public’s constant demand for news and insight. Game publishers and developers are constantly teasing projects to keep them fresh in your mind. Hell, it’s common practice these days to release a teaser trailer for a teaser trailer. So they dynamic between Spencer and Yoshida is an interesting one. And while vastly different, both are doing a fantastic job representing their companies. 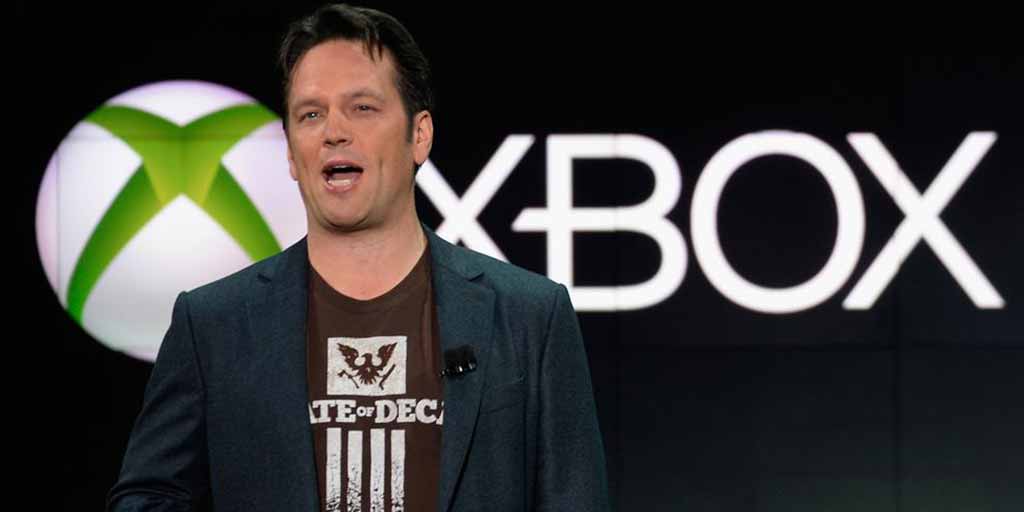 Let’s start with Phil Spencer. Phil has been a part of the Xbox team at Microsoft since the original console’s conception. The Xbox One debuted in May of 2013. It was then publicly demonstrated during E3 of that same year. It did not go well.

Without getting too much into the weeds, then President of the Interactive Entertainment Business at Microsoft, Don Mattrick, made some errors in the direction it wanted to take the console. Mattrick hoped the Xbox would equate to the be-all and end-all of your living room. And some decisions to make that happen, like forcing gamers to have their consoles connected to the internet, did not go over well.

Cut to March of 2014, where Microsoft has announced that Mattrick is out and that Phil Spencer is now Head of Xbox. Phil immediately, and publicly, went into damage control:

“There are two sides to the ledger. There is a lot of learning that I did as a leader in the organization, when I just heard how our message resonated with people and some of the decisions that we made, that I think were actually the wrong decisions, and we had to revisit those decisions.”

As Phil became Head of Xbox, he proved immediately to be a vocal one. As per above, he renounced the decision to focus on the living room space in general. He knew the correct path to win the console battle was to provide gamers with the games they wanted to play. It’s an error that Microsoft is still clawing back from to this day. But the problem was they were already in a huge hole.

Spencer seemingly decided to take on a more aggressive role in promoting the Xbox brand. His Twitter page is proof of this. It’s a consistent display of interesting teases. No doubt hopeful to cling interest in his company’s brand as Sony continues to pull away with sales figures. Here are some examples of Phil’s tweeting.

A casual tease for E3 here:

First end to end run through of our E3 show today on our full rehearsal stage. Room is full, should be a great day.

A little tidbit about a meeting with the Gears of War team here:

And he’s teasing the “future work” of Mojang and Minecraft here:

And those are just Spencer’s relatively recent Tweets. He’s currently in full PR push mode for the reveal of Project Scorpio at E3. Earlier this week, he was quoted as saying games on Scorpio will be “the very best console version of games.” There’s nothing gaudy or egregious about these statements — it just further cements Spencer as the Xbox brand’s biggest cheerleader (and rightfully so).

Spencer has been behind some of the best moves the Xbox One could have hoped for — ones that have pulled the console back into the fight. Xbox 360 Backwards Compatibility and the upcoming Xbox One Game’s Pass just to mention a couple of things he’s championed recently. He has subscribed himself to the modern way of doing things: tease a product, sound excited and confident about it, promote its release, and repeat. It’s just something that his competitor doesn’t make a habit of… 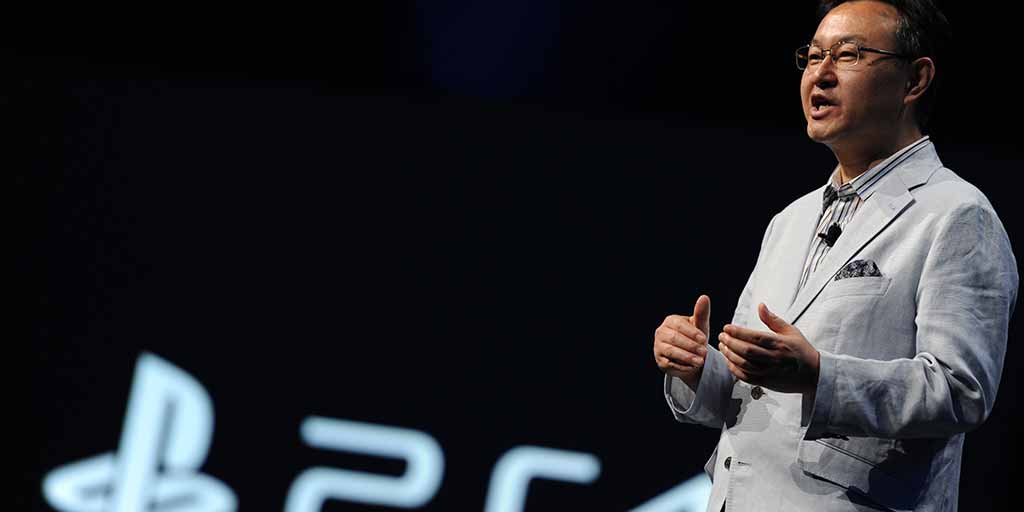 Shuhei Yoshida began his role as President of Sony Interactive Entertainment much like Phil Spencer did at Microsoft. Shuhei’s predecessors completely botched the launch of the PlayStation 3 console in late 2006. After the success of the PlayStation 2, Sony came off as incredibly arrogant. At the system’s E3 reveal, they announced the PlayStation 3 would launch at $499.99, and $599.99 for the more premium model. Speakers for Sony said that if you couldn’t afford it, you could get a second job. Yes, that actually happened. It’s no surprise that the Xbox 360 took the sales lead early in that generation.

But while Yoshida is quite active with the PlayStation community and has a large Twitter following, he still does things quite differently than Spencer. Above I demonstrated Spencer’s continual promotion and teases for events and unannounced projects. On Shuhei’s feed, you won’t find such tactics.

Sure, Sony’s President frequently tweets and retweets news and positive things notes from Sony’s partners. He’s the company’s lead with 300,000 plus Twitter followers; of course he’s going to let you know about the latest game on the PlayStation Store. What he doesn’t do is tease a game/announcement at every turn. You’re not going to find anything on his account stating that he just left Naughty Dog’s studios and he’s excited to see what’s next. That’s not his style.

Shuhei lets the PlayStation brand speak for itself. He and Sony work in tandem with their partnering publishers to market games strategically. Reveal them when the time is right, not with cryptic teases months in advance. It’s a formula that has worked for Mr. Yoshida since he debuted as President of the company for over nine years now.

Phil Spencer makes a habit of letting you know that he’s checking out what Mojang (Minecraft) and The Coalition (Gears of War) are currently up to. And there’s nothing wrong with that. It’s just a more aggressive way of doing things. Shuhei Yoshida, however, let’s those reveals come about more strategically. At the right place and the right time. And perhaps that’s why Sony’s E3 Press Conference seem to perennially outmatch those from Microsoft. We already know most of what to expect from the latter.

It could be argued that both Xbox’s Phil Spencer and Sony’s Shuhei Yoshida are products of the countries from which they come. Spencer is an American President behind one of the two largest console companies around the globe (for now). He is confident, proud, and assertive. He’s constantly putting himself in the public eye and promoting the hell out of his brand. Yoshida, in contrast, is much more tranquil and reserved. While still taking an active role, he primarily lets his company’s products do the talking. And thus far, that has suited Sony just fine.

Both of these men have done a fantastic job, each in their own way. Sony and Microsoft both should be proud of them men directing their companies. Let’s all hope that they both have something special in store for us next month.

The differences between Yoshida and Spencer aren’t just at the presidential level, and the way each leader handles things carries over to the larger brand as well. Think about how often we’ve seen Xbox and/or Phil Spencer in the news over the past couple of months (countless times) in comparison to seeing anything big relating to PlayStation and/or Yoshida (virtually zero). It’s as if Sony knows how to build the quiet before the storm, so-to-speak, to build anticipation.

It’s as if Sony knows that their announcements will have more weight and generate more buzz at E3 if fans/press are actually surprised.

See Also: Everything You Need to Know About E3 2017