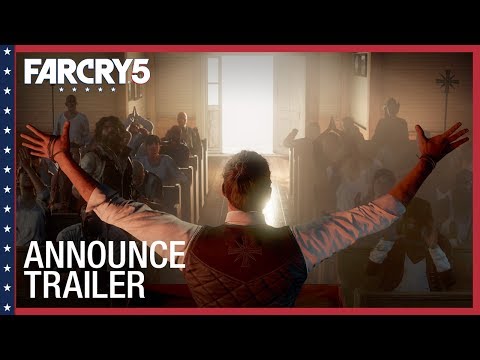 Ubisoft unveiled the first full Far Cry 5 trailer as promised this morning, which not only gives us our first look at the game in-engine, but also confirms a release date.

As far as the trailer is concerned, we’re shown the small town in Montana that’s apparently overrun by a radical religious cult of sorts (which we now know is named the Project at Eden’s Gate). We’re shown three main protagonists in the trailer, which confirms that the game will take the Grand Theft Auto 5 route of allowing you to play three main characters.

The press release also notes that the game will support two player co-op, allowing players to explore the entire open-world Montana. The game will include various vehicle types you’d expect to find in rural Montana, including American muscle cars, ATVs, boats, planes, and more. What’s more, Ubisoft teases that players will be able to recruit human and animal groups to aid in combat.

In the trailer, we’re shown a few animals that we’ll likely be hunting, including bears, elk, and cows.

Of course, with E3 2017 right around the corner here, we should expect more details during Ubisoft’s press conference.