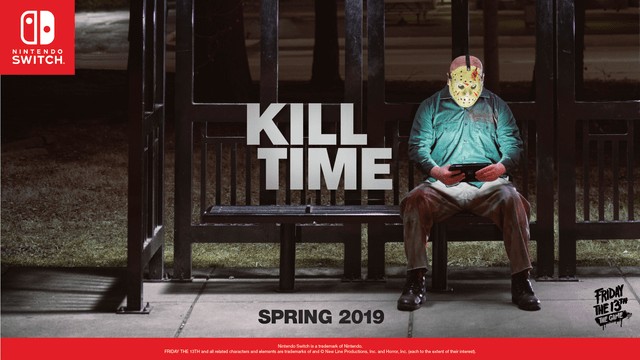 When the rights to the game became an issue last year, the title’s Creative Director, Wes Keltner explained at the time “We can’t add any content, whatsoever. Nada. Not even a new tree or rock. We can only focus on console-dedicated servers, bug fixes, and maintenance. I know this isn’t the news you wanted to hear and I wish the situation were different. But it’s the painful truth.”

Luckily for Switch fans, Gun Media doesn’t need to add any new content to get the Friday the 13th: The Game Switch version going. With the assistance of the teams at Black Tower and Nighthawk, the plan is to port the original game, as well as all of the preexisting DLC, over to the Switch and brand it as Friday the 13th: The Game Ultimate Slasher Switch Edition. The only exclusions in content are those that were for Kickstarter backers only, which includes a clothing pack and the Savini Jason skin.

Gun Media isn’t saying much else, but their Director of Communications, Daniel Nixon, did release a few words following the reveal. Nixon stated, “We’re happy to be bringing Friday the 13th: The Game to the Nintendo Switch with the help of our partners at Black Tower and Nighthawk. The Nintendo Switch offers a unique experience, in both social settings and on the go, that we feel work very well with Friday the 13th: The Game.

Outside of Friday the 13th: The Game Switch announcement itself, the only other thing we know is that the game will be headed our way at some point this Spring. Although it was pretty buggy, the game itself was considered a blast to play and was a favorite amongst the Twitch audience for awhile last year. Switch players that have yet to experience the frenetic multiplayer action are in for a treat.