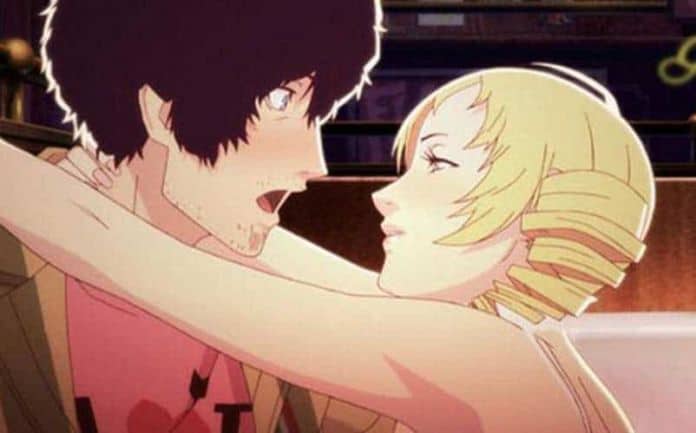 Many great plots, especially in video games, feature romance, as it is a powerful emotion that adds to the plot when executed effectively. Since many video games feature hours upon hours of gameplay, it’s nice to have elements of romance between characters, or better yet, you, as the protagonist, choosing who you would like to date in that universe. In the modern gaming world, there has been quite a few titles that feature dating simulation elements of gameplay, deriving from a popular genre of video games from Japan that lets players choose who to romance in a story.

These types of games focus on the player’s relationship with one of many suitors, many times having branching choices and affection levels that result in multiple endings. Several games, even in the West, have adopted similar systems and blended the mechanics with other genres of games, from shooters to RPGs.

This list of the best video game characters to romance features some of the best bachelors and bachelorettes found in the gaming world. Before we begin, however, there are a few rules: 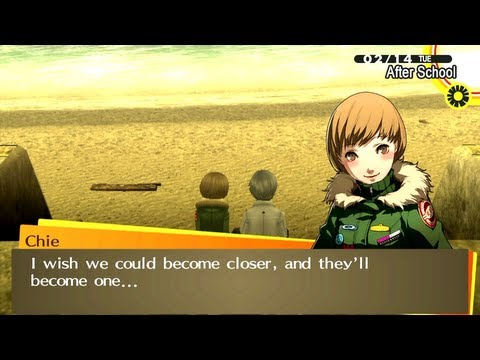 Persona 4 is known as one of the best and most innovative JRPGs that combines RPG combat with dating sim elements, featuring high school events, year-round dating opportunities (Christmas and Valentines Day), and 10 rank social links. Playing as the silent protagonist, Yu Narukami, the player has a variety of amazing options for romance. The young detective Naoto Shirogane, the idol-on-hiatus Rise Kujikawa, the mysterious poet Marie, and the quiet yet graceful Yukiko Amagi are a few of the best examples. Because the relationships are so well written and executed in Persona 4, it’s so hard to choose just “one”, which is why I ended up dating most of the investigation team on my first playthrough. However, Chie Satonaka holds the title of ” best girl” by the Persona fandom for a reason.

Chie’s personality is simply amazing. She is athletic, not afraid to stand up and protect others, and is very adorable in her mannerisms, even when she struggles with feelings of not being “good enough”. Chie is also down to earth, relatable, and is completely devoted to the protagonist when her link is maxed out. The date scenes are cute and feel somewhat real, as weird as that sounds. Overall, Chie is very likable, which makes her one of the top picks for the “best girl” of the Persona series. If there was an option to date the guys in the game, it would be an even harder choice of who to date. 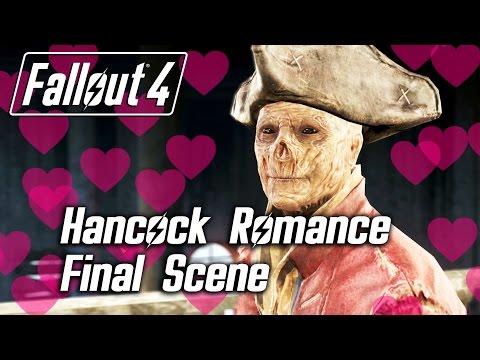 In a post-apocalyptic universe, it may seem hard to find love. However, this is certainly not the case in Fallout 4, as there are many romantic options in the game. Although some companions like Nick Valentine are not romanceable, there are several amazing options, one of the best being the ghoul mayor of Goodneighbor, John Hancock.

In the Fallout universe, ghouls are those who have been exposed to excessive radiation, resulting in disfigurement and an enhanced lifespan. John Hancock is a ghoul with a wild side, unafraid to stand up to those who are “evil” without being entirely “good” himself. This includes everything to murdering without hesitation and frequently ingesting chems.

Besides his awesome personality, John Hancock is very sweet, often telling the protagonist that they are the best thing that has ever happened to him. He really has a way with words, making him one of the greatest romance options in the game.

Everyone’s favorite flirty mage, Dorian Pavus easily takes a spot on this list. He comes from a rich family and a society that strives to make perfect magic users. Because of the immense corruption, Dorian finds himself turning away from the life he was supposed to live.

Not only is he very intelligent, he’s witty and has many memorable lines from the game. When either a female or male character flirts with him in game, it results in hilarious dialogue. He is so suave and charming, which makes him one of the best characters to date in Dragon Age: Inquisition. Dorian is only available as a romance option for a male protagonist, making him a great representation of a homosexual character in the modern gaming world. 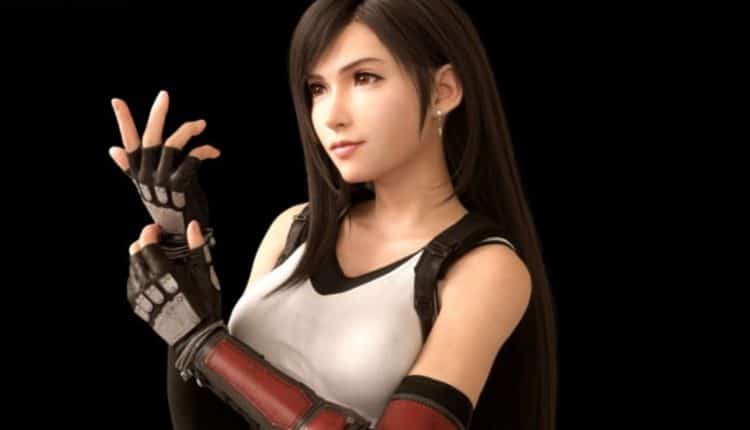 Final Fantasy VII‘s take on dating is unlike any of the games on this list. There really is not a typical “dating system” similar to what many would find in visual novels or games with those elements. Instead, there is an affection system that leads to dating choices on disc one’s Golden Saucer “date night”. Many first time players of FFVII were unaware of the affection system and the ability to choose a “date”. However, the game has set values that correlate to almost every party member. If the player chooses “nice” options in dialogue, most likely Cloud will take Aeris on a date.

However, if you choose carefully, you can end up going on a date with Tifa, a romance “option” that takes some effort to see her scenes. The game hints at a love triangle between Cloud, Aeris, and Tifa, however, Tifa can be overlooked, despite her actually being an option. Tifa is a childhood friend who is tough, level-headed, and cares deeply for Cloud.

Not only is her Golden Saucer scene adorable, but there is also a latter part in the game in which players who raise Tifa’s affection to 50 or more will see an additional scene that hints at romance. Let’s hope that everything will stay the same story-wise in the remake. 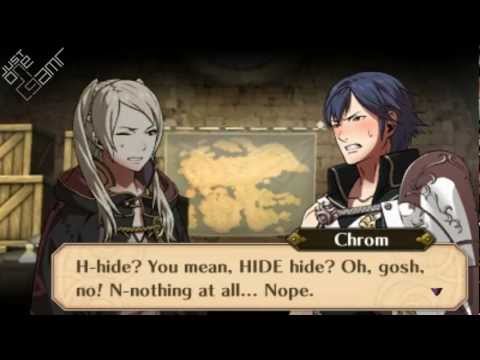 With the release of Fire Emblem Fates in the Americas this coming week (which we’re super excited about, by the way), it’s very appropriate to mention one of the best suitors from Fire Emblem Awakening, Chrom. Fans seem to have a love/hate relationship with this character, many times because they married him by accident.

However, in the female Robin/Avatar route, it’s almost if marrying Chrom was meant to be, since everything fits perfectly into the storyline, making the romance even more enjoyable. Chrom is technically the “lord” of the game but can be a dork at times with his conversations with an S-ranked avatar.

The entire support between them is embarrassing, yet very hilarious. Chrom is a very likable character, and one of the best parts about becoming his wife is having Lucina as a daughter. Not to mention that the children from this relationship get amazing stats, creating powerful units that can destroy most everything on the battlefield. 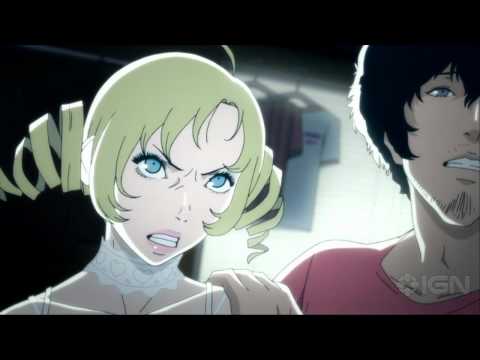 It’s somewhat cheating to mention two characters as romance options, but the entire premise of Catherine is choosing between two very different women, each having their own “true” ending. Catherine is a very weird, yet masterpiece of a game, combining block-like puzzles and dating sim elements.

Players take the role of Vincent, a working man who must choose to be committed to his long-term girlfriend Katherine or abandon his relationship for something new and tempting with Catherine. The game lets players choose between many questions as well as answer text messages in order to determine which girl Vincent will choose.

Both romance options have both pros and cons, each having their own flaws that make them amazing characters. The game really does a great job of dividing choices, as the smart, committed Katherine and the sexy, suspicious Catherine each deserve a place on this list. 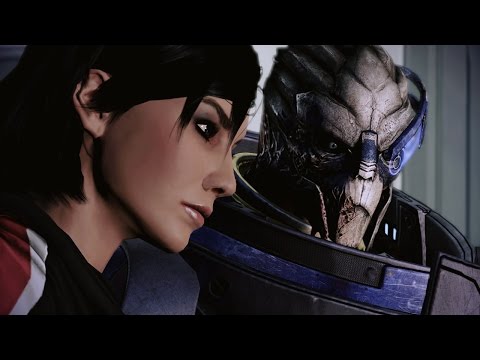 Mass Effect is one of those games that has great female romance options, but very few male choices for female Shepards. However, Garrus the Turian stands out as one of the best romance options in the game. Garrus likes to work outside the law, having an interesting backstory and loyalty mission to complete.

Romantic encounters with Garrus are somewhat awkward at first but gradually evolve into something more throughout the entirety of the three games. For many, he is a fan favorite and will continue to be throughout the years. 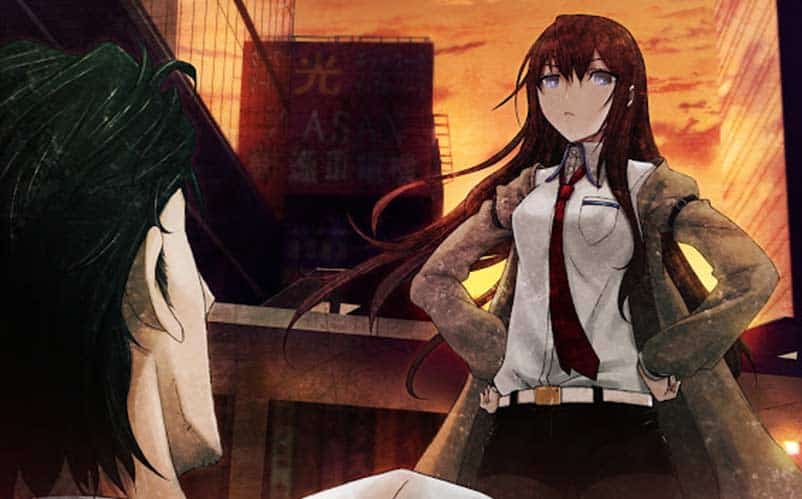 Steins;Gate, a visual novel for the PC, PS Vita, and PS3, is a masterpiece of a story that combines a time travel narrative and romance, featuring a diverse cast of characters and several routes that result in Okabe dating one of the five potential girlfriends in their subsequent routes.

Although all of the routes are great, the best is definitely the true ending, featuring genius redhead Makise Kurisu. As I talked about in my Steins;Gate review, Kurisu and Okabe have some of the best chemistry I’ve ever seen in a game. Their scientific banter and adventure in love are hinted throughout the “common route” of the story, only to conclude with very specific choices in the game’s narrative.

Although all of the routes are emotional and the characters are great, Kurisu’s true ending clears up any questions left in the storyline and is arguably the best for the fate of the world. It’s also worth mentioning that Kurisu has a great personality, showing her affection for her love as the game continues on. 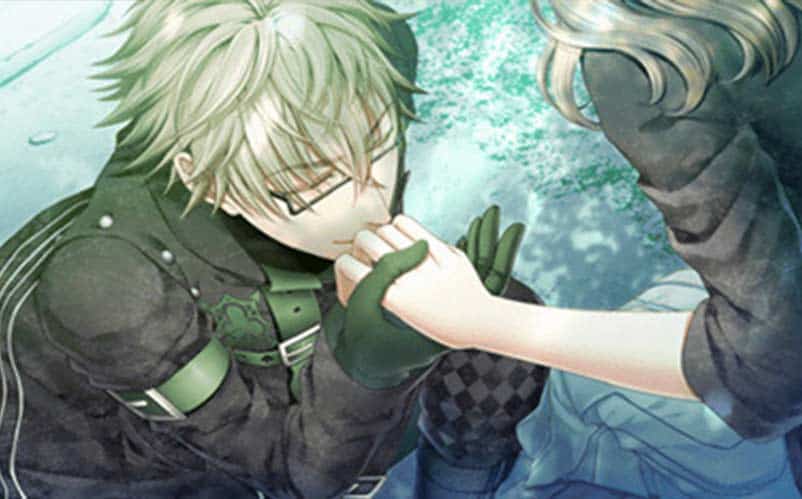 Amnesia: Memories is one of the more recent visual novels to be localized in the west, available on the PS Vita and Steam. The game is considered part of the “otome” genre, which features several routes and a true route, each with a different male romance option that focuses on the relationship with the protagonist as it relates to the overarching storyline.

Amnesia has a very interesting premise, the female heroine trying to regain her lost memories back with the help of several male friends, ranging from questionable childhood friends to playboys. Although most of the dating choices are great, one of the best characters is the one you may least expect, Kent.

Kent’s route is not the true ending of the game and it begins rather awkwardly. At first, he seems cold and not boyfriend material at all. However, throughout his route lies a very sweet, yet realistic relationship that deals with moving away and long distance relationships. Kent is certainly the unexpected sweetheart, which is why he deserves a spot on this list. 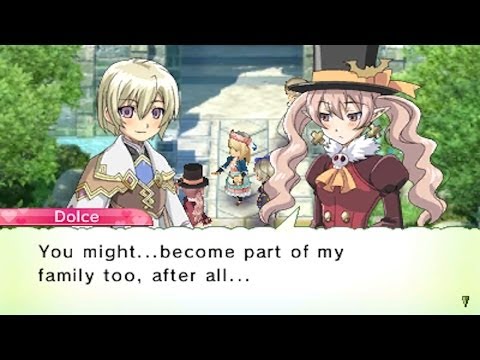 The Harvest Moon games were some of the first titles in the gaming world to combine gameplay and dating mechanics, featuring a complicated marriage system and many events such as festivals and happenings around town. The series evolved into several games/spin-offs, resulting in the creation of the Rune Factory series.

These games allowed the player to farm as usual, as well as explore dungeons, complete side quests, have animal companions in battle, and more. Rune Factory 4, which is considered one of the best Rune games, features a marriage system that allows players to choose from a variety of candidates. Although it’s not an easy feat, when players marry a character, they can live at their house as well as have a child together. One of the best female options for the game is Dolce, a female puppeteer with a cheerful ghost companion named Pico. Dolce is sarcastic, but has a warm heart and an interesting backstory, gradually warming up to the character as time goes on, making her a great option for any male protagonist.

Who did we miss? Comment your favorite video game romance options below.