Bandai Namco has announced that Go Vacation is headed our way for Nintendo Switch. The title looks to be an updated release of the same game that hit the Wii in 2011. 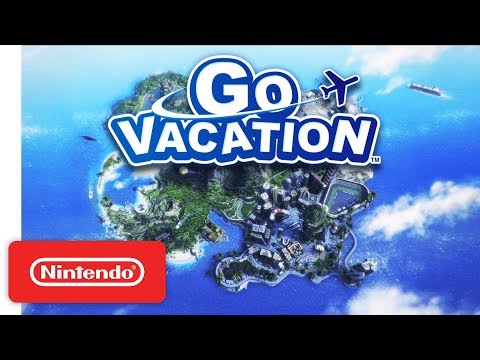 The game certainly has a Wii Sports and Wii Sports Resort feel to it. And that was likely intentional as the game originally hit the Wii two years after Resort did. It features similar local 4 player motioned control games. However, we’re leaving Wuhu Island by the wayside and instead we’ll be vacationing on the diverse Kawawii Island.

In all, Go Vacation for Switch will likely consist of the same 50 plus minigames and activities that the Wii version did. Another highlight of that game was its unique Bandai Namco inspired soundtrack. Go Vacation’s background music incorporated remixed tracks from iconic Bandai Namco games like Ridge Racer, Dig Dug, Pac-Man, New Rally-X, and Kotoba no Puzzle: Mojipittan. There’s no confirmation the same soundtrack will be included here, but it likely will be.

There’s nothing that indicates this game is anything more than port of the publisher’s 2011 Wii title. The graphics certainly don’t appear to be improved upon. But with no Nintendo published Wii Sports clone likely on the way, it’s filling a popular niche for the Nintendo platform.