Compulsion Games has announced that We Happy Few will be delayed from the original date of April 2018 to the more vague summer 2018. This is due to the decision to add more polish and rearrange the events of the game so that it is more coherent. 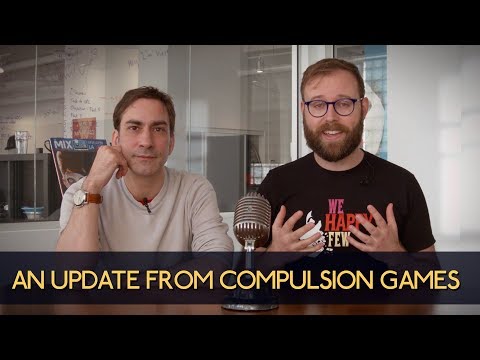 The developers state that though We Happy Few is complete content-wise, after reviewing the game in full, they decided that the first two hours or so of the game did not have nearly the memorable impact as the rest of the game. They want to make sure that Arthur’s story is just as developed as the two other playable characters, one of which is named Sally.

Compulsion Games have also decided to address the light controversy over the price of their Early Access game. Fans have complained that the price is far too high for what is given. They completely understand, especially since they have added so much content to the game outside of the Early Access version.

For example, the new playable characters and the first island the player is introduced to has been completely rearranged and revamped. They will not add this content to the Early Access version (save for the Life In Technicolor update), but they will be offering refunds to anyone who feels the price was unfair. This is regardless of playtime or when you bought the game, you can now receive a refund from Compulsion Games.

Going forward, Compulsion Games has disabled the buy button on Steam until the end of January to keep anyone else from suffering the same confusion. They hope that once they are able to show more information about the game without spoilers (and once the game is properly released in full) that fans will understand where the initial price came from.

We Happy Few is a procedurally generated survival game based entirely on the book Brave New World by Aldous Huxley. Though the main character, Arthur Hastings, is named after a detective in Agatha Christie’s Hercule Poirot series.