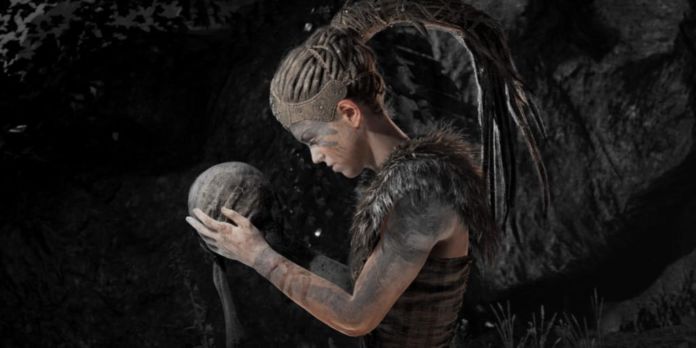 According to some early reviews of Hellblade: Senua’s Sacrifice, the game isn’t too keen on letting you get away with dying too often. It’s been said that the game isn’t as difficult as Dark Souls, so this mechanic shouldn’t be too difficult to handle. Essentially, if you die too many times, the game will delete your progress and plop you right back at the beginning of the game. The number of times you can die is unclear, but we know for sure it’s more than 6! As they say, you’d better “get gud.”

Spoilers ahead for Hellblade: Senua’s Sacrifice.

Nonetheless, the game states that “”the dark rot will grow each time you fail,” this rot is something Hel (the Norse goddess of the underworld) bestows on Senua before she properly begins her journey through the underworld. The game goes on to explain that “if the rot reaches Senua’s head, her quest is over and all progress will be lost.”

As Hellblade is supposed to explore the themes of mental health, this mechanic is certainly telling. One way of understanding it, is kind of like drowning slowly. Especially with depression, harmful thoughts can creep in without much suspicion until they’re too big to control and you are not longer able to do much of anything.

Such a death mechanic can also be a metaphor for Senua’s grief. As she continues to not accept the death of her lover, the more grief takes over until again, all control is lost. Unless she fights it, of course, and keeps her head throughout her mission through the first stage of grief, denial. Which is a harmful stage to linger in, as it stunts the person’s ability to actually deal with what happened.

Though this mechanic has left a few players unhappy, I think it tells the story well, and it forces the player to care about what happens to Senua. It’s not just a loading screen that you’ll sacrifice, you will take every gasp and shiver as warning signs and struggle with Senua through the horrific underworld.

What do you think of this death mechanic? Is it bad for the story? Does it take you out of the game rather than immerse you more? Let us know your thoughts in the comments below!

Previous article
Final Fantasy XIV Online Hits Over 10 Million Players
Next article
Augmented Reality: Is There Anything Beyond The Gimmick?