Laser League will enter Early Access February 8, 2018 for about $15.55 USD. Though at launch, the game will be on sale for 30% off. President of 505 Games Neil Ralley has stated that Laser League is a game built with community in mind. He is referring not just to the team-based gameplay, but communication between developer and player. 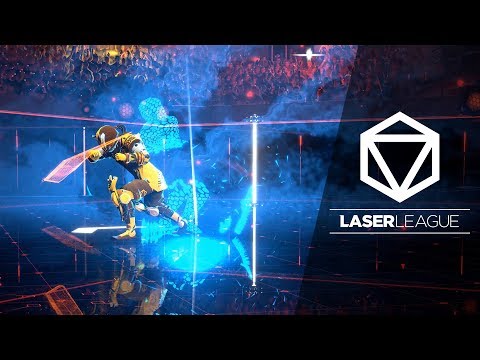 Apparently, developers Roll7 have been “energized and inspired by the content and feature suggestions the community has shared.” As such, we might be seeing some of those ideas integrated into the game in the future, though Ralley does not mention exactly which ideas. They will, however, be explored during Early Access so be sure to give as much feedback as possible when the time comes.

If you absolutely cannot wait, Laser League’s open beta starts today, you can check it out now on Steam. There is no need to sign-up either, just click the button and start playing. It is free as well, so if you are unsure about the game now is a good time to try it out without any monetary commitment. The beta will end Monday January 29 at 6am GMT.

Check out the beta now and you will receive a few in-game bonus items like the Al Shama OASIS 401 Limited Edition Kit, exclusive emojis, and character portraits. The beta will include 12 different maps, including Empire Campus Stadium, Geng Hao Megaplex, and Silvertip Arena.

Each map has a unique set of lasers that need players to move and strategize in different ways. The Empire Campus Stadium, such as, has long spinning lasers that never shorten like in other maps. The area is also smaller than the other maps, lending chaos to the already exciting gameplay.

Keep in mind that whatever progress you make during open beta, it will not be translated to the Early Access or full version of the game. You will still keep your in-game bonus items, but your progress will be lost.