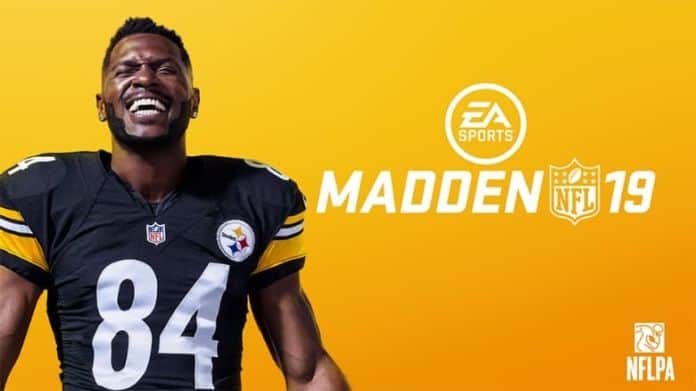 Yesterday EA Sports unveiled who would grace the cover of Madden 19‘s standard edition: Pittsburgh Steeler’s wide receiver, Antonio Brown. Considered the best wide receiver in the league, Brown certainly has earned his spot on the cover of this beloved NFL simulator. Naturally, he couldn’t be more excited:

To be on the cover is a real honor I’ve wanted to always have because I have so much connection with the game…Growing up as a kid I played Madden all the time, was being inspired by the players in the game. And now to be on the cover, it’s a special feeling (ESPN).

Another year, another cover. Most gamers find the Madden cover announcements to be a fun fact rather than something to spend much time thinking about. But this cover is a huge deviation from what normally comes from Madden covers and goes against what the NFL is known for: lack of individuality.

When the franchise first began the cover of the game had none other than John Madden himself, former American Football coach and sportscaster. In 2001, the Madden cover was given to an athlete for the first time in franchise history (not counting the fact that Barry Sanders was featured in the background of the 2000 edition of the game). 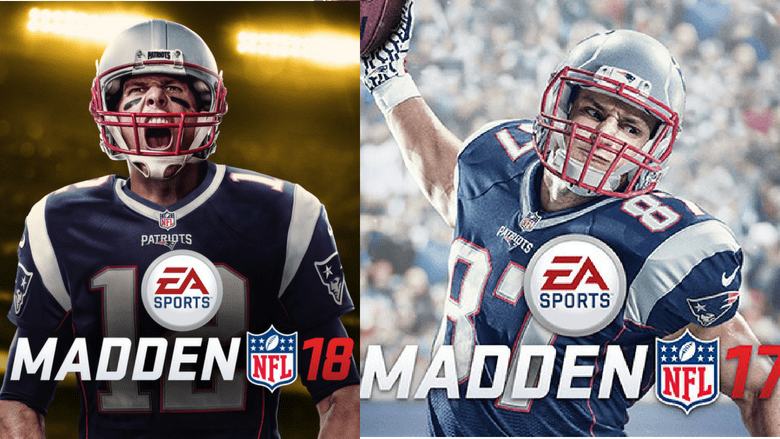 All these Madden covers display the athletes mid-action, in their most aggressive form. And each football player is wearing his helmet. So it was shocking to see Antonio Brown on the cover, not just at ease but actually laughing. His helmet and arms are at his side, displaying openness—vulnerability even. While this is its own kind of strength, it’s in direct contrast to previous covers. Despite the violence football is known for, Brown isn’t showing us his game face here. Instead, it’s just his face.

Typically the backdrop of the Madden covers is the gridiron, their team’s city, a combination of the two, or a steel gray color. But on Madden 19 Brown is standing in front of a vibrant Pittsburgh yellow. While this still represents his team (and the sport) it contributes to the lightheartedness. Brown is the embodiment of joy on this cover. It’s gorgeous, it’s inspiring, and it’s controversial. Here’s why:

Antonio Brown vs. The No Fun League

The brilliance of this cover is that it’s the perfect way to represent Brown. In addition to his prowess on the field, Brown is notorious for his bold personality. From going Facebook Live during head coach Mike Tomlin’s locker room speech (now that he did apologize for) to uniform violations due to wearing custom cleats to getting flagged for unsportsman like conduct for “twerking” in the end zone. Brown does what he wants because as he says the fines are “nothing to a boss.” 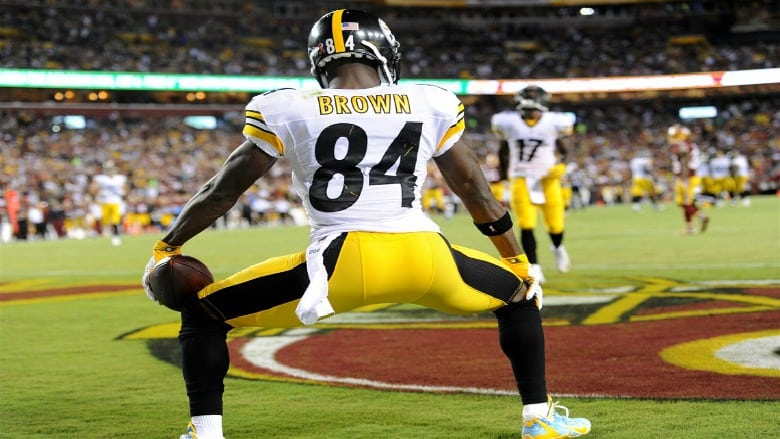 But Brown is a lot more than his bravado. He cites his alleged “twerk” as an old Miami dance called doodoo brown. And remarks that his blue cleats aren’t just a rebellious fashion statement but carry legitimate meaning to him: reminding him of freedom, water, sky, and peace/reality. Thus, helping him get through hard times on the field. All of which he discussed in an interview, following the incidents, on The Dan Patrick Show: 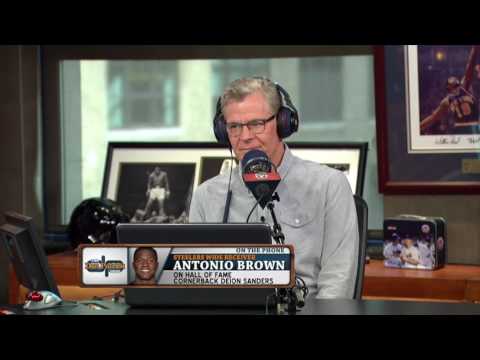 But the NFL doesn’t care for the nuances and the reasons, policy is policy. And the NFL has routinely been dubbed the “No Fun League” as a result of its various restrictions. Most recently we saw this with their reaction to players taking a knee during the national anthem in protest of police brutality. This rule essentially stops the protests from occurring and forces players/teams to either be obedient or out of sight completely:

NFL owners have unanimously approved a new national anthem policy that requires players to stand if they are on the field during the performance but gives them the option to remain in the locker room if they prefer… The policy subjects teams to a fine if a player or any other team personnel do not show respect for the anthem. That includes any attempt to sit or kneel, as dozens of players have done during the past two seasons to protest racial inequality and police brutality. Those teams also will have the option to fine any team personnel, including players, for the infraction (ESPN).

But what most rules in the NFL boil down to is the fact that they don’t want players displaying their individuality. It’s bad for their brand.

The NFL Wants to be Faceless

Many of you may think that’s a ridiculous statement. Wouldn’t superstars and household names be good for the NFL? And aren’t there plenty of well known players already? Sure, but that’s all despite of the NFL. The reality is the NFL wants you to be a fan of their teams and the league, not individual players.

Popularity is power and the NFL wants the upper hand. When it comes to the longevity of the NFL they’re banking on you being invested in the brand/teams; nothing else matters. To put it in video game terms, the NFL wants to be faceless to the same degree that Nintendo wants to protect their IPs. It becomes extreme. It seems like bad marketing. But it’s what they decided.

It’s about getting on and off the field. No personality or theatrics in between. By necessity players are literally hidden behind their helmet and face mask, but they’re also figuratively hidden behind the NFL’s policies. And they like it that way.

So for the Madden 19 cover to have Antonio Brown front and center, happy and helmet-less is bold. It’s daring. And in many ways it goes against what the NFL has built. EA Sports isn’t just acknowledging Brown’s humanity and individuality; they’re celebrating it. It even comes through in their announcement trailer for the cover athlete: 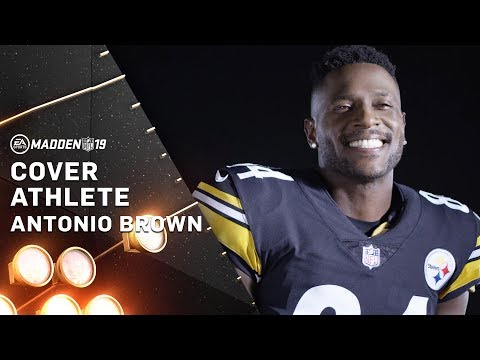 In fact, senior brand director at EA Sports John Rabenovets had this to say about Brown: “His game is hot, he’s got a ton of personality on and off the field. He was an easy choice for the Madden NFL 19 cover (ESPN).” EA Sports is putting Antonio Brown on a pedestal for the world to see and that’s the last thing the NFL would ever do.

But wow, is it a refreshing change of pace for Madden covers. I only wish the NFL took a bit of that fun, personality, and positivity into their league.