Home Games Magic: Legends: Everything We Know (So Far)

ANOTHER Magic: The Gathering game? Are you serious?! YES – we’re now being teased with Magic: Legends. This time, it’s an AORPG game.

Magic: Legends was first announced back in December 2019 at The Game Awards with a cinematic trailer.

And. It. Looks. FANTASTIC.

With more information and news starting to trickle out about the upcoming AORPG, we figured it’s time to bring it all together.

If you can’t wait to play Magic: Legends, here’s everything we currently know about the upcoming AORPG:

Will Magic: Legends Be Free to Play?

Yes, Magic: Legends will be free to play.

Is Magic: Legends an MMORPG?

No, Magic: Legends is not an MMORPG, but is, instead, an MMO Action RPG. 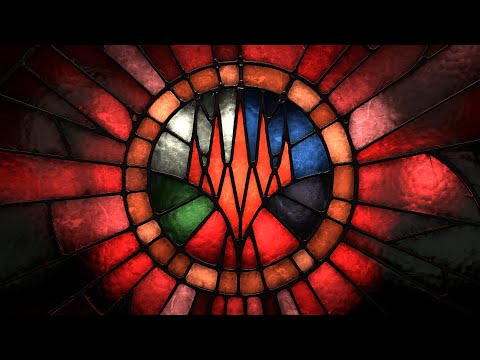 When is the Magic: Legends Release Date?

There currently isn’t a set-in-stone Magic: Legends release date, as Perfect World and Cryptic have only noted that the game will release at some point in 2021.

Who is Developing Magic: Legends?

Cryptic Studios, the developer of the Neverwinter, Star Trek Online, and City of Heroes MMOs, is developing the new MTG OARPG.

Who is Publishing Magic: Legends?

Perfect World Entertainment is publishing Magic: Legends. The company has quite a few other MMOs under its belt, including Neverwinter, Forsaken World, and City of Heroes, as well as some other great non-MMO games like Remnant: From the Ashes and Torchlight II.

How Many People Can You Play Magic: Legends With?

While Magic: Legends isn’t an MMO, you will be able to play it online with up to three players. Playing with others is not required, as you can also play the game solo in its entirety.

What Platforms Will Magic: Legends Be Available On?

Cryptic Studios is currently developing Magic: Legends for the PC, Xbox One, and PS4.

And, because Sony is now requiring any PS4 game that they receive for certification after July 13 to be forwards compatible, we will also see Magic: Legends on the PS5.

Magic: Legends will take a unique approach to combat – the random hand. The random hand will basically emulate the randomized card draw mechanic you’d find in Magic: The Gathering, but it will be translated on screen and into combat. Players will have a deck of twelve and a rotating hand of four spells at any time. The game will utilize the five elemental colors of Magic: The Gathering which will obviously come into play as cards are randomly drawn.

According to Senior Content Designer Sean McNamara, Overworlds are large open areas for players to interact with each other in an open world. The game will also have individually instanced maps that players will be able to play solo or with their friends. So, regardless of the type of gameplay you’re looking for, you’ll be able to experience it in Magic: Legends.

Overworlds are intended to be massive landscapes that players should want to explore, filled with life and enemies to fight. In an Overworld, players will be able to partake in Skirmishes: Minor Skirmishes, Major Skirmishes, and Special Skirmishes.

What Are Control Battles?

Control Battles will be a part of each Overworld region. There are three tower-like structures containing an ancient power in each region, and players who want to possess that power must have control of all three towers. If you take control of the three towers, you’ll earn the ability to detect rifts that you can travel to, which will lead you to a Shattered Reliquary (a mini dungeon).

If these Shattered Reliquaries are completed, the player will be rewarded with a spoil of relics, which may or may not include a new Artifact.

What Are Mana Wisps?

Overworld maps will contain what’s called Mana Wisps. There are five colors of wisps (each a color of the Magic Multiverse). These wisps will wander different areas of an Overworld aimlessly, giving boosts to creatures they happen to fly by.

Players can destroy the mana wisps or defeat enemies who are enhanced by the mana wisp to get extra loot, including mega caches of Planar Mana that can be used to advance a player’s realm.

Will There Be a Social Hub?

Magic: Legends will contain a large social area known as a hub that players will be able to travel to to, well, be social. The game will hold many different Planeswalkers at one time and will serve as a meeting place for players. The hub will also contain merchants and key story characters to interact with.

What Game Engine Will Magic: Legends Use?

Magic: Legends will utilize the Cryptic Engine of course, but it’s an adjusted engine. Cryptic noted that they stripped out certain current features of the engine to rebuild them from scratch for Magic: Legends.

Will There Be a Magic: Legends Beta?

Yes, you can sign up for the Magic: Legends beta now.

Is Magic: Legends Under NDA Still?

Yes, Magic: Legends is under a strict Non-Disclosure Agreement right now, and will likely still be under NDA for its upcoming closed alpha testing.

How Do Instances Work?

Each Overworld will contain ‘a number’ of replayable instances. There will be two different instance types and players can choose to play them in one of three ways: go solo, join up to two friends of their choice, or join an online queue to be teamed up with other random players. The devs also tease something called a Cartographer workstation (which needs to be unlocked) that will allow players ‘even more ways to explore’ instanced missions. 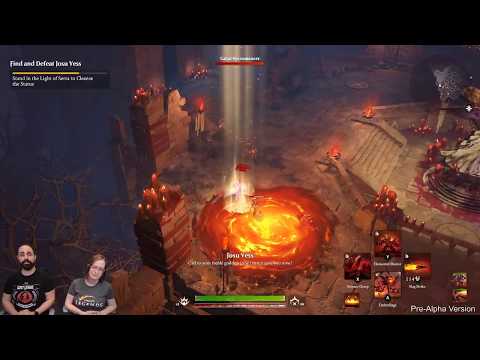