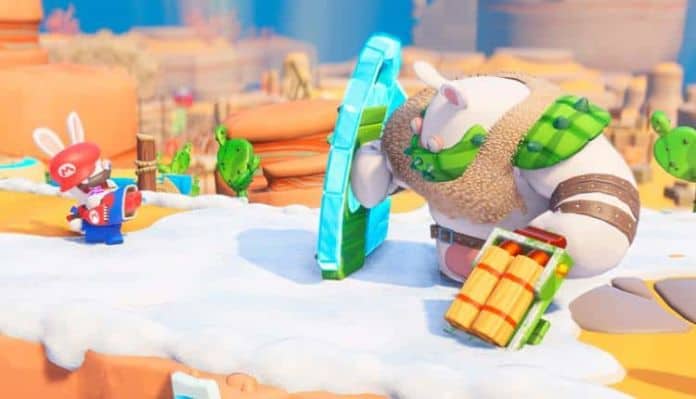 According to the Nintendo eShop listing of the Mario + Rabbids: Kingdom Battle Gold Edition, the second DLC for the game will include a new hero, world, challenges, maps, and weapons. The DLC will be coming in early 2018, with no further exact date. There are no details of the new hero, the listing only stating that the DLC comes with “an exclusive world featuring a new hero.” 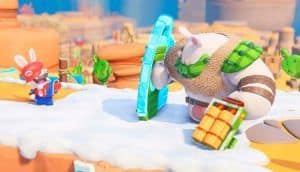 Since we have the main cast for most Mario games, it’s anyone’s guess who will be next. The secondary cast is vast and colorful, depending on the title they developers might pull from. Toad, for example, is quite popular. Wario is legendary, if not always well-liked. Daisy is also part of the main team on occasion. That is not to forget Donkey Kong and Bowser, always good choices in Mario titles if you want to muscle your way through a situation.

As to which world they will include, they also have a wide range to choose from with both franchises. Mario alone has several per main title, never mind those featured in Mario Party, Mario Kart, or any of the spin-off games. Perhaps the Paper Mario series will be redeemed in Mario + Rabbids with the more dynamic and interesting gameplay.

The upcoming DLC will also include 8 single player challenges, 5 co-op maps (both of which are included in the Ultra Challenge Pack DLC), and 16 new weapons. Again, there are no further details on what any of these look like or what they might feature. Still, having more content to play is never a bad thing.

The Gold Edition of Mario + Rabbids: Kingdom Battle goes for $79.99 USD and includes all of the above, the game, and a season pass. If you wish to buy the season pass separately, you can for $19.99 USD. Both previously released DLC packs are available for individual purchase as well. The Pixel Pack (weapons pack) goes for $2.99 USD and the Ultra Challenge Pack (new challenges and maps) is priced at $6.99 USD.

It has been rumored that this new hero will arrive in January 2018, but there has been no confirmation from Nintendo.