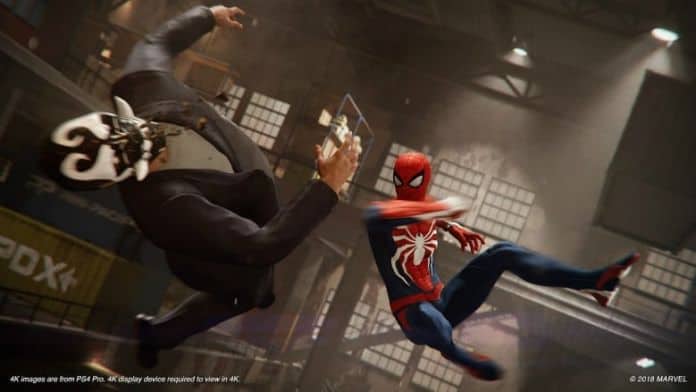 Marvel’s Spider-Man is a critically acclaimed action adventure game that served to collectively remind us that superhero games can be good after all. Earning a Metacritic score of 87, Spider-Man has rightfully claimed its spot as a good (perhaps even great) game in 2018. At the same time, the drawbacks of this game are obvious to just about everyone.

The enemies are waves of identical encounters, side-quests are shallow, the game doesn’t really pick-up until Act 3. The open-world feels outdated. And, of course, the list goes on. Yet, no one seems to really mind. So how does this game turn its flaws into footnotes?

Now that the web-slinging has stopped and the city has been (somewhat) restored, here are three key takeaways from Marvel’s Spider-Man, in relation to the rest of the video game industry. 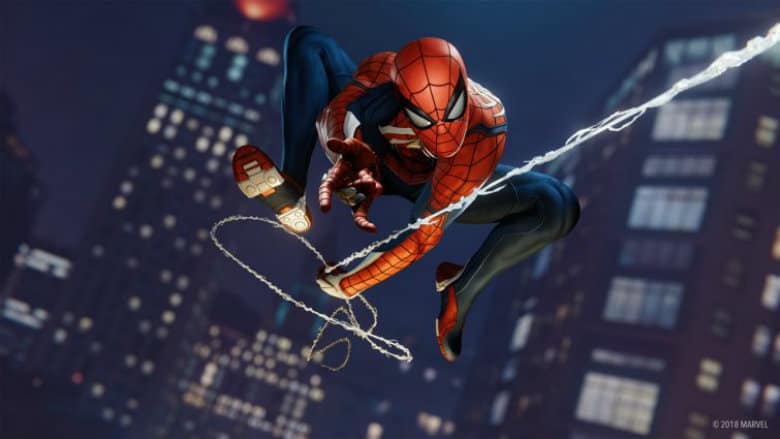 There Can Be Satisfaction in Repetition

The joy of Marvel’s Spider-Man derives from your own willingness to diversify your gameplay, and that joy increases over time as you become increasingly powerful (both as a player and character).

Once you’ve played the first few hours of Marvel’s Spider-Man, you’ve essentially experienced it all. There isn’t much development in the gameplay and two-thirds of the game are dominated by a few repeated character models known as the “demons.”

Each brawl plays like a 3D beat-em-up. If you’ve taken down one warehouse of baddies, you know exactly how to take down the next. But I found myself enamored with the different ways I can get the task done: from using interesting gadgets to waiting patiently for as many stealth take-downs as possible.

Just racking up my meter and executing a cinematic combat sequence was a visual feast worth pursuing.

Swinging is a variety of intoxicating acrobatics. The mechanic invites constant player experimentation as I found myself constantly playing with button combinations and testing out the physics by mixing up my release times. This game makes you lose any desire to touch the ground, which is good because if you did you’d realize how little is there.

The open-world in Marvel’s Spider-Man feels more like a vast array of architecturally impressive monkey bars than a city to immerse yourself in, luckily swinging feels like a dream.

Marvel’s Spider-Man repackages its monotony into a manageable grind. Even if you start off outside your gaming comfort zone, Marvel’s Spider-Man will have you feeling brilliant and accomplished by the end. Not only are you building up your natural skill through the repetitive tasks it gives you; you’re also becoming more powerful through leveling up, adding to your skill tree, and purchasing different suits while swapping in whatever powers you see fit.

I have to admit, you become pretty overpowered by the end, but it adds to the superhero fantasy.

Spider-Man is anything but a gameplay shopping spree. It’s a strict grocery store list with a fixed budget. On paper, it’s a boring slog that doesn’t make for a 15+ hour campaign anyone would want to see through. And yet, I could hardly get enough.

Each time I booted up Marvel’s Spider-Man, it felt the same every time but its a guaranteed level of fun. I never tired of hitting enemies with trash cans or outsmarting the, albeit incognizant, AI. While the game isn’t particularly challenging, its cinematic nature makes me bask in all of my successes and thank god that it’s forgiving the few times I do fail.

By the end, you’re extremely prepared to take down the sinister six, despite the range of challenges they throw your way. The end of the game becomes both a culmination and a celebration of what came before.

Spider-Man may have tossed me into a routine but it was one with enough dynamics to always keep things interesting. And isn’t that exactly what it’s like to live in a big city? 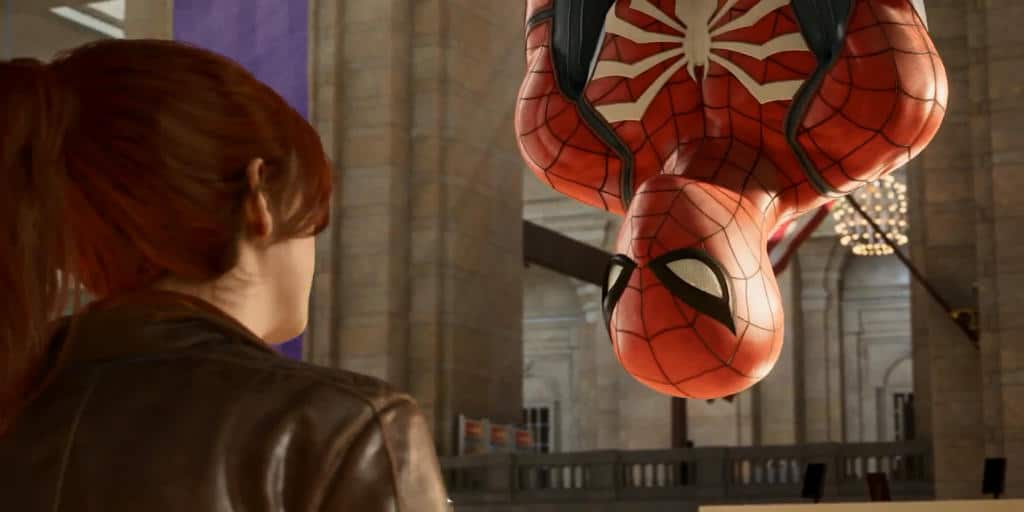 Additional Playable Characters Can Increase Your Investment in the Story

While naturally not as combative as the majority of the game, the sections where I was able to play as Mary Jane and Miles Morales were among my favorites in the entire game. In an adventure where I spent most of my time successfully gooning on anyone in my path, it was a refreshing change of pace to be forced into a level playing field. And narratively, it made me all the more invested in the story and empathetic towards the other main characters.

As a story-telling medium, video games typically only have you interact with/see other perspectives tangentially. While playing multiple characters may be nothing to write home about in, for instance, a visual novel or story-driven adventure game, it was a nice surprise when it cropped up in this superhero action game.

You aren’t just told MJ will take any risk for a story, you take that risk for yourself. It’s as thrilling as it is effective. Likewise, Miles Morales’ technological prowess is implemented directly by you, the player.

These vignettes help offset some of the aforementioned repetition while making the narrative more dynamic and ultimately impactful. I really believe these characters are a team because I’m playing through it myself. 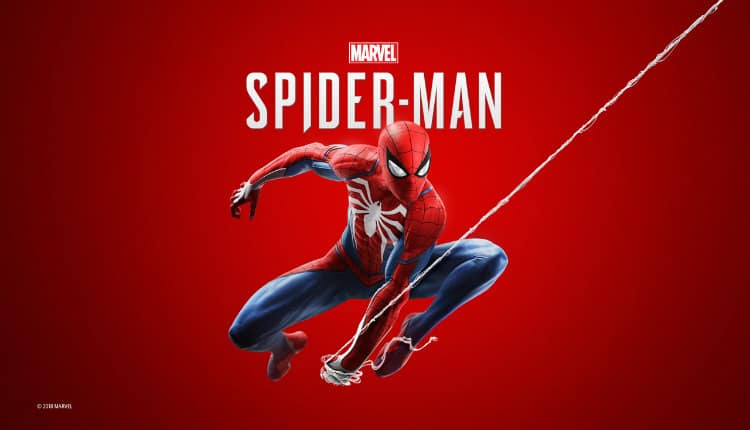 Reigniting a Franchise Name Is a Big, But Possible, Undertaking

When it comes to Spider-Man video games everyone readily shares the truth: “the games suck but Spider-Man 2 was good.” That was 14 years ago. And while plenty of gamers still remember that title fondly, it doesn’t do much for the franchise other than associate it with the harsh reality that Spider-Man is completely washed when it comes to video games.

Spider-Man the video game series, on a good day, is characterized by mediocrity. With this entry, they took what people once liked (a strong swinging mechanic and fun combat) and modernized it. Insomniac and Marvel dusted off any negative franchise associations not just by making a good game but by garnering attention from an extremely wide array of people.

While the target audience, obviously, is still gamers Marvel’s Spider-Man draws on elements from the comic books and even has its own place in the increasingly popular Marvel Cinematic Universe. This game garnered attention from comic book outlets and places that follow geek culture while also feeding into that interest with niche marketing campaigns like the Daily Bugle. We were immersed in Spider-Man’s New York before we even stepped foot in it.

But brilliantly enough Marvel’s Spider-Man appeals to comic book/superhero movie fans while requiring absolutely no knowledge of Spider-Man to enjoy the game or follow the story. Like other successful revamps, this story stands alone. It’s not tied to any one element of the world and this hodgepodge is welcoming to outsiders while remaining intriguing to insiders.

Marvel’s Spider-Man is a reminder that you can change the course of a franchise’s history and set sail for the better. Insomniac’s take on New York City leaves plenty to be desired but I was too busy having fun with what is there that to pine for what’s missing. The game plays like a good punk rock album. It’s formulaic but satisfying. What’s here that hasn’t been done before? Not much. But what is here is damn good.

In some ways, this is a result of playing it safe. The game has an adequate open-world and sufficient brawler sections. You don’t need to break ground to become beloved, however, lack of innovation lowers the ceiling of critical acclaim. There’s a reason PlayStation’s graphic for what the critics are saying is devoid of a 10/10. Still, Marvel’s Spider-Man laid a strong foundation and has a narrative that shines through the monotony. Next time around, Peter might just completely knock it out of the park.