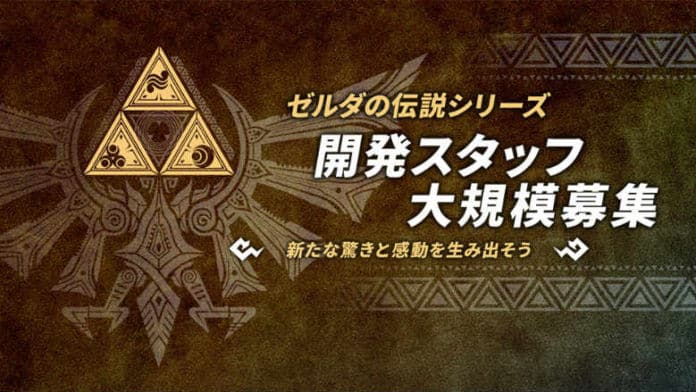 You don’t have to be a psychic to theorize that the next Legend of Zelda game is probably well into development. And now, thanks to some recent job postings and a tweet from Monolith Soft themselves, we know this second party studio of Nintendo’s will have a hand in the game’s development too.

Obviously, there are three big time Zelda releases on the company’s resume. So it’s a no-brainer for Nintendo to bring the studio on once again for support. But with The Legend of Zelda: Link’s Awakening remake shipping later this year, it’s easy to assume that Monolith Soft is staffing up for the next big console Zelda adventure.

As for what exactly the studio is hiring for, the good folks over at LootPots went through the trouble of translating the Monolith Soft’s recruitment page into English for us. Here is the list of staff they’re looking for:

Don’t get your hopes up on catching a glimpse at our future 3D Zelda at E3 this year. With heavy hiring still apparently ongoing, we likely won’t get to see what the potential project turns out to be for yet another year. Which leaves this year’s E3 in the hands of Animal Crossing and Pokémon fans around the globe.