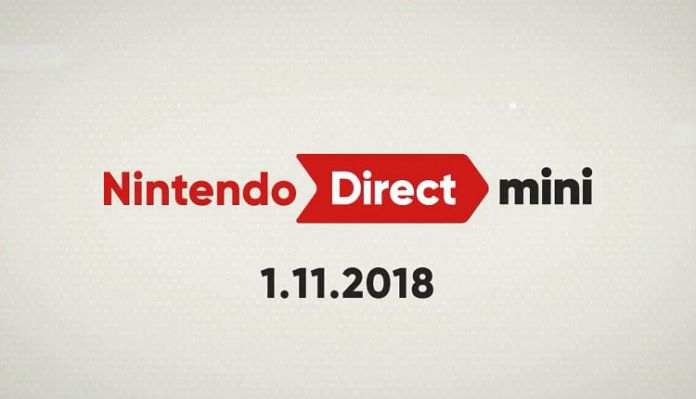 After days – nay weeks – of speculation and anticipation, fans finally have the Nintendo Direct they’ve been hoping for. It came with little fanfare though. Nintendo never revealed there would be a Nintendo Direct on January 11th. It was just heavily speculated. But with just a press release and a YouTube video, it’s here. 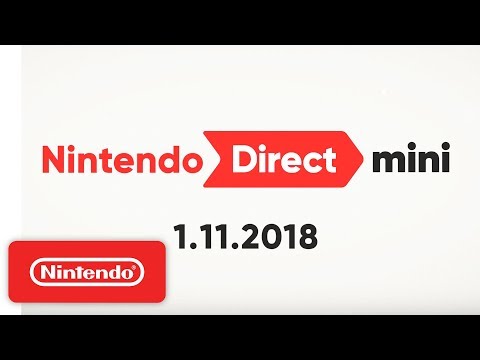 The clip started out with the announced of a DS port for the Switch. Ten years following its initial release, The World Ends with You –Final Remix- is coming to the Nintendo Switch. In it, your character must race against time to complete a series of tasks. If you fail, you’re literally erased from existence.

It’s a rhythm based game that brings the DS version’s touchscreen controls onto the Switch. Or you can use the JoyCons if you don’t want to smudge up that pretty screen of yours. The game is planned to launch later this year.

Following that came the reveal of new Pokémon heading to Pokkén Tournament DX. In Wave 1 of the game’s premium DLC comes Aegislash as a playable fighter. It’s joined by support Pokémon Mega Rayquaza and Mimikyu.

Wave 2 of the DLC will feature Blastoise as a playable fighter. His support Pokémon joining him will be Mew and Celebi. Avatar items and more will be included in the Battle Pack DLC too. Wave 1 will launch on Switch January 31st. Wave 2 follows on March 23rd.

The Nintendo Direct Mini then moved its focus over to Kirby Star Allies, and detailed some of Kirby’s new abilities within the game. They also announced that the game will be releasing on March 16th. A Nintendo 3DS demo of Kirby Battle Royale was also announced. Fans can download that and give the game a whirl as of today.

Hyrule Warriors: Definitive Edition was also revealed. Coming this Spring to Switch, every map, character, and mission from both the 3DS and Wii U game will be brought over. That also includes all of the premium DLC that was released. Breath of the Wild outfits for Link and Zelda are being added to the game as well.

Mario Tennis Aces was the next big reveal from the Nintendo Direct Mini. The new edition will feature a story mode, as well as new layers to the series’ core gameplay stylings. Nintendo is aiming to serve up the game this spring.

Nintendo showed everyone that they aren’t quite done with Super Mario Odyssey this morning. A new mode was announced featuring Luigi called Balloon World. Once you complete the main game, you can seek out Luigi within the game to jump into the new offering. 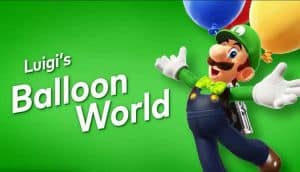 It’s a competitive online mode that has you hide a balloon somewhere across the world’s maps. It’s a race for others to find your balloon and you to find theirs as fast as you can. Alongside Balloon World comes new outfits for Mario, as well as fresh Snapshot filters. The new Odyssey content will hit the Switch for free in February.

Mario + Rabbids Kingdom Battle is getting a new character. Donkey Kong is coming into the game’s world, and with his inclusion comes a fresh piece of story. He’ll be swinging into the game this Spring via a new DLC pack.

Starbreeze Studio’s Payday 2 was also featured in the Nintendo Direct Mini. The game will incorporate an exclusive character for the Nintendo Switch version. She’s pretty cool too, as she utilized an LED mask that can change its look on the whim. Payday 2 hits Switch on February 27th.

EA’s Fe was also on display as was previously rumored. The indie developed game was announced to have a release date of February 16th on the Switch.

More Donkey Kong news landed a bit later in the Nintendo Direct Mini. Donkey Kong Tropical Freeze is being ported over to the Switch. With this version though, Funky Kong is being included as a playable character. It looks as though as he’s being implemented to make the game easier for those not ready to white knuckle it.

Funky Kong can double jump, hover, perform rolls to stay stationary in air, continually corkscrew underwater and even remains unscathed when landing in spikes. He’s essentially indestructible. The Switch version of Tropical Freeze will release on May 4th.

Finally, the show capped off with something that has been rumored for quite some time. Dark Souls Remastered is coming to the Switch. It’s scheduled for release on May 25th. Just a brief teaser was shown with no gameplay, so we’ll have to wait to see how it looks and plays. But bringing  From Software’s title over is a big 3rd party get for the system.