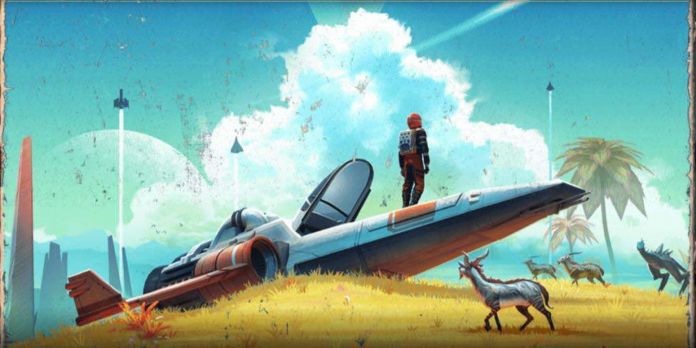 At this point it seems rather clear that No Man’s Sky was released about two years too early. With this new update, it sounds a lot more like the game Hello Games was trying to describe to us in so many interviews before the release of No Man’s Sky. That said, it’s up to you if you think the game is worth another chance and if these updates add up to a good game, or just a slightly better one. 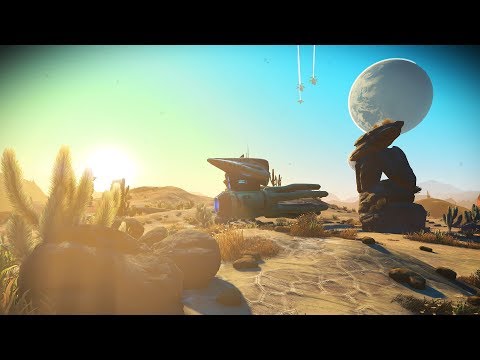 According to Hello Games, the Atlas Rises story involves the mystery of “the fabric of existence” faltering. Because of this glitch in the matrix, a new alien race appeared through the now active ancient portals. The tone this part of the update is written in implies that the new aliens aren’t here to party and help you along your journey.

All of this changes the main story of No Man’s Sky drastically, into an all new context with a “branching narrative” promising 30 hours of new content.

This is a huge step away from the original 2001: A Space Odyssey theme it had before. It is good to stand out and not say the exact same thing as Clarke did. However, wandering into the realm of sci-fi RPG takes away from the deeper meaning Hello Games could have achieved by simply telling the Space Odyssey story differently.

Heck, you could even argue that Abzû told the same story too, but they did it so very differently that it became interesting again. The trick, with any story, is to make the familiar unfamiliar. So where is No Man’s Sky going this time? What are they trying to make unfamiliar this time?

The next important part of the update, is the much asked after multiplayer. Hello Games calls it Joint Exploration. Because of the aforementioned glitch, you can now see up to 16 players and communicate with them via voice chat. Other players will appear as floating orbs of light and the voice chat is proximity based, so stick close to your friends once you find them.

If you’re feeling a little lonely and wonder where everyone is, you can use the now active portals to fast travel to more populated planets. It’s a start, to be sure. Hopefully in the next update, you will be able to trade with other players too.

Alright, I mention this last one among all the other UI and system updates in Atlas Rises because it’s somewhere between really handy, and might break the game. Terrain editing will allow you to literally add or remove parts of the landscape around you.

What you build depends on the materials you have, but they don’t mention how rare those materials will be. You see, if they aren’t rare, then there is no limit to where you can go and what you can do. Like the GLOO gun in Prey, it’s something that might break the game in a way if you know how and when to use it.

What do you think of these major update? Does it make No Man’s Sky worth another try? If not, what could Hello Games do to make you pick it up again? Let us know your thoughts in the comments below!

Previous article
Augmented Reality: Is There Anything Beyond The Gimmick?
Next article
LawBreakers Review