According to Jeff Kaplan himself, season 6 of Overwatch Competitive Play will be packed with plenty of important changes. One of the most significant changes being that the season will only last two months, instead of the previous length of three months. 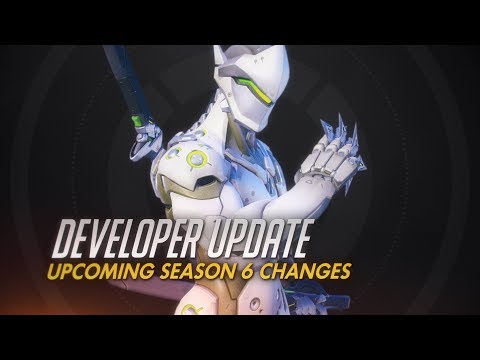 Kaplan explains that this change was made in order to condense the more exciting parts of the season versus the slower days. Which is code for, they want to condense the hype. The shortened time won’t change how much participants will earn, however. Kaplan states that it will be “roughly” the same competitive points each year.

The rest of the changes include:

Skill Rating Decay – The Overwatch development team has decided to cut the skill rating decay in half, from the player losing a whole 50 SR to 25 SR instead. If you don’t want to lose 25 SR, you need to play five matches per week at Diamond and up.

Control Maps – There has been an ongoing problem with matches going into overtime, so to combat the issue, the development team has decided to change it to the best out of three for this season. Though if anyone has watched a hockey match before, the final period always goes into overtime between well matched teams. Nonetheless, Kaplan is hoping that losing a control map will “sting less” with this new rule.

Placement Matches – In the previous two seasons, players were ranked a little lower than where their skill ranking should have placed them. This was for a feeling of progression for the players later on. With season 6, Kaplan states that deflating players on purpose “felt wrong”, so now players will be placed properly according to their SR.

Tiered Matches – These matches will now be a great deal more balanced and will let players earn more SR. As such, it is very likely that queues and wait times will be significantly longer. Kaplan hopes that it won’t be “super noticeable for most of us” but if the wait times get too long, they will work to change it again.

Kaplan promises that there will plenty more changes come later seasons. He assures us that “competitive play mode is an ongoing process.” They are always working on ways to improve and come up with changes to keep the gameplay fresh and exciting.

Season 6 of competitive will begin on August 31st.