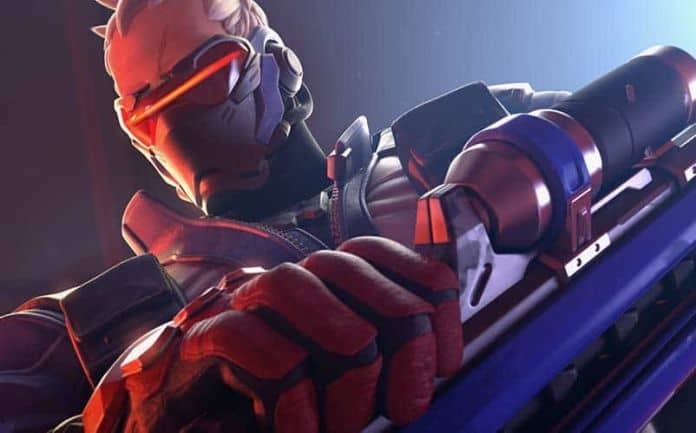 After the release of Overwatch’s awesome limited-edition Halloween loot boxes, we knew they had to have something equally amazing in store for the winter holidays. 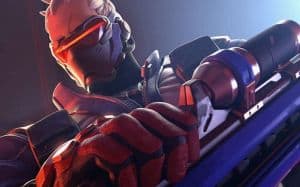 As anticipated, Blizzard has indeed confirmed that they will offer holiday content, but have left us to speculate as to what exactly that may be. Holiday skins, in particular, have been the topic of much discussion, so we thought we’d throw our own ideas into the mix about what holiday-themed skins we’d like to see. If I had any artistic ability I’d attempt to draw them so you can see exactly what I’m envisioning, but I’ll have to settle for describing them.

It’s also been rumored that there will be a new game mode like there was for Halloween. No details are available yet, but we think an Overwatch snowball fight would be spectacular. There’s also said to be four new maps, and although they introduced a snowy map in the last update, can you ever really get enough winter maps? No. The answer is no.

Santa Reinhardt – A couple of Reinhardt’s existing skins feature him without a helmet (including his Halloween one), and we can see that he has a long, white beard. He’s also German, which makes him a perfect fit. Slap a Santa hat on him, and you’re good to go.

Snowman Roadhog – Roadhog is already shaped somewhat like a snowman with his gigantic, round midsection; it’s not much of a stretch to picture it as a giant white snowball with a few coal buttons. Add a carrot nose, pipe, top hat, and scarf, and you’ve got a…Snowhog?

Reindeer Symmetra – Symmetra’s long legs and gait remind us vaguely of a deer, not to mention her headgear could easily be made into antlers. Give her a red nose, a deer tail, and some bells, and the transformation is complete. Dasher and Dancer and Prancer and Symmetra…

Present Bastion – Bastion is already pretty boxy, so all he needs is some festive wrapping paper and a bow.

Jack Frost Junkrat – With white/blue skin and silvery hair (maybe his spiky hair could even be icicles), Junkrat would make a great Jack Frost. The spikes sticking out of his backpack could be icicles as well. It would be really cool if his gun could somehow shoot snowballs instead of bombs, but that seems unlikely, as skins have never affected weapon projectiles before.

Ornament Zenyatta – Just picture the little orbs circling Zenyatta’s head as Christmas ornaments. That’s it, that’s all he needs. Maybe change the color of his pants to green, or an ugly Christmas sweater print, and they’re done.

Ghost of Christmas Future Reaper – Also known as the Ghost of Christmas Yet-to-Come, this character from Charles Dicken’s A Christmas Carol seems perfectly suited to Reaper. Picture him materializing in front of you in a tattered gray robe with his face obscured (maybe slightly spectral), before yelling, “DIE! DIE! DIE!”

Ebenezer Scrooge Soldier 76 – Soldier’s crotchety disposition makes him a shoe-in for Scrooge (and he would go perfectly with Reaper’s Ghost of Christmas Future). He already has the grey hair, he just needs a black tophat and a monocle in place of his usual visor. Bah humbug.

Mercy Snow Angel – This one seems fairly obvious, as Mercy’s normal costume already has angelic themes; however, we picture her something like an angel Christmas tree topper, complete with feathery wings and flowing, gold-lined robes.

Tracer Elf – It’s easy to imagine Tracer zipping around in red-and-green striped stockings, with pointed ears and bells on her shoes. Maybe it’s her small stature, but somehow, Tracer seems made for an Elf costume.

Torbjorn Elf – If not tracer, Torbjorn is the obvious choice for one of Santa’s little helpers. He is little, after all, and he also builds things with his hammer. Can’t you just see him laboring in Santa’s workshop over toys, instead of his turret? Let’s just hope he doesn’t confuse the two.

Mrs. Claus Ana – In-game flirtations have caused speculation that there may have been a romantic relationship between Reinhardt and Ana, so it seems only fitting that she be Mrs. Claus to his Santa. She already wears a hood, so it just needs to be red velvet and fur-lined.

Yeti Winston – Winston is already covered in fur, so if you just make it white and give him a blue face and hands, he’d make a perfect abominable snowman. That would be utterly terrifying dropping down on you from out of the sky.

Ugly Sweater Lucio – Lucio already has a hockey skin from the summer Olympics, so that’s out, and for some reason, we can just picture him in an ugly Christmas sweater. He just seems like the jolly type that would get totally into the Christmas spirit.

Snow Queen Mei – This one was tough; ice is Mei’s element, so she obviously needs a Holiday skin, but it was difficult to come up with something specific. We finally settled on a snow queen (not Elsa, more like the one from Narnia), with a fur-lined hooded cape, a scepter to shoot her ice from, and maybe even a silvery crown.

Skins are undoubtedly the most sought-after holiday items, but there are a number of other collectible items in loot boxes as well. For Halloween, they included an identical victory pose for all heroes, so for Christmas we’d expect something along the same lines – perhaps opening a present or something of that nature. For voice lines, we could see Bastion getting a little holiday jingle (maybe “We Wish You a Merry Christmas”), Soldier could say “bah humbug”, and Reindhart’s could be, “You better watch out, you better not cry.” Sprays that are usable by all heroes would be a good idea, too, such as Christmas trees or Menorahs. Lastly, a highlight intro that features the hero throwing a snowball at the screen and then wiping the snow off would be awesome.

Blizzard will be releasing their Overwatch Holiday content tomorrow, December 13. So far, they’ve put out some great seasonal content, so we can’t wait to see what they have in store. If you’re feeling in the holiday spirit like Blizzard, also check out our list of all of the Christmas movies on TV in December.