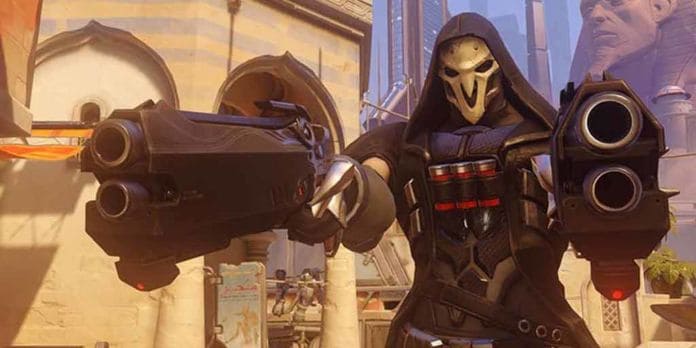 Overwatch, Blizzard’s newest title, is a class-based shooter that smartly blends the colorful personality of Team Fortress 2 and the tactical gameplay of Counter-Strike. It’s a game that is deceptively complex, yet never feels like it’s only catered to masters of the FPS arts. You can have just as much fun hopping into a match with friends as you will entering tournaments in the thriving eSports scene. With multiple betas and extensive community feedback, is Overwatch another grand slam for Blizzard or is this team of heroes fractured?

One of the biggest worries with multiplayer focused games is the lack of a campaign or any sort of story mode that allows the player to gather a better understanding for what they’re fighting for. While you may not have a direct narrative, the game’s world unfolds in a smart organic matter through the environment and various dialogue between characters. Some heroes such as Tracer will have full discussions with others in the room, while you wait for the timer to hit zero.

Though this is a bit unorthodox, it keeps the game’s pace going without trying to subject you to cutscenes or overtures before each match. The world is an interesting one, as robots called omnics fight for freedom while humans believe they have become a threat. There are various characters, such as Zenyatta, that will make reference to big story moments that took place in the various video shorts Blizzard produced before launch.

Make no mistake, however, the meat of Overwatch are the 21 heroes that are available play in the various multiplayer modes. The entire roster is unlocked from the start, which allows players the ability to experiment and try out new characters on the fly. Each hero fills a specific role that can help benefit the team and are divided into four distinct classes, Assault, Defense, Support, and Tank. Assault classes are the damage dealers and characters like McCree can wipe out entire teams with a well timed Deadeye ultimate. The defense heroes are able to hold down objectives by taking up sniper positions and placing structures such as turrets or ice walls.

The tanks are the front line fighters, used to push objective or break enemy defenses and support are your healers who are critical to any victory. Having a varied roster will give your team a better chance and the game will recommend what classes it thinks your team will need.

Each character has a variety of abilities that help set them apart from the rest of the cast outside of just their regular weapon. Genji can use Swift Strike to cut through opponents or reach high ledges, while his deflect can send almost any projectile back at your opponents.

Healers, such as Lucio and Mercy, can offer either speed or damage buffs to other teammates along with their basic healing power. While the game is still fresh, it’s unknown if an overpowered character will emerge to define the meta, but there have certainly been some favorites. Mei and Bastion jump to the front of the list, as the former can freeze enemies in a matter of seconds while the latter can dish out an incredible amount of damage once in turret mode. Whether Blizzard will actually nerf or buff certain characters has to yet to be seen, but their presence hasn’t completely run rampant in matches. 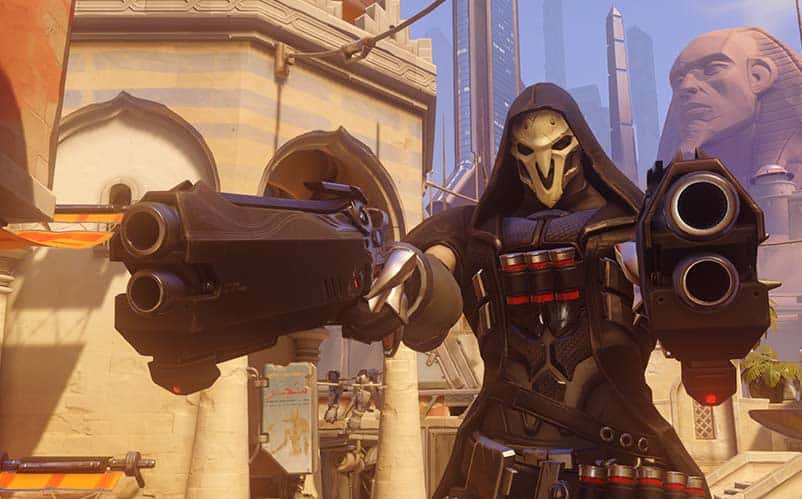 After every game, you will earn XP that allows you to rank up and obtain loot boxes. These containers have rewards that are all strictly cosmetic, such as a new skins, highlight intros, and dialogue lines. Surprisingly, there is no way to directly send or share your highlight reel, though Overwatch will save your play of the game regardless if you were the “Play of the Game”. Microtransactions have also made their way into Overwatch, but these are strictly to purchase loot boxes for cosmetic items and have no bearing on the gameplay itself.

As stated before, sticking to just one hero is usually not the safest idea. Every hero can be countered by others, and it’s important to recognize this when going into matches. Blizzard doesn’t outwardly say it in the game, but Overwatch is very much a rock, paper, scissors set up. Classes all have their strengths and weaknesses, so understanding what it takes to negate another character’s advantage is an important skill to learn in Overwatch.

While they could have done a better job explaining this aspect of Overwatch, the helpful tutorial section will let you brush up on characters you may be unfamiliar with or just want to practice as. There are also custom matches with various settings you can tweak and adjust, opening up the possibility for a large competitive scene before the ranked playlist makes its debut at the end of June.

There are 12 different locations for battle that all have their own unique designs and strengths. The Hollywood map has players contesting over an executive’s limousine as they escort it through various movie back lots. Ilios, on the other hand, gives players a charming seaside town to fight in that may just have make you stop and stare at the gorgeous view. Hopefully, not for too long as all of Overwatch‘s game modes are objective based, that work well with the team-centric design. The modes in question are payload, capture the objective, and king of the hill; all of which don’t add anything special to the formula.

Don’t get me wrong — they serve as good points to contest over — but the glaring lack of actual modes to play is a problem. With only three modes and 12 maps, none of which overlap over each other, it won’t take long before you’ve played every possible combination that Overwatch has to offer. What’s worse is that you only have the option to quickplay, meaning you’re unable to specifically choose what game mode you want to participate in. It’s frustrating, but nothing that too heavily detracts from the overall experience.

Overwatch is a near masterpiece in the multiplayer genre, offering a refined and highly tuned experience to veterans and newcomers alike. The memorable cast of characters combined with the beautifully designed worlds makes Overwatch a visual pleasure all on its own Combine this with the excellent combat and Blizzard may have made one of the best multiplayer games in the last decade. Whether it thrives to the length of the games like Team Fortress 2 is yet to be seen, but Overwatch won’t stop us from dumping hundreds of hours into it anytime soon.