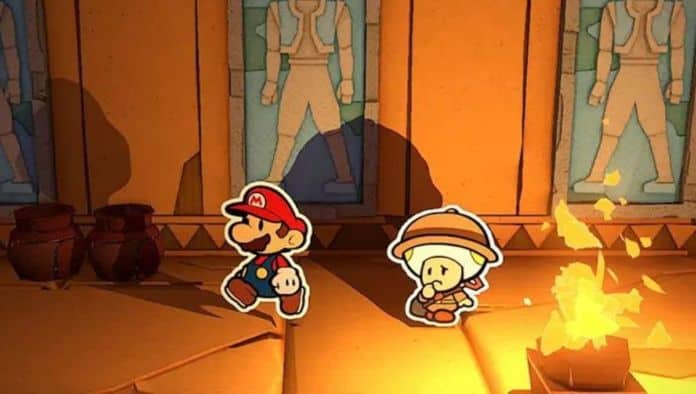 The Paper Mario series has the status among Nintendo fans of a troubled offspring to the Mario franchise. Brilliant in its infancy, with two excellent installments out of the gate and a quirky but well-received third title, the franchise has suffered from some questionable decisions in its teenage years.

As it nears its 20th birthday with an out-of-the-blue Switch release, Paper Mario: The Origami King can learn a lot from its past, for good and ill. These are the lessons – positive and negative – which will make it a success. 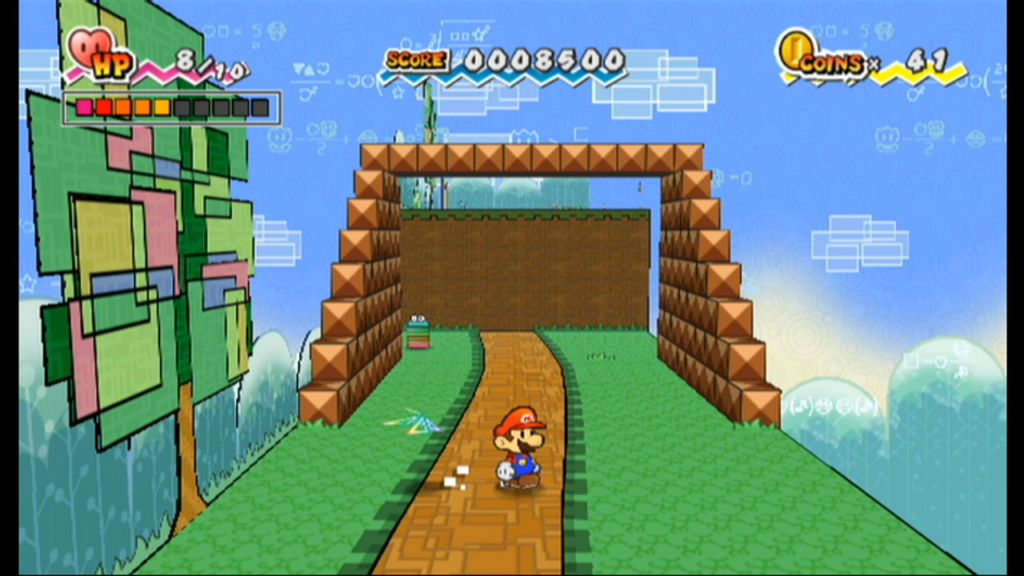 The Mario RPGs, particularly the Paper Mario series, have been at their best when they develop gameplay depth from simple premises. In the first two games, Mario’s attacks are established early on as being jump-based and hammer-based, with most other moves following as extensions of those concepts. Super Paper Mario went even further and reduced combat to standard Mario platforming, albeit with some partner gimmicks introduced along the way.

Sticker Star suffered because its theoretically simpler combat forced the player to constantly monitor sticker numbers and types rather than developing a bespoke combat style, then settling on that to handle encounters without thinking too much. We only see one second of combat in the new trailer, though it seems to suggest things are back on track. 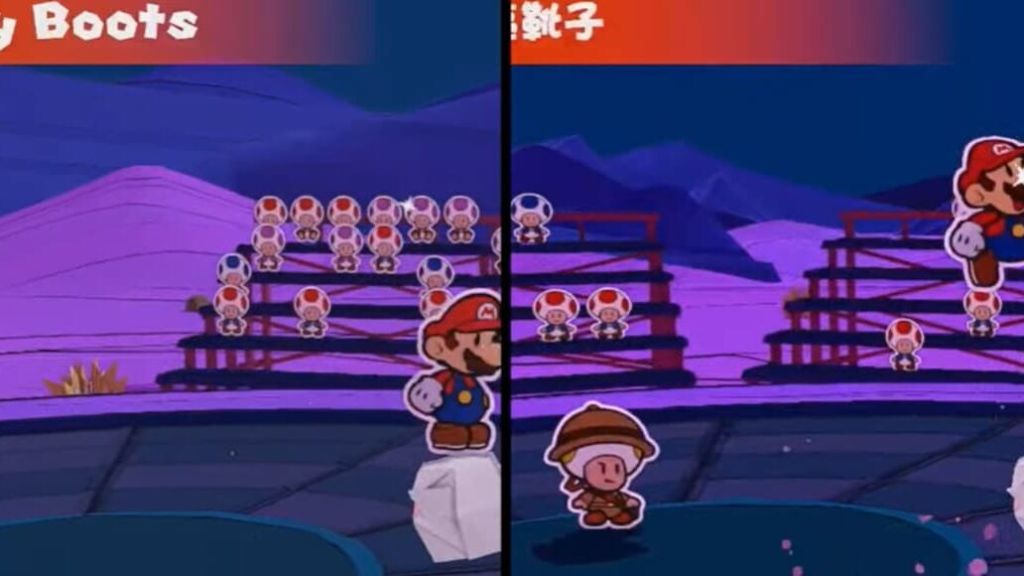 While they lost much of their individuality in Super Paper Mario, the Partners (sidekicks) were the standout stars of the first two games. Mario is a blank canvas with little established personality – so we rely on the sidekicks to add flavor to dialogue, bring variety to combat, and to act as a player surrogate during moments of fourth-wall breaking.

The Origami King offers some promising signs with an adventurer Toad and a Bob-omb, plus an unnamed origami creature all featuring in the trailer, but it remains to be seen whether they’ll play quite the same role as traditional companions.

Innovate With the Format 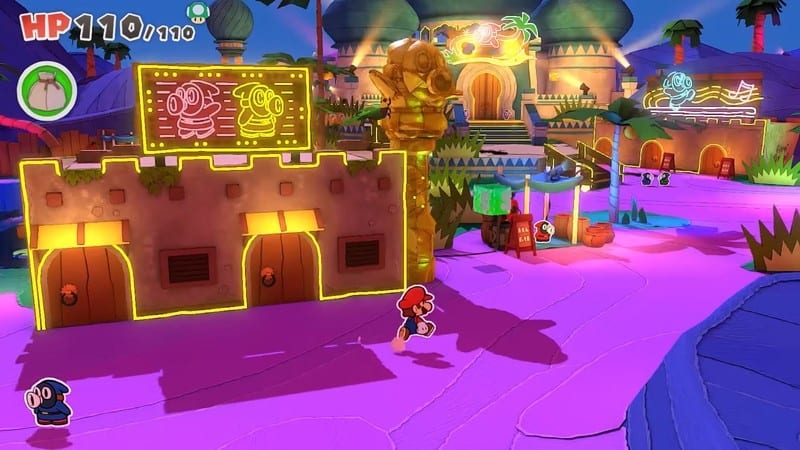 Just because many of the innovations of Sticker Star and Color Splash didn’t work doesn’t mean that wallowing in the most popular aspects of the old games will put Nintendo onto a winner. The origami element does offer some possibility here, with potential for new combat moves and overworld puzzles – and the trailer shows a wide variety of locations and mechanics, which is an encouraging start. 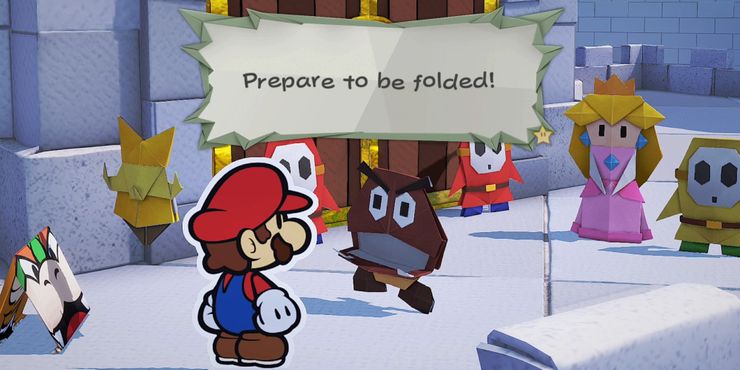 Part of the joy of Paper Mario – and, in fairness, of the Mario & Luigi sister series – has long been its permission to sail close to the wind of Nintendo’s family-friendly wholesomeness. Sadly the days of the GameCube’s obscurity are now long over, so it’s unlikely we’ll return to robots falling in love with Peach, or a noose dangling in the middle of the hub world, but that doesn’t mean the rather generic settings of the past two games should be the default.

Fortunately, if the trailer is anything to go by, featuring a folded up origami Bowser, some kind of disco mummy, and sky battles against giant paper planes, Nintendo has taken this one on board. 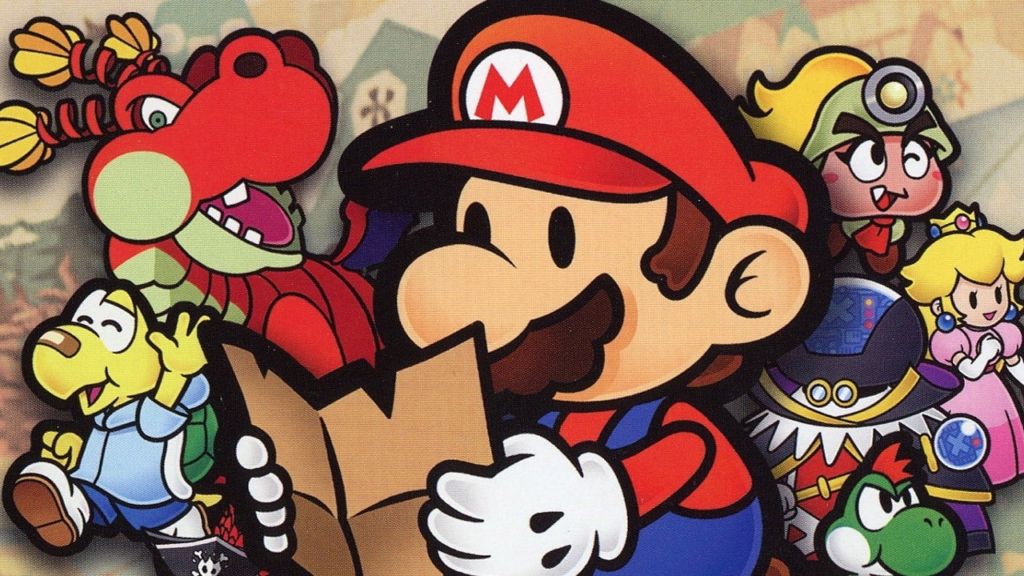 Paper Mario: The Thousand Year Door is the best game in the series. That’s not solely because of its huge amount of content or its pitch-perfect mechanics – though those are great – but because as well as making us laugh, it makes us care about its characters and their fates. Life in the Glitz Pit goes on after the villainous Grubba is banished, the train keeps running free of mysteries, sidekicks grow and develop, and that’s so much more relatable than the consequence-free linear levels of more recent titles – this is a lesson The Origami King would do well to heed. 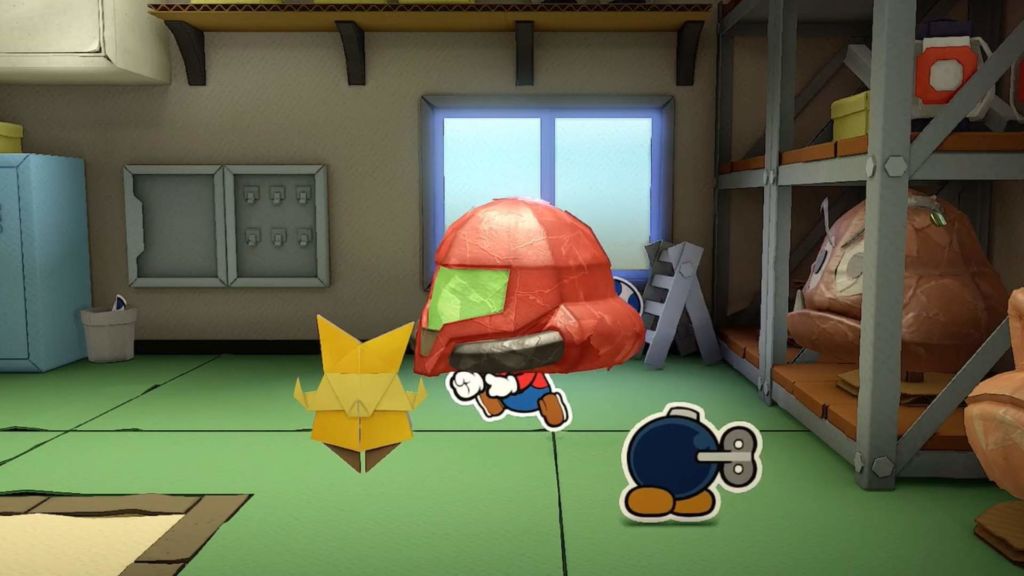 One warning flag raised by The Origami King’s trailer was the ending scene in which Mario wears a giant Samus head in what seems to be a theatre’s prop storage room. The humor fell flat, and not just because the joke in dialogue was obvious, but because it was a perfect example of reference in place of real parody.

The series has never been immune to the odd Nintendo callback, but it was at its best when wholly optional and limited to short gags, such as the Toad child in Petalburg keen to extol his new Game Boy Advance games.

A sly wink and nudge to long-time fans is perfectly welcome, but it can’t stand in place of original humor of its own.

But Don’t Forget the Lore 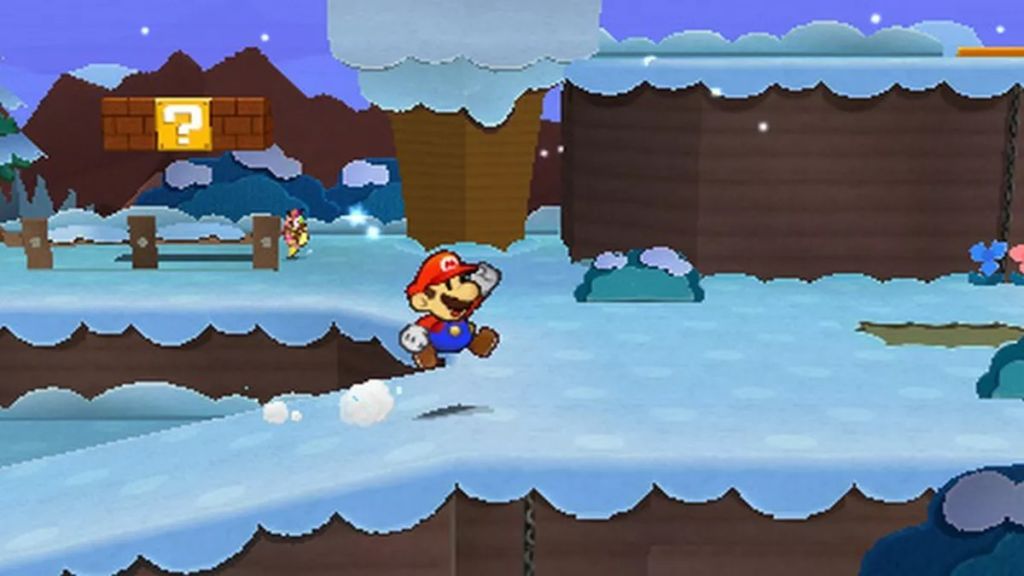 The Mario platformers might bring in the money, but it’s the RPGs that lift the curtain on the world behind the franchise. The early games built their brand on subverting our expectations, with friendly Goombas, unexpected villains, and a cynical, irreverent look at the realities of life in a saccharine monarchy.

With a four decade-old world, there’s bound to be repetition. That’s why the RPGs, which after all must rely on their writing to sustain them, have to work extra hard to ensure that we know more about the world Mario inhabits coming out of the game than we knew going in.

Don’t Lean on the Format 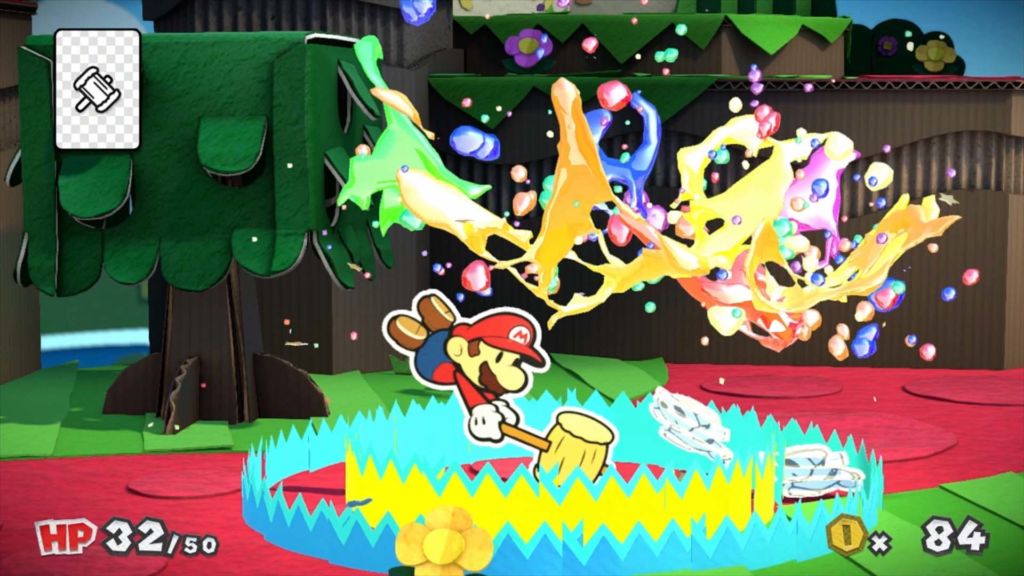 Paper Mario is at its best when the concept of the characters being made of paper is incidental to the plot. While the early games are presented in the charming pop-up style, the characters are simply characters in a Mario adventure which happens to be told that way, with occasional papery mechanics handed to the player, but seldom remarked on in-universe.

In the later games, the concept first of stickers, then of paint drained from the world, brought the physical nature of the world uncomfortably close to being a crutch for easy laughs. No matter how beautifully gift-wrapped the new game, it will need to stand up under scrutiny with the paper torn away.

Robin Wilde
is a writer and designer based in the North of England. In his spare time, he runs a retro gaming YouTube channel, Digital Wilds.