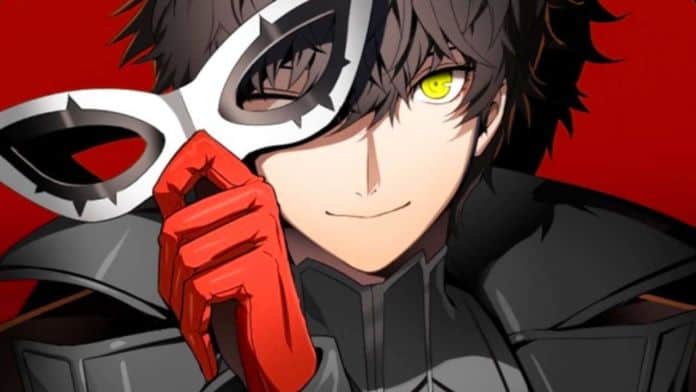 When I first started the Persona series, I thought nothing could top or improve my first experience with the games, but I was wrong. After hundreds of hours of gameplay, I found each title in the series an improvement on the next. Whether it be battle mechanics, characterization, or just the general story/experience, I was impressed with every title’s ability to improve on the last title.

With the recent release of Persona 5, our hearts were stolen as we fell in love with the immersive universe and the phantom thieves of hearts. As the credits rolled and tears streamed down my face, I thought to myself “nothing could top this”.

I felt like over the past 100 hours or so that I made friends with the characters and actually changed the world. However, every time I’ve beaten a mainline Persona title, this has been a reoccurring thought, and ATLUS continues to surprise and surpass our expectations.

In a recent interview with ATLUS Japan, ATLUS stated that their goal was to surpass their most recent hit, which is quite an undertaking, considering the outstanding response from last year’s P5. How could a game that has received multiple 10/10 review scores and described as a close to perfect title be improved?

We have a few ideas to make the experience even better, fresh, and appease both old and new fans of the series. Here’s everything we want to see from a Persona 6. 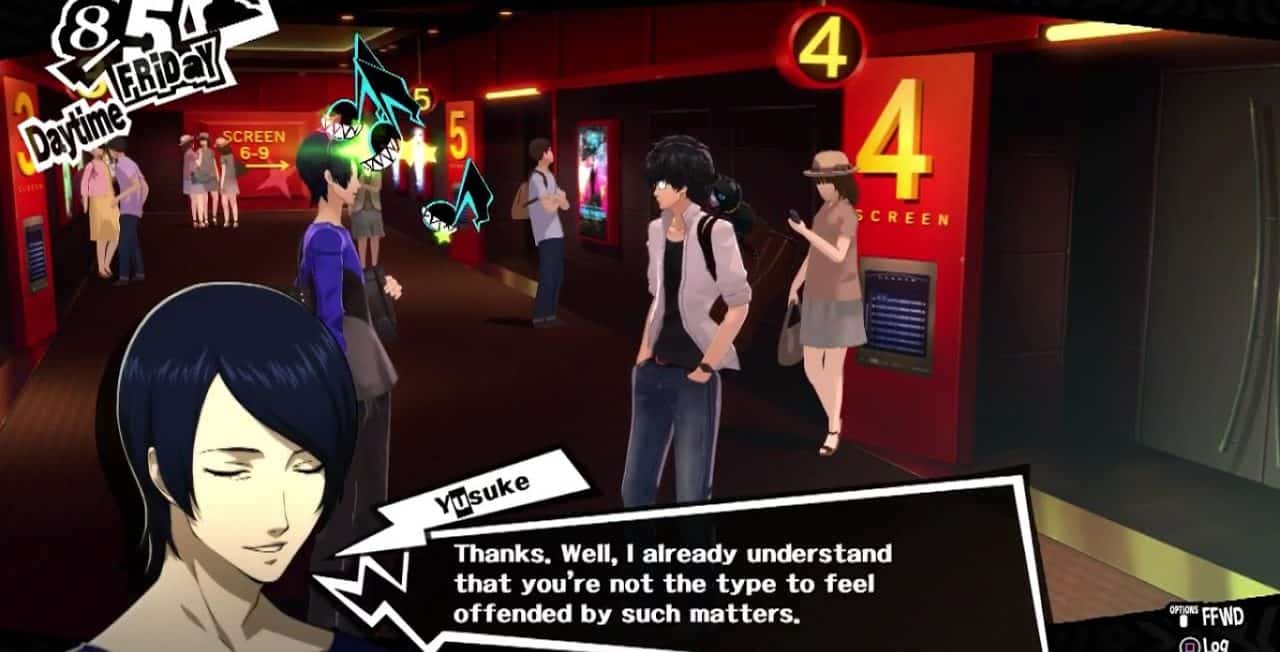 In the Persona series, we form bonds and relationships with team members and side characters and learn more about their backgrounds and goals in life. One of these aspects includes romancing a girl if you choose. One major complaint many fans had about Persona 5 was that only the female cast members were romanceable.

Considering the theme of breaking boundaries and fighting against the world, ATLUS missed their chance in Persona 5 to include a same-sex relationship. There were hints of attraction to the protagonist in Yusuke Kitagawa and Yuki Mishima’s confidants, which would have made great romance options. Although Japan is a little behind in same-sex equality in games, for Persona 6 we would like to see the ability to date characters regardless of gender, especially since Persona deals with fighting against the norms of the world.

A Female Protagonist/Choice of Player Gender

Persona has had several male protagonists, but we have had a few front-running ladies in the past. Maya Amano in Persona 2: Eternal Punishment and Minako Arisato in Persona 3: Portable were great characters that added different perspectives to the universe, and in some cases, an entirely new story experience. Whenever Persona 6 releases, it would be nice to have one of two things: either a female protagonist or the choice between a male or female MC.

The male protagonists in the Persona series are great, but it would be nice to mix it up in the future. Since ATLUS as a company is evolving at a rapid rate, it wouldn’t be too far off to expect the choice between a male and female MC in a future title, especially since that has been done before with P3P. This would appeal to all fans and make the social experiences fresh and exciting.

An Older, 20-something Cast and Unexplored Setting 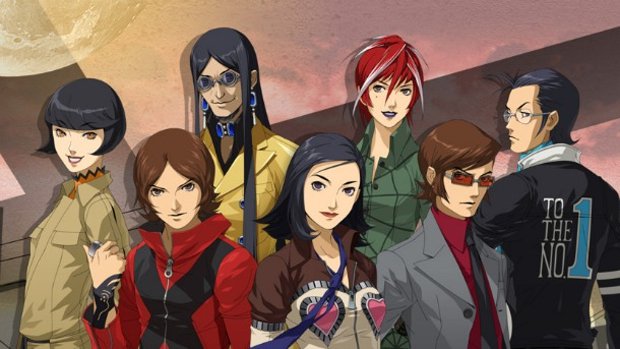 There is one thing all of the recent Persona titles have in common: a cast set in a high school. Although high school is considered the prime of one’s life in Japan and has many opportunities for stories, events, and more, it would be nice to see older party members and characters. At one point, the main Persona demographic was in high school, but most of us have grown up. This was revealed in one of their surveys, that said most of the fanbase is in their 20’s now.

With games like Devil Survivor, Devil Summoner: Soul Hackers, and Persona 2: Eternal Punishment having an older cast, it would be nice to see characters in their 20’s trying to figure out what they want to do with their lives. This allows for many unexplored settings, such as a college campus, a work environment, or maybe even several young adults in different places in their lives coming together. There are so many opportunities with this age demographic, and a college campus would allow for the fun year-round events as well.

See Also: Persona 5 & The Increased Workload of a Female Lead

A Full Calendar Year and a Bigger World

Persona games run on a day by day calendar system. Although Persona 5 had an extensive calendar, what about a full year? In Persona 3-5, we saw a time skip of a few months between the final battles. If Persona 6 went a full calendar year, it would have potential to be even bigger and have an even longer story. Persona 5’s story was very long but well executed, so the challenge in the new games would be to make sure it doesn’t drag on. Another challenge would be making the world even bigger than the streets of Shibuya.

The question is how. In past interviews, it was revealed that Persona 5 was supposed to be about backpacking and making a trip around the world. Maybe the next Persona game could feature several locations across Japan or even internationally, which would make it even bigger and the full calendar more justified. There is a ton of potential with this theme, including changing the world city by city, or fighting enemies in different locations. 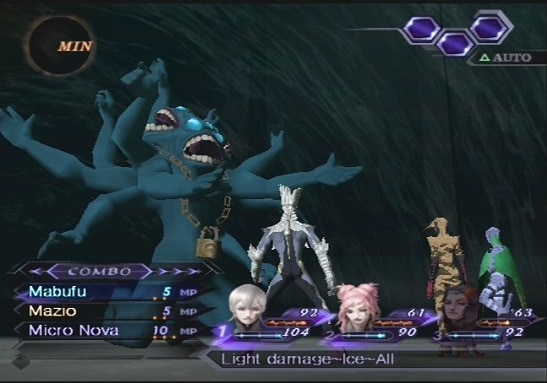 In Persona 5, we saw some new gameplay changes that made the experience even better, more refined and an overall improvement on the past. For example, elements from Persona 1 and 2 were brought back in like demon negotiation, guns, and Psi/Nuclear skills. Demon negotiation was probably the best change to the combat, so making that even more in depth would be amazing for the future.

For example, having long, meaningful conversations with demons or having them interact more could be one additional change.  It also would be pretty cool to have demons become party members like in Nocturne, or have characters change into the demons like in Digital Devil Saga. Themes/story elements from past games such as saving friends from their demise (Devil Survivor) and having a “Persona” twist to it. There is so much potential and near infinite possibilities given the past of the series.

A New Genre of Music by Shoji Meguro

Persona music is always unique and has a different theme depending on the game setting. Persona 3 had the rap vocals of Lotus Juice, Persona 4 had happy-pop feel good tracks, and Persona 5 introduced acid jazz. Depending on what the theme of Persona 6 will be, there is definitely potential for an entirely new genre of music to make its way. Shoji Meguro, the genius composer of the Persona games, is the master of mashing music genres to make unique and catchy soundtracks.

Perhaps we could have a set composed of electronic dance music, rock/guitar, or maybe even a genre we aren’t familiar with. Whatever it is, Shoji won’t let us down. We will have jams for years to come.

New Mythology of the Personas

Although Personas are considered a part of ourselves, the designs are based on several heroes from various sources of literature and mythology. Persona 2 and 3 delved into Greek mythology, while Persona 5 featured famous literary thieves. So what’s next? For Persona 6, it would be different to see Egyptian mythology explored, especially given the amount of personas and demons who derive from that (like Anubis).

We also have other options, such as European, Asian, African, Arctic, and more. It also would be great to see Native American folklore explore or even spirit animals/”personas”. Again, it all depends on the theme, but there is a lot of potential regarding persona designs and unexplored mythologies.

Persona 5 really did a fantastic job with the social aspects of the game, allowing for even more time to get to know your teammates and confidants. However, in Persona 6, it would be nice to see more, especially after hitting rank 10. For example, maybe new scenes and dates can unlock after rank 10, which would make the social “link” last throughout the entire game.

Also, even more events or even the addition of multiple events might make the experience somehow more immersive. For example, players could have the choice of going to the beach with some of the cast members, or checking out an alternate event the same day. There are many possibilities.

Characters that Break Out of The Common Tropes

Persona characters are always great and well done, which is one reason we love these games so much. However, that doesn’t stop Persona from relying on anime-ish tropes some of the time. Note: There’s nothing wrong with this, but it would be nice to see more diversity. Maybe we could see beyond the humorous “best friend” type or the typical arcana archetypes that we see in every game.

It is hard to say this because the characters are already so well done despite being affiliated with certain tropes at times. However, having a more diverse cast from different backgrounds might be a good aspect to consider in the future.

Although Persona 5 was a masterpiece in many respects, there are many aspects to consider when making the next game in the series. There is a lot for Persona 6 to live up to, but ATLUS manages to pull together something even more refined and put together with every release. Adding same sex relationships, a female MC, elements from other games, a bigger world, and an older cast are all things that could make Persona 6 stand out. We may have to wait a while again, but it will be worth it.

What are your thoughts on a Persona 6? Would you want to see it happen? Sound off in the comments below.

GET THIS DEAL      $39.99
This links to a retail affiliate. Nerd Much? may receive a small commission from your purchase.

Previous article
Harry Potter: Wizards Unite Will Be Hitting Our Phones This Year
Next article
Platinum Games Has a New IP They Want to Self Publish