The game will be coming to the PS4, Xbox One, and PC come this fall. 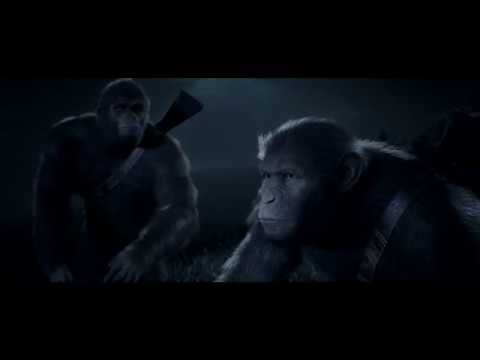 According to FoxNext, Last Frontier will be a “narrative adventure” with a focus on “conquest, betrayal, and survival.” There will be multiple endings depending on the player’s choices concerning the bands of apes and humans. Every choice made will affect both parties and the delicate balance between peace and war, as you can side with both teams if you so choose. Just like the movies, the player will gain a deeper understanding of each band of survivors, discovering both sides to be as sympathetic as they are brutal.

According to the founder of The Imaginarium Andy Serkis, Last Frontier “represents an exciting marriage of technology and creativity.” Seeing as most games based on movies are not very good unless they’re LEGO, Serkis is certainly confident about Last Frontier.

Judging by the trailer, Last Frontier looks like it will play very similarly to both movies. There are significant elements taken from the films. Thus, it will be surprising if the game manages to provide a story unique from the films. Perhaps even gameplay that feels different too, like the apes controlling differently than the humans would be a good start.

There are a great deal of problems game adaptations of movies suffer, like too many cut scenes, badly cut voice acting due the sound being pulled from the films, and gameplay being lacklustre at best. Granted, it is difficult to bring something different to the game version of a movie, which is probably why they shifted the timeline of the game relative to the movies.

But will that make it better? Will it make a bad situation worse if the game ends up being nothing more than a perfect reflection of the movies? Is that a good thing? Would you want to play a perfectly adapted movie game? Let us know your thoughts in the comments below!