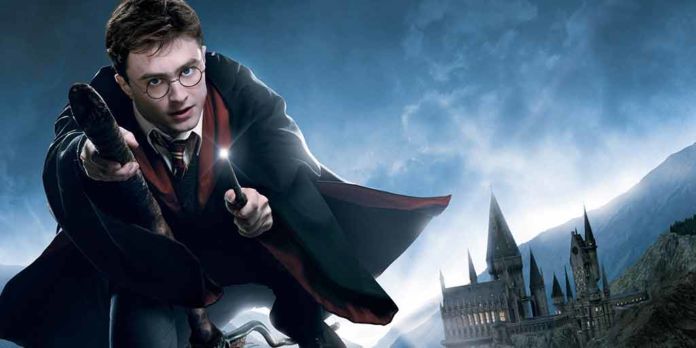 The recent release of Pokémon GO has taken the world by storm, and it of course has everyone (ourselves included) wondering: what other franchises would make for an awesome AR game?  Pokémon may have been the most obvious choice, and it undoubtedly provided the 20-year-old franchise with a much-needed refresh, but it is far from the only beloved series that fits well with the augmented reality concept. 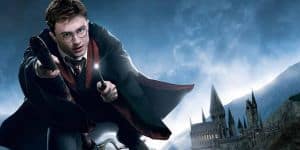 When pondering this question, of course, the other fantasy world that we grew up with and that will always remain near and dear to our hearts immediately sprang to mind: that of Harry Potter. The more we thought about it, the more we realized that a Pokémon GO-style AR game would be perfect for the world of Harry Potter, and we came up with five ideas for just such a game in this week’s edition of Mash-Up Monday.

1. Fantastic Beasts and Where to Find Them 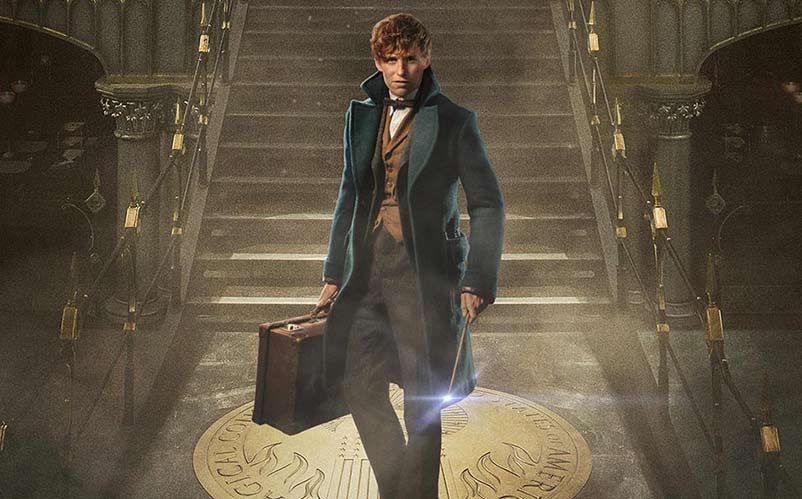 This is probably the most obvious choice, especially with the upcoming movie release, but it lends itself perfectly to this concept. If you’re not familiar with the plot, it involves famous wizard Newt Scamander traveling the globe to research various magical creatures for his Magizoology book, Fantastic Beasts and Where to Find Them. He even collects them in a magically-expanding suitcase, so there are some definite parallels to Pokémon there. Perhaps you could even obtain dragon eggs and hatch them via walking, just like you can with Pokémon eggs.

There are over 80 distinct creatures mentioned in Fantastic Beasts, with even more mentioned in the actual series; so, all told, that’s probably nearly as many creatures as there are first-generation Pokémon. That alone is a solid basis for a game, although it would lack the evolution and battling factors. We have those elements covered, though, so read on.

2. Unlock Spells and Duel With Friends 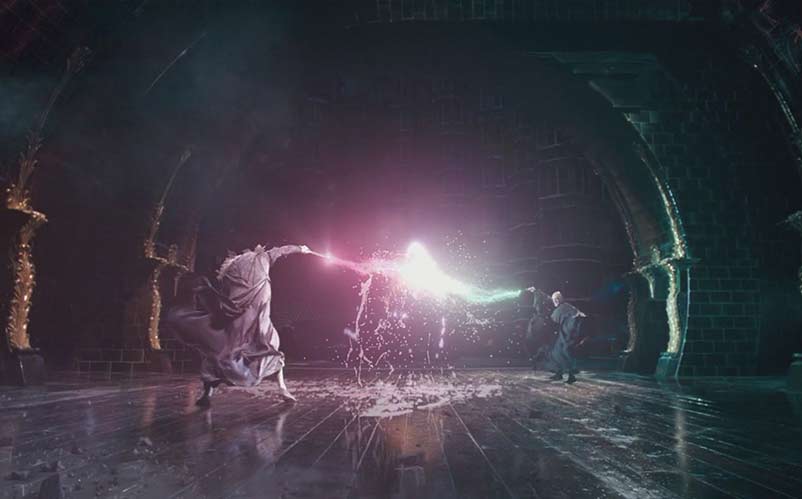 Similar to gym battles in Pokémon, a Harry Potter AR game could feature locales where one can go and duel other witches and wizards. The factions would obviously be the four Hogwarts houses; maybe they would include the American ones in the U.S. version, but personally I am partial to the Hogwarts houses, as I’m sure everyone is that grew up reading the series. Anyway, spells could be unlocked by levelling, performing certain tasks such as visiting stops (PotterStops?), or bought with in-game currency (Galleons, Knuts, and Sickles obviously) that can be earned through duels and collecting.

The mechanics would even be similar to gym battles, where you would tap your wand to cast a spell, your basic spell charges more powerful spells, and you can swipe left and right to dodge incoming spells. Some could have additional effects, such as damage over time, or something like petrificus totalus rendering you unable to act for a short time. Wins would earn you points for your house, which in turn would lead to bonuses. 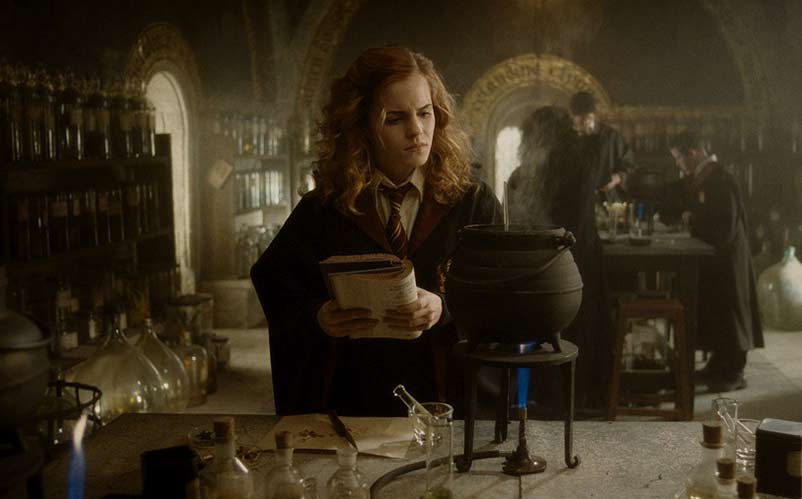 “You are here to learn the subtle science and exact art of potion-making….I can teach you how to bottle fame, brew glory, even stopper death.” – Severus Snape, Harry Potter and the Sorcerer’s Stone

In addition to unlocking various spells as you level, you would also be able to unlock recipes for all the different potions mentioned throughout the series. The ingredients would spawn around town at appropriate locales, similar to resources in any MMORPG you’ve ever played. They would be of varying rarity, of course, and each recipe would specify the amount of each ingredient you need. This would, of course, provide ample opportunity for microtransactions, as you could use your in-game currency to purchase potion ingredients rather than searching for them in the real world.

Many of the potions from the series would be very appropriate in the context of an AR game. For example, Felix Felicus could work similarly to incense in Pokémon GO, increasing the incidence of finding creatures and/or resources. Potions could also be usable in battle, providing either a boost to your own abilities or bestowing some harmful effect on your opponent. Pepperup Potion would function as a health potion. The possibilities are endless. 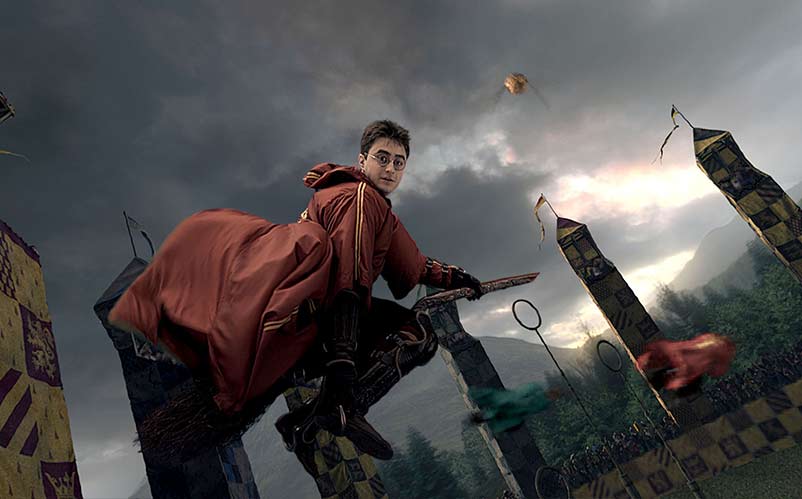 This one is a bit of a stretch, but if they simplified the game a bit, there could definitely be Quidditch stadiums in addition to dueling arenas. It might be as simple as taking turns throwing a Quaffle at your opponent’s goal hoops while their Keeper moves to block your shots – we would be totally okay with that. You would have to score a certain number of points within the time limit to control the stadium, with the difficulty varying based on your opponent’s level. Maybe the Golden Snitch could even make an appearance periodically and zoom around the screen for you to catch.

Quidditch would also afford the possibility of unlocking progressively better broomstick models in order to improve your odds. This would be an easy way to add another dimension to the game and a cool alternative to basing the difficulty solely on your level. 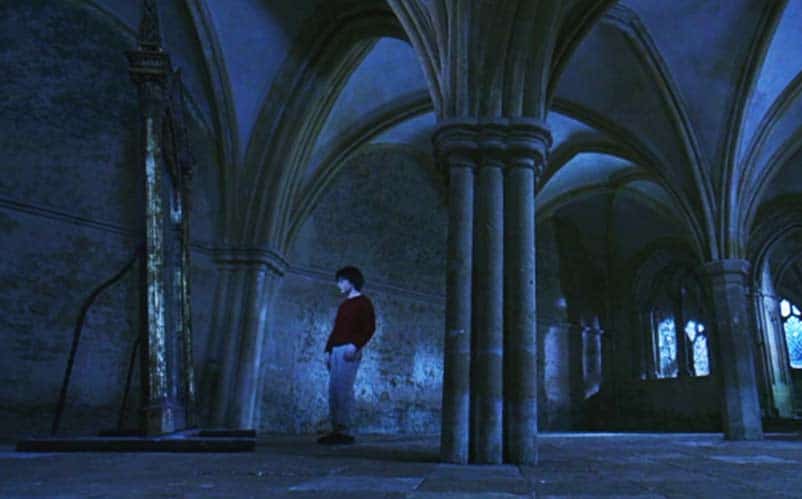 Pokémon GO has demonstrated how much we love collectibles; as such, the more things there are to collect, the better, and Harry Potter provides ample material in that department. These would have to be fairly rare occurrences, similar to Legendary Pokémon, as there aren’t as many; however, it would be truly awesome to collect Horcruxes and Deathly Hallows, even if they don’t provide any benefit other than experience points. There are also notable items such as the Mirror of Erised, the Goblet of Fire, Pensieves, and the Vanishing Cabinet.

As far as more common items go, you have various joke items, as well as Bertie Botts Every Flavor Beans and Chocolate Frog Cards. These would be great rewards for PotterStops (we are coining that word now), similar to the way you get Pokéballs, revives, and potions at Pokéstops. There would be medals for collecting a certain number of flavors or cards, the way there are now for catching a predetermined number of Pokémon.

Do you have any ideas that we may have missed? Comment below!