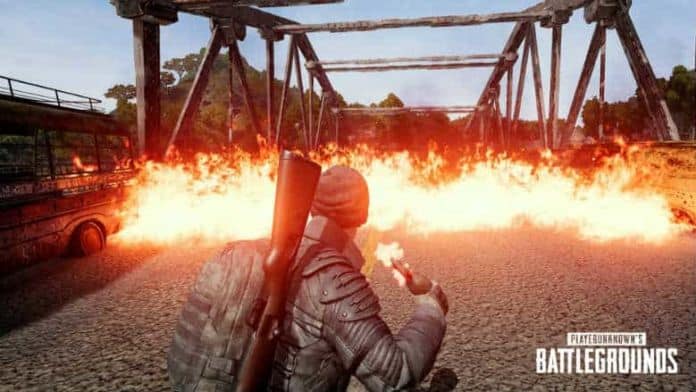 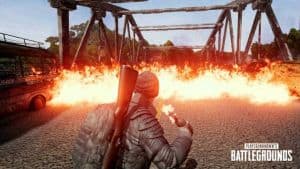 Recently the game’s frag grenades had their knockback effect removed. This nerfed the item, so PUBG Corp. is hoping to buff them back to their fearful state. The developers have increased the item’s effective range as well as its damage to increase the frag grenade’s potency.

The devs have also worked on stun grenades to make them more desirable. The item will now affects players’ vision, hearing and shooting accuracy. The effect radius has been increased too. A new animation has also been added so that other players can tell when an opponent has been stunned.

Molotov’s have been adjusted. PUBG Corp. recognizes that “these have traditionally been among the least popular items in the game.” To make them more efficient, they’ve increased the area of effect, added new mechanics that allow for the Molotov’s fire to spread along wooden surfaces, and implemented new debuffs for those that catch fire. 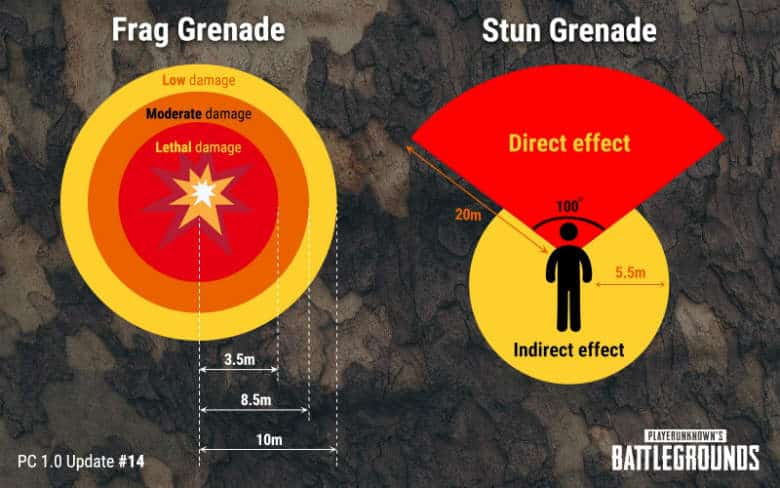 PUBG Corp. also notes that they are nerfing the M24. The gun will be removed from care packages and will be adding it to the world spawn loot tables.

New Anti-Cheat technology is being added to test servers with Update 14. They’ll have players test it on there before sending it live to all. The game is also getting numerous performance upgrades too.

Character rendering is improved to help with frame drop issues. Improvements have been made to the network code to help with latency issues. And the team ahs increased server transfer speed for things like items, doors and fences.

The leaderboards have been adjusted, increasing the total ratings points gained and lost per match. This is being done to “better define the skill difference between players.” There’s been a plethora of bug fixes within the 14th update too.