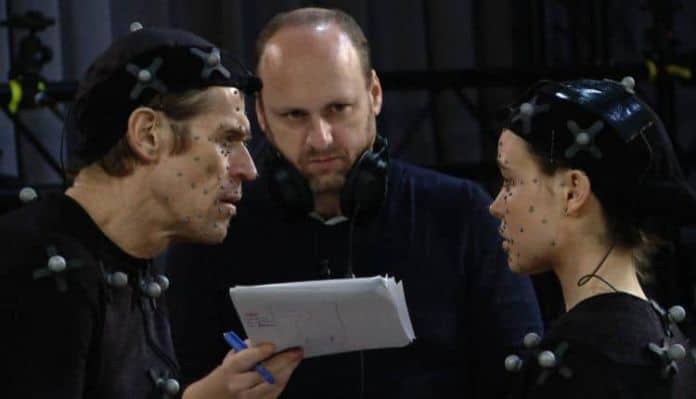 Apparently 5 of these have filed complaints against another employee (not David Cage) for quite the variety of demeaning photoshopped pictures. Some of these can be seen in Canard PC’s report on the matter as the header image.

How ethical it is for Canard PC to have published those photographs, regardless of their authenticity, can be debated. The photographs depict various employees of Quantic Dream in lewd situations and positions.

These photographs come from a cache of 600, some with dates from 2013. According to Canard PC, these images came in the form of group emails that often included studio head David Cage and IT manager Guillaume de Fondaumière.

It wasn’t until de Fondaumière himself was included in these images that they came to light and those complaints were filed. Apparently, up until then, de Fondaumière and Cage “had not seen the worst of them” and found them “funny or more or less amusing” until now.

Other accusations include Cage’s perpetuation of a toxic working environment. His nicknames among the employees are a testament to this and include “Papa,” “God,” and “Sun King.” Cage apparently “demands long hours” and doesn’t listen to anyone’s opinion but his own. One former employee has stated that Cage views the studio “as a private, or semi-private, space. [Cage] feels he has the right to say whatever he wants, it’s his place.”

One example of this is that there is apparently a “picture of a penis with farting testes” on the studio wall. Another example is reported by another employee, who was the recipient of one Cage’s racist jokes. Cage was watching a CCTV report on a burglary and asked the employee if the burglar was “a cousin” of his.

Cage isn’t alone in these accusations. Mediapart reports that de Fondaumière is a little too forward during certain events. During the custom French greeting, often referred to as “air-kisses”, de Fondaumière gets in a little too close and far more than considered appropriate.

Both Cage and de Fondaumière vehemently deny all of the accusations, apparently “very surprised” , “shocked” and “indignant” by these accusations.” Also referring to the employees’ complaints as “rantings” and reportedly “frustrated” that these complaints were not made earlier in a less spectacular way.

Quantic Dream, as a whole, also issued a formal statement on Twitter, denying all accusations. They even “invite parties to read the responses of our Employee Representatives and Health & Security Committee” as they have always taken “such grievances very seriously.”