Rad Rodgers Coming to Xbox One and PS4 February 21

After being in Kickstarter for some time, THQ Nordic picked up Rad Rodgers for the PC and now it is coming to the Xbox One and PS4 on February 21, 2018. Rad Rodgers is a platformer inspired by games from the 90s like Conker, Commander Keen, and Ruff’n’Tumble. With a biting sense of humor, Rad Rodgers is sure to bring on the nostalgia as you blast through waves of enemies. 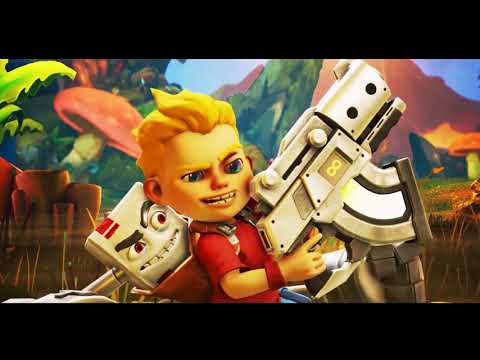 The story centers around Rad, a young boy who wakes up inside his own video game. His console, Dusty, is alive and animated now. Dusty isn’t the nice kind of sentient game console, he’s the foul-mouthed version that is sure to get Rad in more trouble than out of it.

There are seven stages in total, where you can pick up a variety of weapons. Like the Bold Blaster, which has unlimited ammo, or the Phoenix Cannon that lights enemies on fire. There are over five more weapon varieties in the first chapter alone.

There is a special level called the Pixelverse, where you must play as Dusty alone. Dusty must repair glitches in the fabric of the game world in order to continue your journey. There are plenty of secret levels to find too, so be sure to play some levels again in case you missed them.

Priced at approximately $25 USD, Rad Rodgers makes for a completely affordable romp in the fields of nostalgia. It’s not a short game either, as the new update will bring a bunch more content to give all players plenty to do.

The update will come first to PC owners of the game, and will be included in the console version of the game. The update adds leaderboards for each level, 20 more hats to unlock, Pogo Vertigo bonus levels (an infinite level where you can see how far you can really make it with the Pogo Stick), unlockable concept art, newly designed Pixelverse puzzles, five new levels, two minibosses, two new regular enemy types, and finally a new weapon by the name of Excalibat.

That is quite a bit of content packed into one update, and will surely keep fans busy.