Frostkeep Studios has announced that their upcoming team-based fantasy survival RPG Rend is ready for mass consumption. The game has gone live via Steam Early Access. 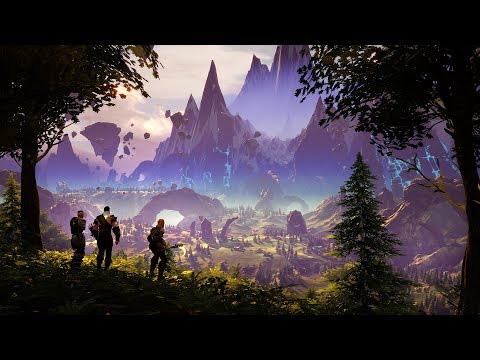 The game takes a healthy dose of Norse mythology and combines it with a colorful world to transport players into a new team-based survival title. It sounds as though Rend’s primary mode is Conquest. Here, teams attempt to destroy their enemy’s base to secure victory. But the title will also feature private servers which allow for players to customize the game’s overall rule set in order to setup the game experience of your choosing.

“Epic fantasy adventure meets team-based survival in Rend. Inspired by the fabled universe of Nordic myth, the world of Rend is a harsh domain where the strong ascend as gods. Players must choose among three rival factions, combine forces to build their faction’s stronghold, and battle foes and brutal creatures. Together, they will endure the dangers of Rend’s treacherous landscapes to discover valuable resources and powerful artifacts.

With the game’s deep talent trees and skill systems, players have the freedom to choose how they want to play and how they want to fight. When a cycle ends, one faction will be declared the winner… but the end is only the beginning. Victorious players receive rewards they can use in subsequent cycles as they ascend to legendary heights as heroes.”

Rend is listing at $29.99 on Steam Early Access. It’s team at Frostkeep has a pedigree of developers that have worked on incredibly popular titles such as World of Warcraft, Overwatch and League of Legends. But the company’s CEO and co-founder, Jeremy Wood, cites fan assistance as an incredibly important part of Rend’s development:

“Since we first announced Rend, we have been developing it side by side with our players through Pre-Alpha and Alpha testing and by gathering feedback through Discord and our official channels. Our goal has always been to transform the way players interact and participate in survival games while delivering on the fantasy that they have come to expect from this genre.”