Rise & Shine Review: About a Boy…and His Gun 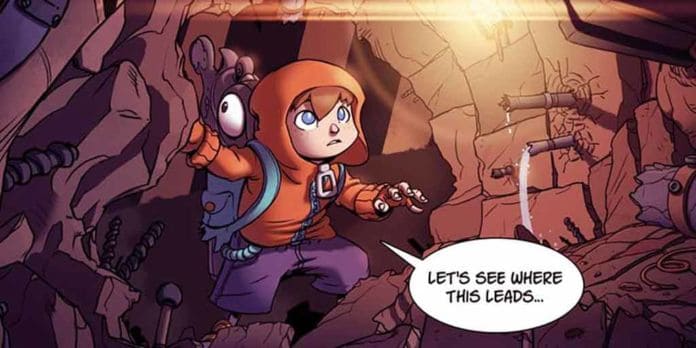 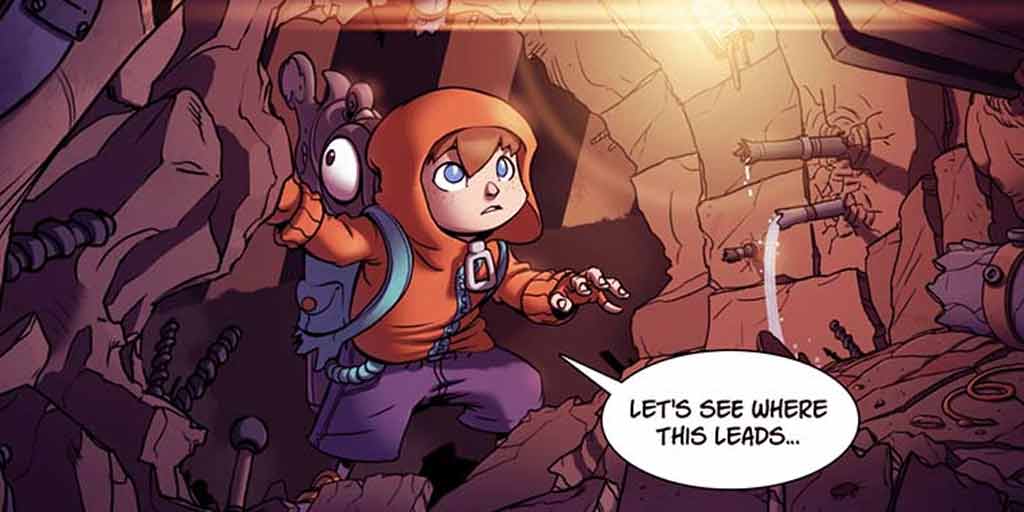 We’ve seen an influx of deliberately tough games, mostly thanks to Dark Souls catching on so many years ago, which showed that people like to be challenged and rewarded. Games like Bloodborne, Enter the Gungeon, and RIVE have all helped to craft the sort of new Unforgiving Games genre, with each adding their own ideas for how to challenge gamers in the most delightfully frustrating way as humanly possible. 2017’s first unforgiving game is an Xbox One console exclusive that hails from developer Super Awesome Hyper Dimensional Mega Team, and it’s called Rise & Shine.

Rise & Shine tells an interesting story about a boy (Rise) and his fabled gun (Shine), revolving around an invasion of Gamearth by warmongering space grunts that’s told in a unique style, and it plays like part arcade shooter/part bullet hell/puzzle game. It’s a game that’s very self-aware that it’s a video game, and there are numerous nods in the game to other franchises (and the simple fact that it’s a video game). 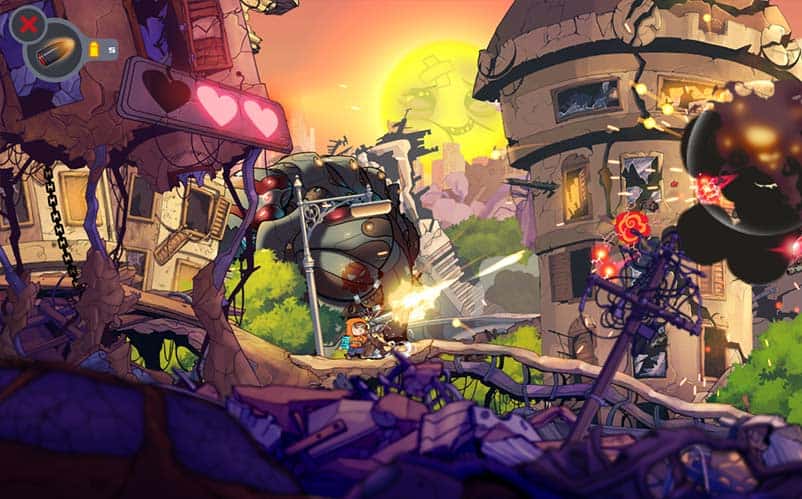 One thing that made Rise & Shine especially enjoyable is that you have to think about what type of bullet works best in the situation, as well as what type of shooting you’re going to need to kill whatever you need to kill. It’s not just a dumb arcade shooter where you can go from the left of the screen to the right with your gun on full blast and be successful. Instead, finding the right bullet for the situation is key. There are a few different types of bullets you unlock along the way, including explosive and electric bullets — each of which serves its own purpose (aside from simply killing stuff). For example, electric bullets will help to kill robotic enemies quicker, while explosives are great for, well, exploding things. There are a few different types of ways to fire your gun, too, which is what gives the game a bit of a strategic element. Different sections of the game require different types of bullets to be used, and it’s up to you to determine how you’re supposed to progress.

Rise & Shine isn’t a game that spoon feeds you the answers, and many times I found myself frustratingly stuck on a level and figuring out how I was supposed to progress. But after toying around with a few different ideas, the answer to the puzzle became obvious, and finally moving past it after being stuck for so long was rewarding. The game is filled with those moments, and progressing through every level is a challenge.

And it’s not just the more puzzle-focused moments that make the game difficult, as you’ll encounter a variety of different enemies that, at first, can be overwhelming. Zombies coming at you in the dark that require a headshot to be killed, 3,328 flying robots zooming around the screen and shooting at you from every direction, and robots that shock you when they’re able to get too close to you are all just a few of the game’s tough enemies. But once you learn to use the proper tools, and give each frustrating section a bit of practice, you should be able to progress without too much trouble. 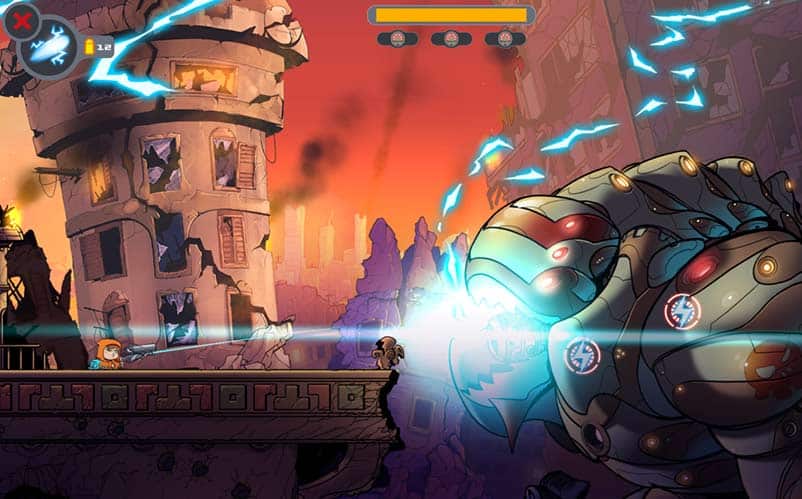 The game is also filled with quite a few tough boss battles — again, where you can’t just shoot and jump until the boss is dead and you have to actually think about what you’re doing. These bosses can only be defeated through trial and error, and they each have three waves, and players are required to flawlessly complete each wave without dying or their progress is reset. Bring your A-game and settle in for some truly challenging moments — even for the most skilled gamers.

But it’s a fair challenge. Sure, you’re going to die…over…and over…and over again, but Rise & Shine doesn’t frustrate the player just for the sake of being a hard game. Instead, players are given all of the tools needed to progress — it’s how those tools are utilized (or not) that determines the player’s success or failure in each level. Never once did I feel that the game was being unfair or unnecessarily tough, as it has a good balance of toughness and rewarding the player for progressing beyond those tough moments.

If you like to be challenged, Rise & Shine is a game that not only presents some tough moments, but it also has a beautiful hand-drawn art style that’s bright and colorful. Despite the doom and gloom lingering over Gamearth and the warmongering space grunts of Nexgen that are trying to take it over, the game has a colorful aesthetic. Although it comes in at roughly four hours in its first playthrough, it’s four hours of a great arcade shooter. It’s likely that you haven’t heard of Super Awesome Hyper Dimensional Mega Team just yet, but you should probably try to remember the name because Rise & Shine is sure to be one of 2017’s most underappreciated game; we can’t wait to see more from the developer.

Previous article
How Life is Strange Made Me More Grateful and Accepting
Next article
Smart Home Starter Guide: 7 Essential Products to Start With