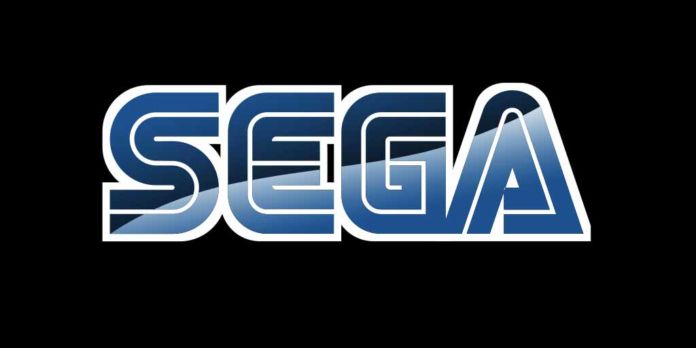 Earlier this week, SEGA revealed during a business presentation that they are planning the “revival of major IPs” to help boost company sales. They didn’t go into further specifics, of course, but it makes you wonder which franchises the up and down publisher plan to roll back out.

So, here at NerdMuch.com, we did the work for you. Below is our list of 5 franchises that Sega should consider bringing back to the forefront of their gaming portfolio, as well as five they absolutely shouldn’t bring back. Some of these may seem sacrilegious, but hey, not everything ages quite so gracefully…

5 Franchises That Sega Should Resurrect 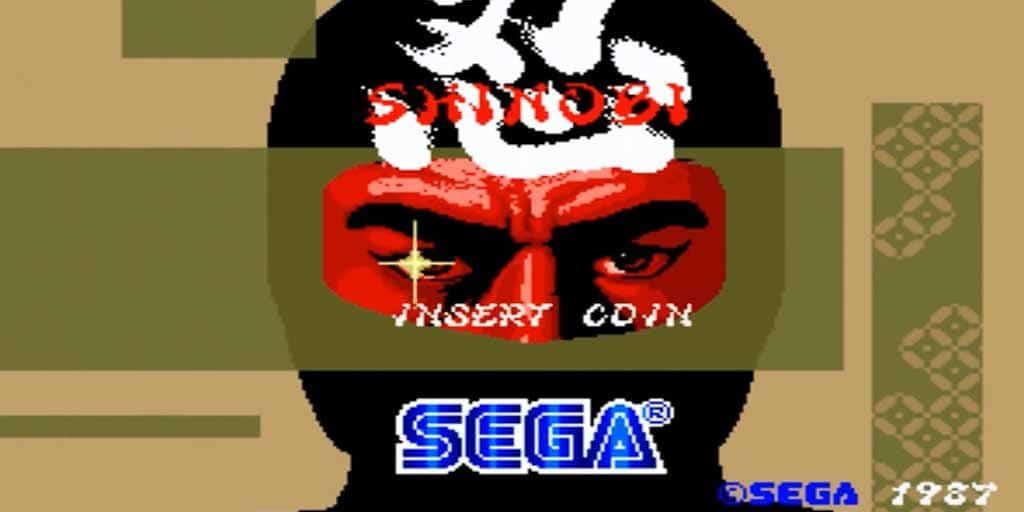 Demon Souls, Dark Souls, Bloodborne – there’s an entire segment of games these days revolving around punishing third-person action dynamics. Sega would certainly be interested in jumping back into that mix.

The name Shinobi carries weight. And if you took the recipe that the three games mentioned above employ, but coat it with a ninja twist, you could be onto something special. Think of it akin to Ninja Gaiden being rebooted by Tecmo in 2004. It was a classic franchise, rebooted into a vicious, yet rewarding action title.

Shinobi could copy that same blueprint. Sega attempted this in 2002 with the first 3D entry in the series which hit PlayStation 2. It didn’t go as well as hoped. But time heals all wounds, and the IP can still be relevant. Get a solid development team behind some slick Ninjutsu mechanics, make it tough yet rewarding, and you could have a completely revitalized franchise on your hands. 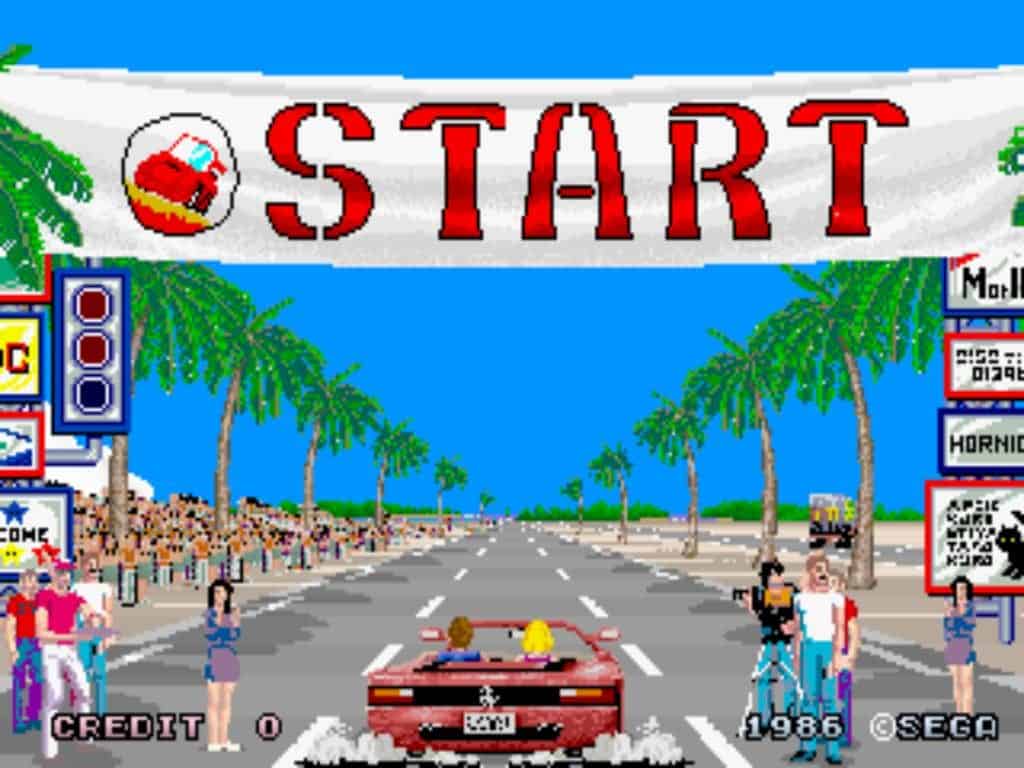 I think a new entry in this series could be a really cool idea. There are a lot of racing titles in the world today, but OutRun could be something different and wholly unique.

Base the game around the name itself. Your character is on the run from the authorities for whatever reason, and the game is broken up into Stages like the original. Each Stage forces you to race through an environment with your potential captors in pursuit, with environmental hazards a plenty. Maybe give the game some Star Fox style branching paths that can open up alternative levels to get you to your end goal a different way?

A new OutRun could be an arcade racer that takes the reins that Burnout left behind and runs with them. Incorporate an excellent soundtrack. Give your Ferrari the ability to do some fun things. And ensure the game’s designers make a world that is a blast to fly through. Sounds like a winning formula to me. 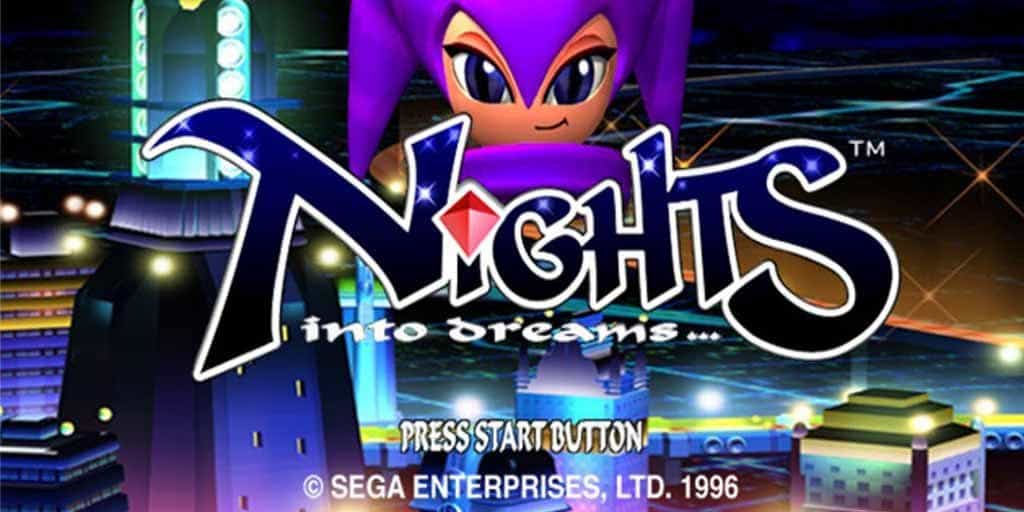 Nights into Dreams sits among many lists as one of the better games SEGA ever made. Unfortunately, it never had much success at retail, never even hitting half a million copies sold. That could possibly be due to the fact that it initially released on the Sega Saturn. Not exactly a barn burner of a console.

It wasn’t long after that the Wii began to become a sensation. And Sega wanted on board. They developed and released Nights into Dreams‘ first true sequel, Nights: Journey of Dreams, onto the Wii in 2008. They based the game around the Wii Remote’s motion controls, which proved to be the downfall of the game critically.

It’s been nearly a decade since Journey of Dreams released. I’d like to think the world is ready for a proper Nights into Dreams reboot to hit the market. Bring the original game and story into a 3D world with proper (non-motion) controls and you could revitalize one of Sega’s most beloved franchises. However, one more misstep from the developer/publisher and you can consider this series dead. 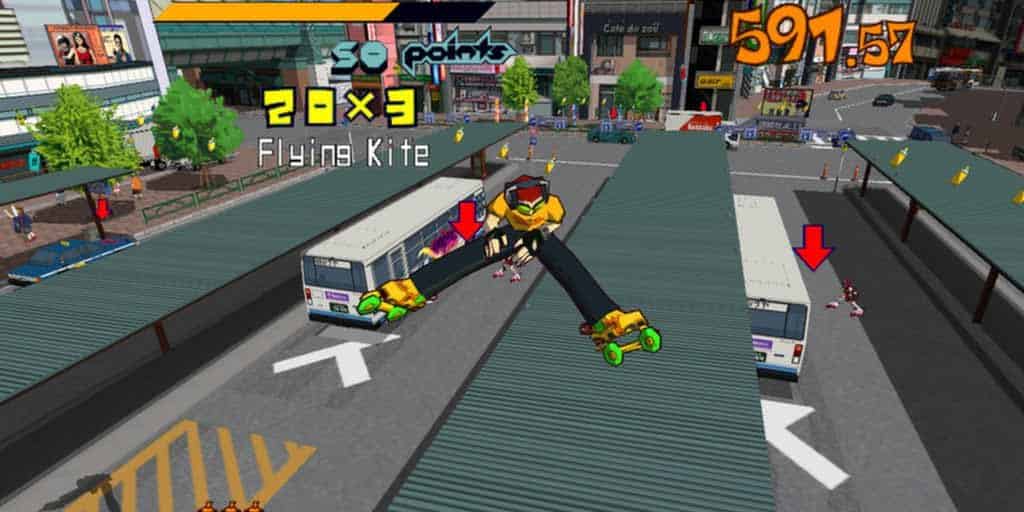 This is probably the most obvious entry on this list. People love Jet Set Radio. And its sequel, Jet Set Radio Future, was quite well received, too. Future earned an 88 Metascore upon release in 2002. And a third entry in the series was even teased upon the conclusion of its story. So what’s stopping Sega from bringing the franchise back into the forefront?

Sunset Overdrive proved that fans were still excited for third-person grind around a world style gameplay. And with the franchise being dormant for 15 years now, it’s poised to rake in some nostalgia points. This seems like a totally obvious reboot candidate for Sega to pull from the well. I’d actually be shocked if this wasn’t one of the IPs the publisher was referring to in the first place. 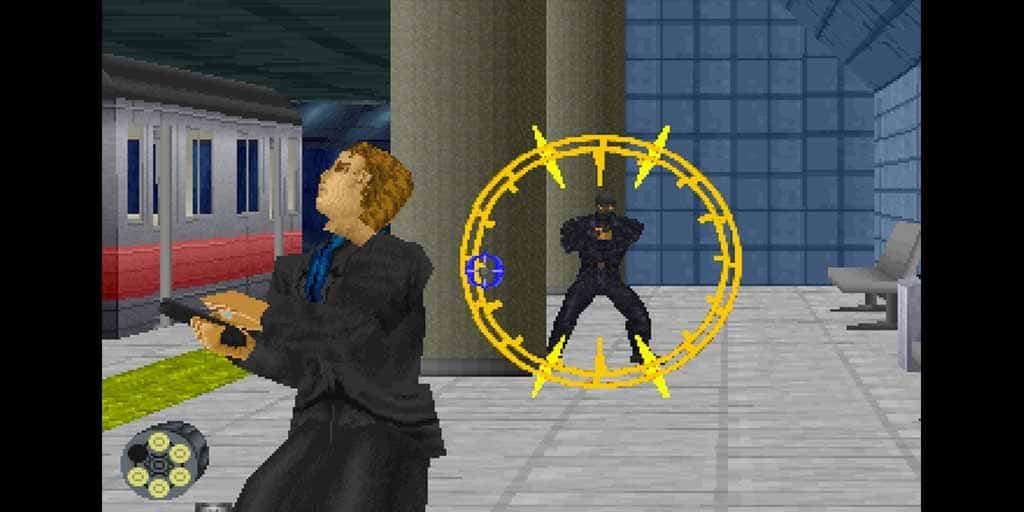 I know, this must seem like a completely random and underwhelming conclusion to this list. But hear me out. Teams are still working to come up with a the “killer app” for VR devices these days. Virtua Cop could be just that.

Strap on a VR headset, a gun-like device such as the PlayStation VR Aim Controller, and dive into a modernized Virtual Cop. You’re an officer thrown into the middle of one of the most dangerous and corrupt cities in the world. You’ll have to deal with shootouts, car and foot chases, and just constant moments where your life steadily feels in jeopardy. All for the betterment of your city. It could be intense, right?

It would be difficult to pull off, for sure. But if Sega were to create an impressive demo, slap on the nostalgic name of Virtua Cop, and deliver and an immersive and exhilarating experience, this franchise alone could have customers flocking to pick up VR headsets of their very own.

5 Franchises Sega Should Not Resurrect 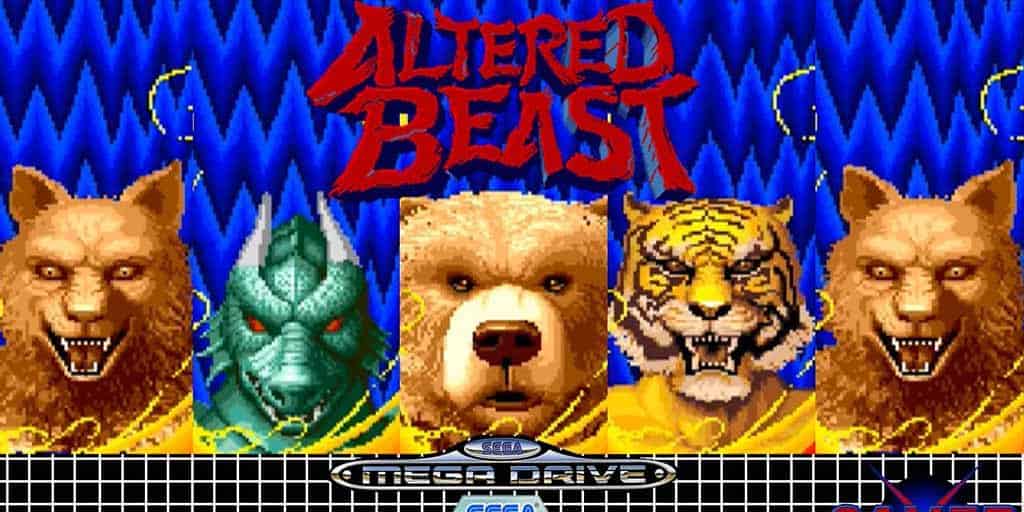 Let’s get an easy duo out of the way first. These games are terrible. Some may view them with rose colored glasses, but it’s simply because they’re early offerings from simpler times. Both Altered Beast and Golden Axe have the same side scrolling, brawler, hack and slash DNA. And both should stay retired.

Altered Beast was actually a pack-in game for many Sega Genesis systems. So there is a pretty large audience of Genesis owners who spent plenty of time with the brawler. If they picked up the controller today, it wouldn’t take them very long to put it right back down.

Golden Axe had a few iterations in the series before puttering out. 2008 saw the release of Golden Axe: Beast Rider, the first 3D attempt for the series. It didn’t go well. The game sat at 44% a Metacritic, essentially sentencing the franchise to permanent death. And we’re all the better for it. 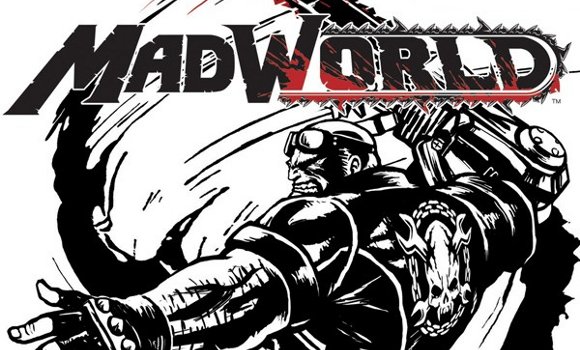 Mad World was a pretty unique game when it hit the Nintendo Wii in 2009. Wii owners were starving for mature content. And Mad World delivered that in spades – and then some. The overly brutal and graphic tones were a fun gimmick, but they were just that – a gimmick. The further you delved into the game, the more it felt like you were just doing more of the same.

Upon release, it was a critical darling. It only averaged 81% on Metacritic, but because of the little content on Wii that wasn’t shovelware, it was greatly appreciated by the console’s mature owners. However, 8 years post-release, there are plenty of titles that can deliver on the shock value that Mad World contained. It today’s gaming landscape, the things that set Mad World apart can no longer do so. Thus, it’s better that Sega leave this unique IP on the shelf. 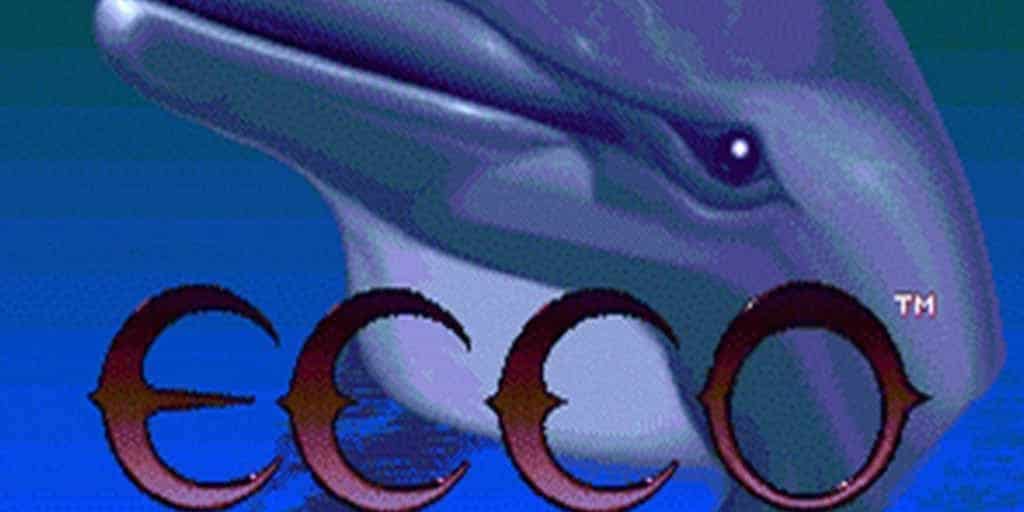 I don’t think I’m hurting many people’s feelings by including this on the list, but I’m sure there are still some Ecco loyalists out there. Truth be told, Ecco the Dolphin was never that great of a game. Unique, sure. But great? Na.

Many of us were kids when Ecco the Dolphin hit the Genesis in 1992. The idea of swimming like a dolphin through underwater worlds was awesome. However, the game became difficult fast, and the fun of swimming eventually became a tedious – and surprisingly convoluted – adventure. The series spawned two Genesis games that were pretty favorably reviewed. Then it went into a hiatus until Sega revived it with Ecco the Dolphin: Defender of the Future for the Dreamcast.

Turns out, people weren’t too hot on Ecco anymore. It performed poorly sales wise for Dreamcast. Then when it was ported over to the PlayStation 2, Sega was only able to sell about 140,000 copies. And thus its sequel, Ecco the Dolphin: Sentinels of the Universe, was canceled. The Ecco series had its brief window of popularity in the early ’90s. It’s not going to get any better than that. 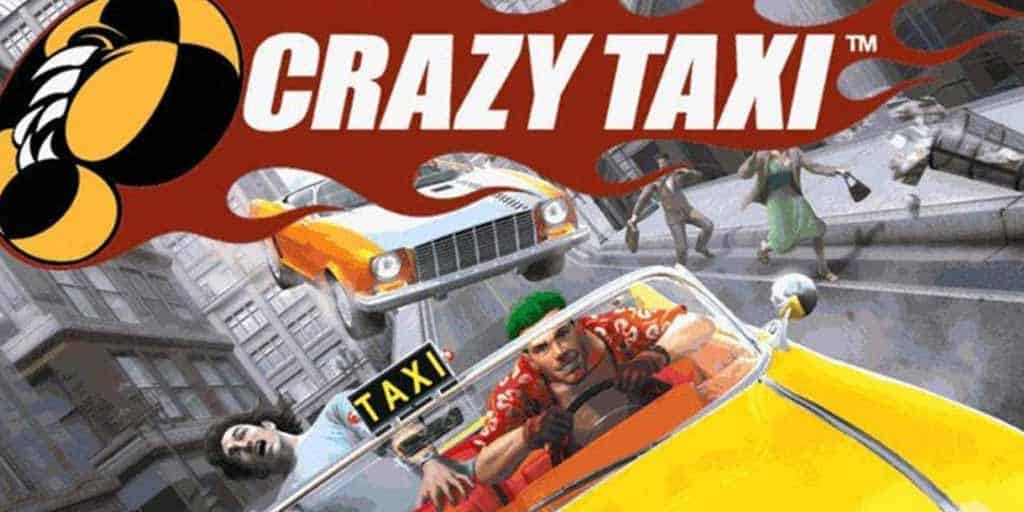 Here is where I begin to hurt some feelings. People love Crazy Taxi. I did too! But it’s a product of its time. Some folks will argue that all you have to do is tighten the mechanics a bit and deliver a hell of a soundtrack and you’re good to go. But that’s not really the case.

Crazy Taxi is an arcade game at heart. Always has been. When the series moved over to the Dreamcast, people were excited to get the taxi driving shenanigans into their homes. But how long did they really play? It was fun in spurts, but there was never really any depth to the franchise.

Each subsequent entry in the series became worse and worse according to reviews. And that’s because there wasn’t anything new to add to it. The first game was all there ever needed to be, but Sega saw potential profit in releasing sequels. If we really need a new Crazy Taxi for consoles, all Sega needs to do is just give the first one a cheap price and a new coat of paint. 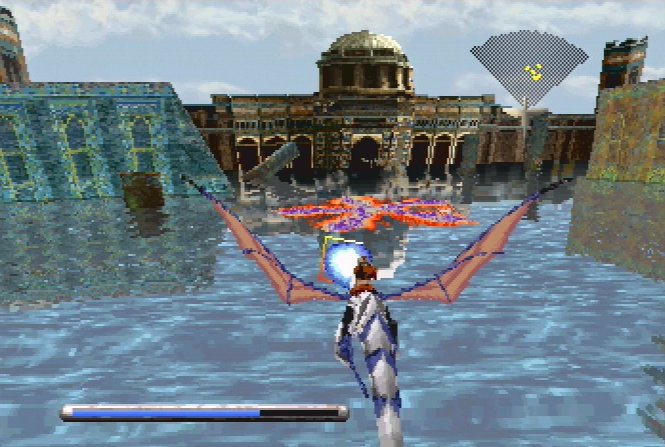 Star Fox Zero was heavily panned. And that’s mostly Nintendo’s fault. But maybe that’s also a hint that players are over on-rails shooters. The last entry in the series Panzer Dragoon Orta released for Xbox in 2003. It was a critical darling, but it didn’t impress sales wise. Sega probably made the (rare) smart and restrained move retiring this franchise when it did. Sorry superfans.

I tasked Jeff with coming up with five Sega franchises we would and would not want to see, and for the most part, he’s spot on. The reason for coming up with this assignment was because of Sega’s tone-deaf announcement earlier this week regarding their plans to revive major IPs and obtain new ones. It’s as if SEGA has no idea that they’re now at the bottom of the barrel when it comes to AAA video game publishers — at least in the eyes of the vast majority of gamers here in the U.S.

Sega certainly faces a tough road ahead, after consistently disappointing its fans. Even if you look at the buzz surrounding their upcoming Sonic projects, there’s no denying that SEGA is behind on the times. I think the proper move for the publisher to make would be to take some time and create some new IPs, because in 2017, Sonic simply isn’t going to be enough.