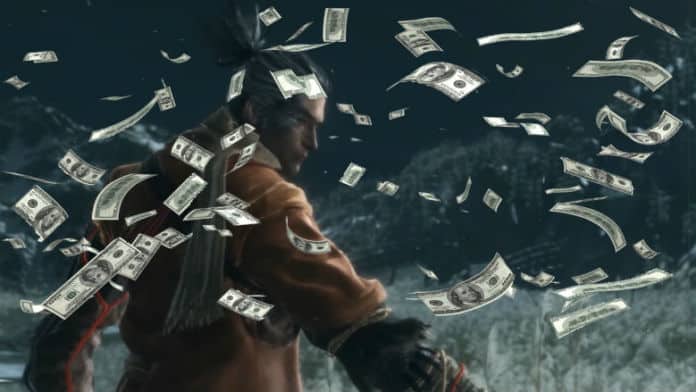 Whether the industry as a whole deems the game too difficult or not, fans are gobbling it up. Activision and FromSoftware have announced today that Sekiro: Shadows Die Twice is officially hit. The duo have confirmed the game has crossed over 2 million copies sold.

There are a bunch of impressive stats the developer and publisher have dropped in today’s braggadocios press release. Attached to the Sekiro copies sold figure of 2 million in 10 days, it’s also mentioned that the game was the number one viewed title on Twitch on March 22nd when it released.

It’s also noted that 631 million minutes of gameplay was watched on Twitch throughout Sekiro’s debut weekend. That number continued to rise, eventually marking 1.1 billion minutes watch on Twitch during the course of the entire launch week.

Michelle Fonseca, Vice President of Product Management and Marketing at Activision, thanked the Sekiro fans for making the game the success it is. Fonseca said, “The fans have made Sekiro: Shadows Die Twice one of the most incredible game launches of 2019 thus far. The game has performed well on all platforms including PC and we’re excited by the continued support from gamers and critics alike. It has been gratifying to see the enjoyment from fans when they overcome each challenge.”

It’s not just the fans who should be thanked for the 2 million Sekiro copies sold. The critics around the globe fell in love with the game too. The game was awarded Metacritic’s Must Play Award and sits at an fantastic MetaScore of 91 on Xbox One, 90 on PC and PlayStation 4.

Nerd Much?’s own Liz Bernstein stepped out of her comfort zone with the game and walked away impressed. She noted that “It’s a world that I enjoy being in, however unforgiving, and has certainly served to broaden my gaming horizons a bit; previously, I would have been too intimidated to even attempt a title like this.”

Perhaps FromSoftware only gets better from from here. There’s rumors of a project they’re working on with with Game of Thrones creator George R.R. Martin. With the game launched and 2 million Sekiro copies sold, perhaps we’ll see their future at E3.