Home Games Skater XL: 4 Big Reasons We’re Feelin’ It (And What It Needs)

Let me first start off by saying that you shouldn’t go into Skater XL expecting Skate 4. For one, the game is super barebones in its current state, so to any gamer outside of the Skate community, Skater XL’s $20 price of entry for Early Access on Steam probably isn’t going to be worth it for you.

However, if you’re one of the millions who has been dropkicking EA’s social media posts with requests for Skate 4, Skater XL is likely going to scratch that itch. It’s not a game that copies the Skate franchise’s controller scheme, but it does expand on the idea that skating games shouldn’t be about button mashing and combinations.

Look, we all know that skateboarding games are make or break when it comes to the controls, and as it stands right now, Skater XL’s controls are certainly interesting. No, they’re not great like Skate 3’s controller scheme, and these new controls are going to take some getting used to for sure, but part of getting the controls down and being able to land various tricks is a big part of the game’s intrigue.

After all, a brand new skateboarder shouldn’t be able to go outside and land a kickflip on his/her first try, so you shouldn’t expect to be able to do so immediately when you hop into Skater XL. That makes sense, and I think the learning curve for Skater XL’s controls is the big hook here. In fact, Skater XL‘s controls take the difficulty and learning curve to an even greater degree than we saw with the Skate franchise, which had players flicking sticks to perform all of their tricks. 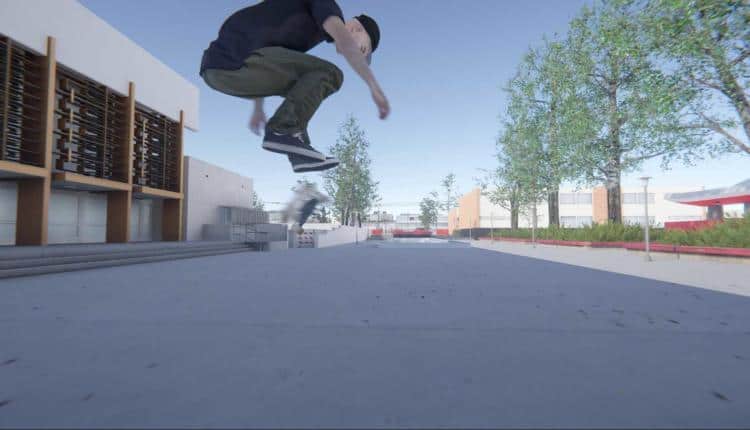 Here, we’ve got a little bit more going on with the controls. You’re essentially jumping with one stick (or both sticks for a higher jump) and flicking with another stick in a quick motion to perform these tricks. But the controls are intuitive enough so that if you’re at all familiar with skateboarding you should be able to grasp what you need to do with the sticks to perform each trick rather easily. A half circle one way or the other while ollieing will perform a pop shove-it as you’d expect, and flicking the board with your heel or toe (left or right on the left thumbstick) will perform a heelflip/kickflip as you’d expect.

And then, you’re left to figure out the harder tricks on your own, and it does take precision to land your 360 flips, nollie flips, hardflips, and the like.

You know, I didn’t really realize how good Skater XL looked until I made the video (which you can view at the top of this article). But, it looks really good. This is some highly-detailed moving art that deserves praise for its realism. Sure, some of the grass textures look like something out of the PS2 era, but those textures are outliers; other than that, it looks fantastic. The in-game engine (which as of right now I’m not positive what engine it is) runs pretty smoothly, too. The video above was taken with the game’s Ultra settings being used, and as you can see, it’s running pretty smoothly. 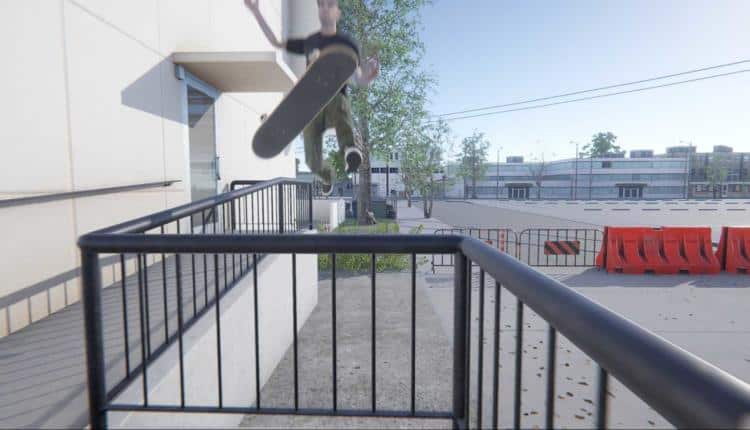 Immediate Reset After You Bail

One thing I always hate about playing Skate 3 is that resetting your skater after bailing isn’t instantaneous — it takes a few seconds. With Skater XL, you reset at your last marker literally the instant you hit up on the D-pad of your controller. So, when you find a spot and a trick you want to conquer, it doesn’t matter how many times you fall — you can hit up on the D-pad and you’re back where you need to be to try again. It’s fantastic!

After playing Skater XL for four hours today, it’s clear that the game has something. Yet, it’s clear that what’s presented in Early Access is, ultimately, a barebones offering. You’re set in a super small map that has just enough going on with rails and steps and ledges to allow you to get the feel for the controls, and that’s it. Which, as I’m told by the Easy Day Studios’ PR rep, that’s the point right now – for users to get a feel for the controls so that they can get some real world feedback.

Now, what’s currently included is good, and I had a ton of fun trying to craft trick ideas and perform those tricks with the limited tools provided. Yes, it’s buggy, but we knew it would be as it’s an early access game, and it’s definitely not the worst offender on Steam when it comes to bugs.

But the fact that what they currently have conceptualized so far is working well gets me super excited to see what’s next for Skater XL.

As it stands right now, there are some obvious omissions that need to find their way into the game.

Now, it’s highly likely that a lot of those ideas will make their way into Skater XL in the future, but for right now, they’re just not there. But in talking briefly with the PR rep for Easy Day Studios, it really sounds like the devs are in this to make the best skateboarding game that they can, and it’s clear that they’re planning to really listen to community feedback to help them achieve that.

After putting my controller down to actually do some work yesterday, all I could think about was Skater XL‘s potential. The core mechanics are there, and now all players need is for the developers to expand on their ideas and flesh it out. If Easy Day Studios can do that — and it sounds like they intend to — maybe Skater XL can be even better than whatever a Skate 4 might’ve been.