If you’ve been clamoring for the return of the skateboarding game genre, your digital savior may finally be here. A new contender is dropping in soon with the announcement of Easy Day Studios’ Skater XL. 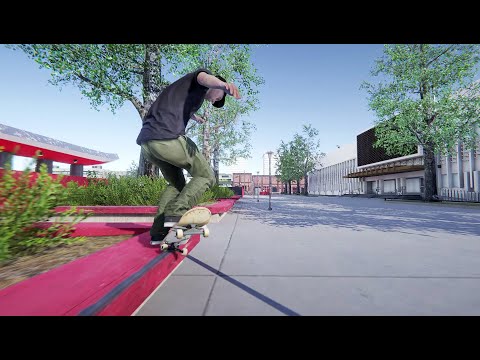 The Skater XL team comes with some pedigree behind it. The studio is responsible for Skater, “the #1 sports game world-wide for mobile.” Easy Day Studios took that formula and built upon it for the last few years in secret, resulting in the promising title you see in the trailer above.

In their announcement, the studio notes that “It’s been 8 years since the last significant contribution to the skateboarding genre by a big publisher.” Easy Day is looking to fill that void, saying “we chose to spend the last four perfecting the thing that really matters for a new big step in the genre – the gameplay and controls.”

Easy Day certainly sounds confident in their gameplay mechanics. They consider Skater XL “an evolution in skateboarding games.” They’re promising “unparalleled board control and responsiveness while you skate legendary real-world skate spots.” They cite the famous Los Angeles Courthouse as one of these famous real world locales.

You won’t have long to wait before you’re back on your board either. Easy Day Studios is releasing Skater XL on Steam Early Access next week on December 19th. There’s still a ton more they plan to add to the game after it debuts though.

Coming to the game further down the line will be “more skateable content all based on / inspired by parks and spots from the West Coast, video editing and export, character customization, more skaters and gear.” No timetable was set for the new content’s inclusion, nor was there a date established for when Skater XL would be leaving Early Access.

With EA ignoring all of the Skate fans out there and the Tony Hawk series turning to shit, let’s hope that Skater XL lives up to the hype.