The SNES Classic Edition is more than a return to 1990, featuring an unreleased Star Fox game, it’s a return to the salt experienced this past fall.

Remember the NES Classic Edition? Everyone was so excited to return to the past with 30 classic NES games. $60 of adorable. The perfect stocking stuffer (in size at least). This little NES even won me over, despite my original anti-emulator stance.

But charm can only get you so far. The NES Classic Edition release was a mess. There weren’t nearly enough to meet demand and gamers who weren’t lucky enough to get it the first time around were forced to turn to eBay listings that were selling this tiny trip to the past for up to $300. It was madness. Fans were frustrated but some remained hopeful that Nintendo would eventually restock. 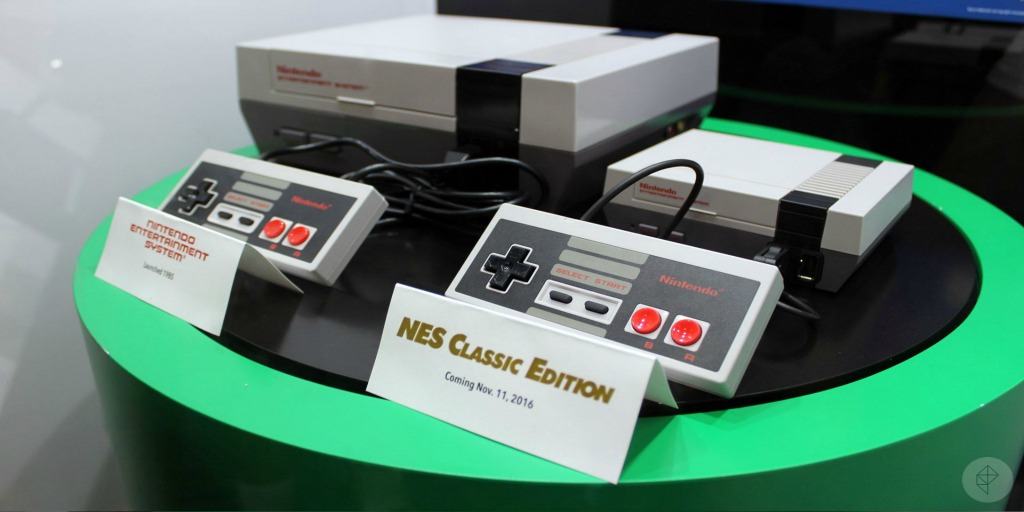 In Nintendo’s defense, let’s remember that the NES Classic Edition was intended to be a limited release. According to Nintendo, they didn’t expect it to be met with such a strong response. Nintendo ended production of the NES Classic Edition because it wasn’t a priority for them. As Reggie Fils-Aime said in an interview with Time Magazine:

“We’ve got a lot going on right now and we don’t have unlimited resources.”

And yet the The SNES Classic Edition was announced.

This time, in a statement to Kotaku, Nintendo claimed they would

So all of us awaited preorders and hoped for more than empty promises.

Over the past month chaos, stress, and salt has ensued. Pre-orders are now done in North America and everybody is angry. Yet almost everybody is angry at the wrong people. Here are the most common, misdirected complaints I’ve heard from Nintendo fans over the SNES Classic Edition. Some of these complaints are justified but all of them are misdirected in that the only entity we should be angry at is Nintendo. Fortunately for the company, gamer frustrations are also being directed to a few cogs in the scarcity machine Nintendo keeps building.

1. “GameStop Employees are hoarding the consoles for themselves or friends.” 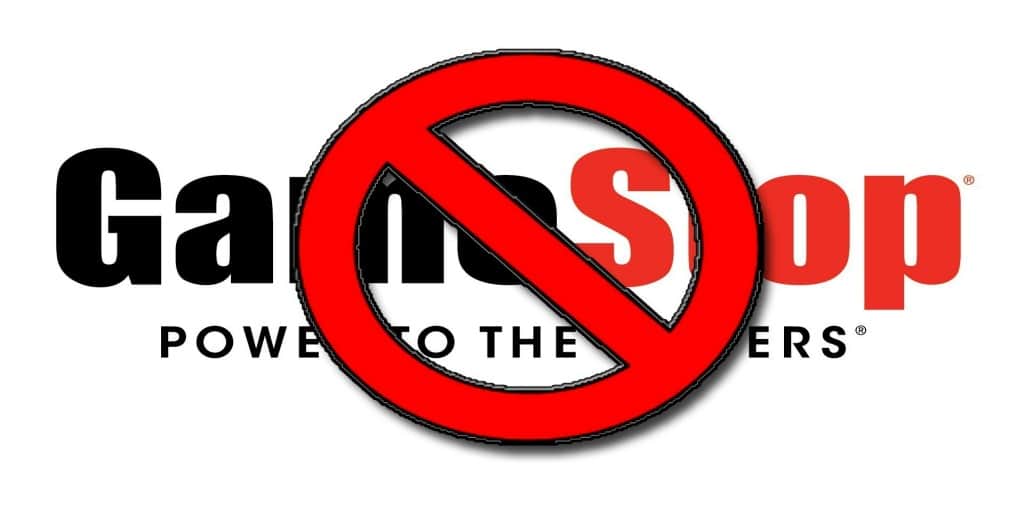 This complaint is highly anecdotal, and not at all everyone’s experiences. That being said, I have no doubt that this happens occasionally. That’s retail. If you think nerds working at GameStop and BestBuy weren’t securing those amiibos for themselves first you’re in for a rude awakening. Is it “right”? No. But it happens and, frankly, I don’t think it should be that upsetting to anyone. The workers still need to pay for the products and most of them are part-time at, or barely above, minimum wage. So no, I personally don’t think you should report them.

But more importantly, this isn’t a regular occurrence; especially for something as hot as the SNES Classic Edition. Since the pre-order announcement was so public it’s far less likely that workers even have a chance to get it themselves. Stores have limited supplies and customers were likely at GameStop immediately. Once a product is in the system the cashier cannot deny it to anyone (i.e save it for themselves or anyone else). But if a GameStop employee pulled some strings for themselves or a friend you should let it go. It sucks, but it’s over.

Even if this was your experience (unlikely) a few people are not a reflection of an entire company. I was happy to see that most gamers took solace in GameStop’s in-person pre-order approach because it provided a safe haven from bots who take online pre-orders instantly.

2. “GameStop and ThinkGeek Online Bundles are a rip off.”

Yes, and? That’s business. Didn’t get a stand alone pre-order? I’m sorry but now you have to also buy this mug and lamp. 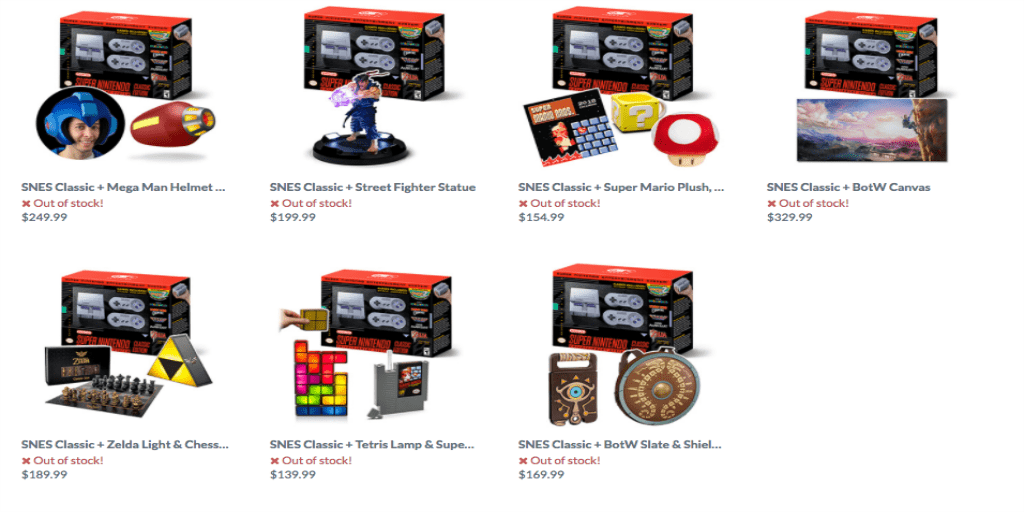 Companies will get away with what you let them which is why we have this SNES scarcity in the first place.

3. “Scalpers are the reason I couldn’t get the SNES Classic Edition.” 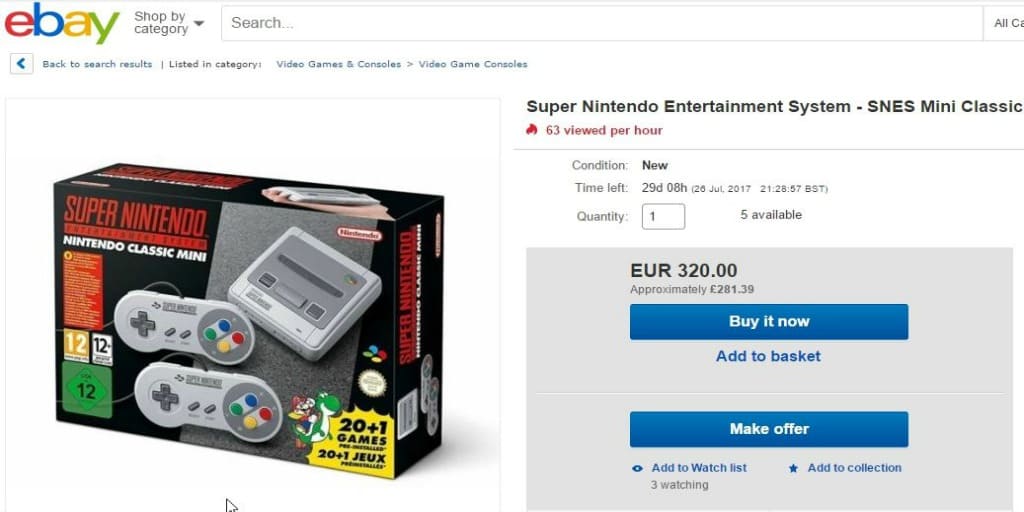 No, Nintendo is the reason you couldn’t get a SNES Classic Edition. If Nintendo had made enough to meet the demand scalpers would be out of the mini console business. Remember all the Wii U scalpers? Exactly. There were plenty of Wii U’s on the shelf! Too many Wii U’s sadly…

4. “People who buy from scalpers are part of the problem”

We need to let go of this idealism, when it comes to scalping, in the gaming community. Nintendo made this product rare, meaning if you weren’t able to get it your only choice is to turn to a scalper. If you decide not to buy from a scalper (whether you’re making the choice on principle or not) the scalper will sell to someone else.

It is impossible for us to ban together and stop scalping. It is not going to happen.

And on that note, let’s be honest, games are a business and games can be expensive. As gamers, we’re constantly spending our money on things that seem nonsensical to *some but we buy it because we want it. (*and that some can even include other gamers). From Funko pop figurines to buying the same game for a different console to spending money on a collectors edition that doesn’t even include a physical game (but does include a fake cartridge of the game). 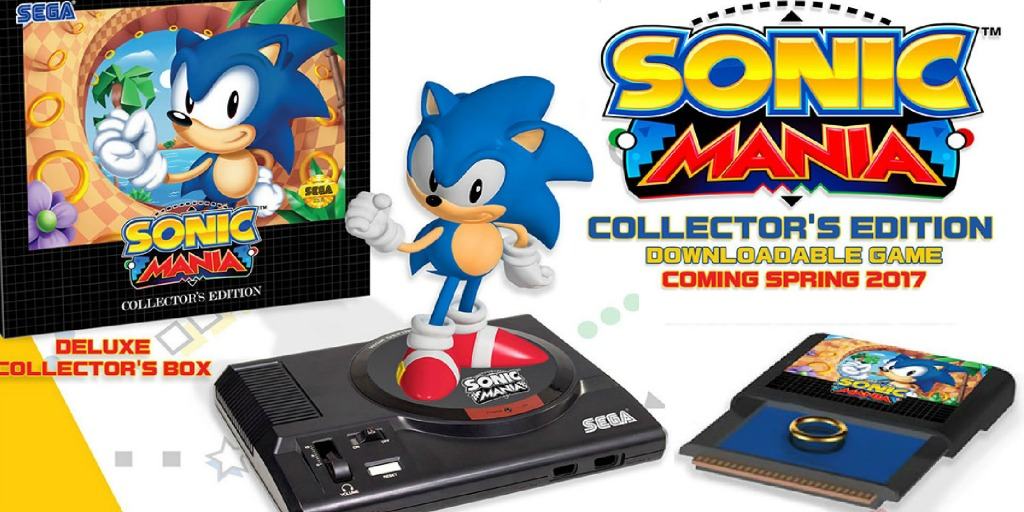 We spend our money on what we are passionate about, even if it’s not completely logical. That’s nerd culture. When it’s purely coming from a monetary standpoint, we have no right to police how other gamers spend their money. If you want the SNES Classic Edition so much that you don’t mind spending $300 on it, that’s up to you and you shouldn’t feel guilty about it.

5. “Pre-orders were gone too quickly (or put up at weird hours) at Amazon, BestBuy, Walmart, Target, etc.”

This is probably the most justified complaint and I do feel like these pre-orders could’ve been handled better. I think everyone would’ve liked to know, ahead of time, what time pre-orders would be going up. I don’t think it would’ve helped much but it would’ve give us the illusion of hope.

Still, all these issues can be traced back to one culprit.

Who We Should Actually Be Mad At

…and, to an extent, ourselves.

While Nintendo is where our anger should, primarily lie, we have to take some of the blame ourselves at this point. We’re the ones who keep getting upset when Nintendo screws us over even though that’s all they’ve ever done in these situations. I mean, did we actually believe things would be different this time?

But, I admit there’s no real solution here. I can only advise you to move on and accept who you’re dealing with. Nintendo has always been a fuckboy, but it’s who we (as Nintendo fans) are rolling with. We can want, even demand, that they get better but we shouldn’t let it frustrate us too much. So on September 29th camp outside your store of choice for that SNES Classic Edition, continue to struggle to game online in 2017, keep waiting for third party support, and—when you finally get home—enjoy those first party titles are just too good to pass up. It’s what got us into this mess of a relationship in the first place.