It’s jarring to read the headline above and know what to make of it. But unfortunately for Switch and PC owners, it’s not what you might hope. While under the Sony umbrella, it’s Sony Music Entertainment, and not Sony Online Entertainment that will be bringing projects toward other gaming platforms.

Sony Music has announced the formation of a new publishing label entitled Unties. Their goal, according to a quote from GameSpot, is “to unearth high-quality [indie] titles … and utilize SME’s vast entertainment business wisdom in order to expose them to as many consumers as possible.” Sony Music continued and stated that their goal was “to free creators from the myriad ties that bind them when it comes to publishing their games” and “make free, limitless publishing a reality.”And to reach as many consumers as possible and limit said restrictions, Sony Music plans to target the Nintendo Switch and PC owners in addition to their home PlayStation console.

The announcement of the label comes behind the introduction of Unties’ first project, Tiny Metal. The game was revealed at this year’s PAX West and features turn-based strategy elements mixed with a cartoonish war setting. You can catch the trailer below. 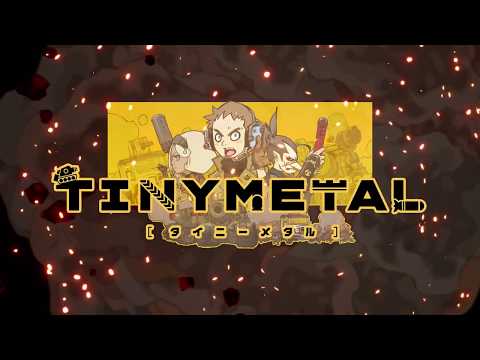 With the incredible success that many indie titles have had hitting the Nintendo Switch, it’s obvious why Sony Music and Unties have decided upon this strategy. While the PlayStation 4 is the market leader for consoles, it isn’t notorious for its fostering of independent titles. The Switch, however, seems like the new home for indies outside of PC.

So while the thought of taking The Last of Us, the Uncharted series, or any number of 1st party PlayStation 3 (the Switch couldn’t handle PlayStation 4 titles as they are) games on the go with your Switch – that isn’t happening. But it is encouraging to see that just because Sony Music is under the Sony banner in general, they can still play nice and come to other gaming platforms.