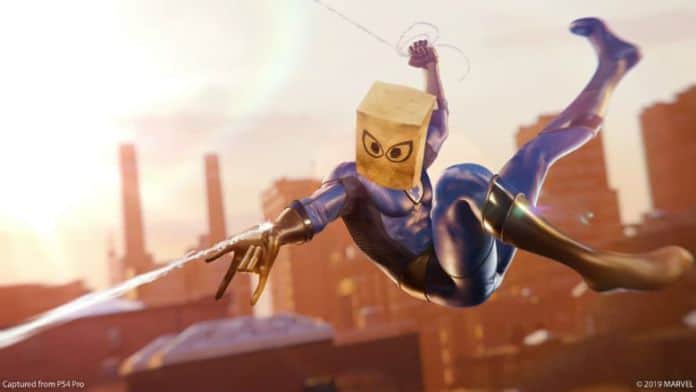 Back on January 8th, Marvel released a series of tweets teasing fans that something Fantastic Four related was coming to Spider-Man on PlayStation 4. The studio came through, announcing that Spider-Man Fantastic Four suits are coming for free today within the game’s 1.14 update.

The two Spider-Man Fantastic Four suits are coming free of charge from Marvel and Insomniac Games. Each of the two suits are fan favorites too. One for its slick look, and the other for its loveable goofiness.

In 1984’s Amazing Spider-Man #258, a then unknown symbiote attached itself to Peter Parker to create the infamous black Spider-Man suit. Once Peter realized the suit was negatively influencing him, he went to the Fantastic Four’s headquarters for assistance in getting it removed.

They finally did, but it left Peter in nothing but his underwear. As a solution, he donned a Fantastic Four costume for clothing – but then realized the group didn’t wear masks. So to conceal Peter’s identity, the Human Torch mockingly gave him a paper bag with eyeholes to wear. And thus, the Bombastic Bag-Man was born.

The other Spider-Man Fantastic Four costume arriving today stems from Peter Parker joining the Future Foundation during one of his comic runs. This was the name the Fantastic Four were using at the time, and the group wore all black and white suits that were pretty bad ass. One was designed for Spider-Man as well, and the final product ended up becoming one of the character’s coolest costumes to date.

These Spider-Man Fantastic Four suits could be the final pieces of DLC we’ll see for the game. The City That Never Sleeps story wrapped with the release of its 3rd chapter. And neither Sony nor Insomniac have confirmed one way or the other whether anything additional is coming down the pipeline. If so, it’s going to be a tough wait until the inevitable Spider-Man 2. 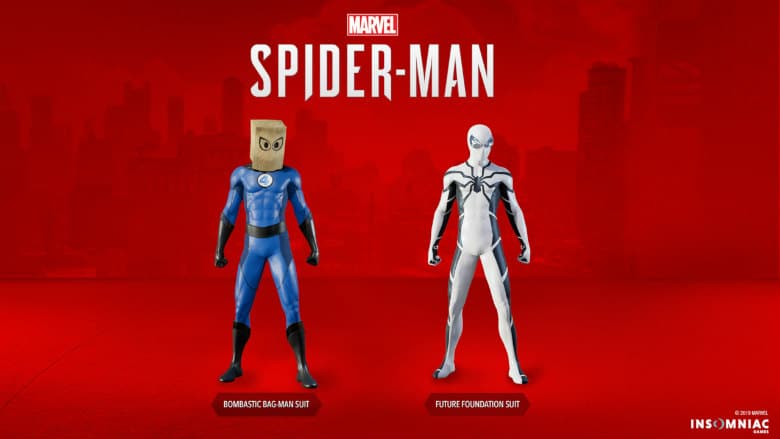