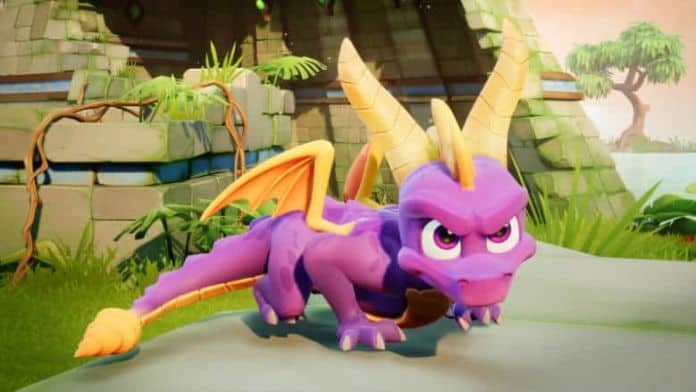 With just a month before it was due to be released, Activision and Toys for Bob have announced that their upcoming Spyro Reignited Trilogy is being delayed.

The Spyro remaster was scheduled to release on September 21st for PlayStation 4 and Xbox One. The developers at Toys for Bob need additional time to get their remake in order though, so the game has been pushed back to November.

Paul Vann, Co-Studio Head of the developer Toys for Bob, released the following statement on Activision’s blog today to break the news:

“Everyone here at Toys for Bob is so proud to be reigniting the original Spyro trilogy after all these years. We’re deeply committed to getting these games right, so we’ve decided to move the release date of Spyro Reignited Trilogy to November 13, 2018.

I really hoped that you would be rescuing dragons and scorching Rhynocs sooner, but the Trilogy needs more love and care. In November when you’re exploring the Dragon Realms, Avalar and the Forgotten Worlds, we know you’ll agree the extra time was worth the wait.”

Toys for Bob did a fantastic job with their 2017 release of the Crash Bandicoot N. Sane Trilogy. So it’s safe to say that the Spyro Reignited Trilogy is in safe hands. Take a couple of extra months with the goal of “getting these games right” is only going to make for a better product in the long run.

The Spyro Reignited Trilogy consists of remastered versions of the first three Spyro games: Spyro the Dragon, Spyro 2: Ripto’s Rage!, and Spyro: Year of the Dragon. Toys for Bob is quite familiar with the series’ lead character. The studio developed the Skylanders series since its debut in 2011 which started out as a spin-off, Skylanders: Spyro’s Adventure.

Hopefully Toys for Bob nail the Spyro series just as they did for Crash Bandicoot. We’ll find out November 13th.