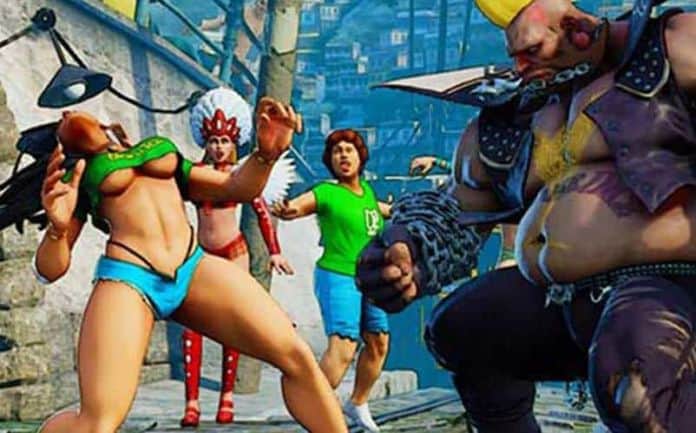 Among the many problems plaguing the release of Street Fighter V — you know, not being able to find an online match at launch, there not being an arcade mode, and rage quitting, for instance — it seems as though its biggest issue is being greatly overlooked and under-discussed: what the hell is up with the character models for ALL of the females on the roster?

I remember as a child, playing Super Street Fighter II Turbo for hours on end. Hours upon hours were spent cheesing with Chun Li’s Hyakuretsukyaku, Ryu’s Habdoukens and electrocuting those who got close as Blanka. Never once did I think, “Man, you know what this game really needs? Bigger boobs!” Sure, Chun Li was cute, and she was probably my first crush, but she wasn’t over-the-top sexualized like she is now (see What’s Going On With Chun Li’s Ridiculous Boob Physics via Eurogamer for an interesting video).

I know, I know — how dare a die hard fan attack our beloved franchise. Well, this isn’t the same game we’ve all been playing for so long, and what was once a must-play fighting franchise that allowed gamers to feel an unprecedented level of self-expression is now a game that focuses on T&A instead of a fun and strange experience. In fact, the latest Street Fighter takes the sexuality to the nth degree.

The biggest offender in the latest iteration of the franchise is R. Mika, a wrestler who is proportionally, well, top heavy. But her chestiness isn’t the only thing that makes R. Mika standout on the roster of mostly otherwise great-looking characters (I love the new Dhalsim). Last year, Capcom found themselves in some hot water over some of R. Mika’s animations, one of which showed the fighter smacking her butt after winning with her super attack. Capcom, attempting to save some face, decided to change the animation, moving the butt slap off camera. Although they didn’t give an official reason for their change of heart, the change undeniably came about after online backlash. But what about the fact that she still does a butt bounce at her enemy? Or the fact that she’s frequently depicted in sexual poses? 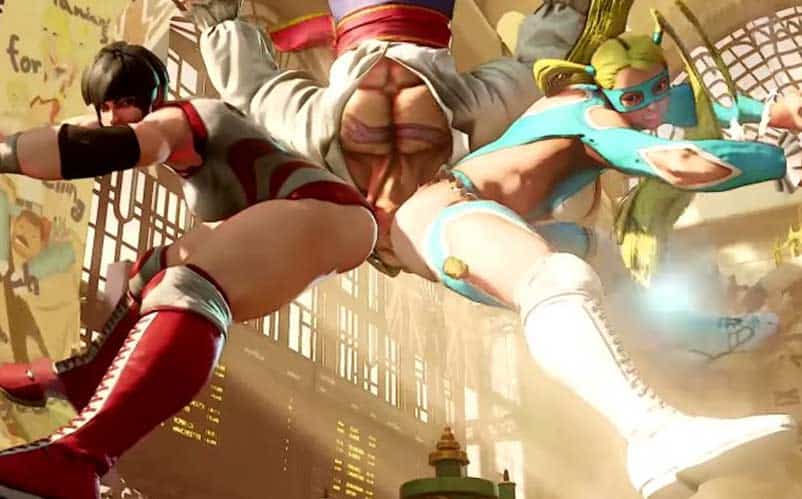 R. Mika is just the start of Street Fighter V‘s character design flaws. Take a look at Laura’s design, especially in her alternate costume. And, the numerous crotch shots.

As a side note, I always wonder how these sorts of conversations go. Is the game director walking around, checking out the animations and saying things like, “No, her boobs are too small. No, too much clothing. No, the jiggle physics are all wrong!” Seriously, am I the only one who wonders these things? You have to know that the results we’re seeing in-game are deliberate. The thought that these directors and designers are having actual, thought-out and thorough discussions on their character designs only to see results like R. Mika and Laura as they are in SFV is an outrage in itself.

I’ll point out that female sexuality is not inherently a negative thing; the problem arises when women are objectified and their sexuality is being exploited for the male gaze. Street Fighter V is pandering to a predominantly male audience, which is why Capcom is failing to attract a stronger female fan base for the franchise.

But the point of all of this is to present the question, why is it all necessary? Why does Capcom feel the need to go over-the-top? I’m certain that fighting game fans wouldn’t have skipped the game if R. Mika had a B cup. If Laura was a little on the heavy side, would we not have preordered? No, and THAT’S the point that’s important here. We are in an internet of things age where pretty much everything around us can browse the web. If the fighting game community feels the need to check out some scantily clad women, there are sites on top of sites on top of sites dedicated to just about everything you can imagine. When we’re able to get porn on our smartwatches, do we need it in our video games?

It appears as though so-called artistic liberty in the form of gratuitously oversexualized characters has become more important than not contributing to the objectification of women. Maybe if Capcom’s developers focused less on making their characters smack their asses and more on actually developing important things (you know, like an arcade mode), Street Fighter V might not be so bad. But as it stands right now, the franchise is trying to up the sexy factor to attract new players, but instead of getting the results they’re looking for, it’s looking like the ugliest person in the room.

What are your thoughts about the character design in Street Fighter V? Sound off in the comments below.

Are Indie Games Diminishing the Appeal of AAA Games?