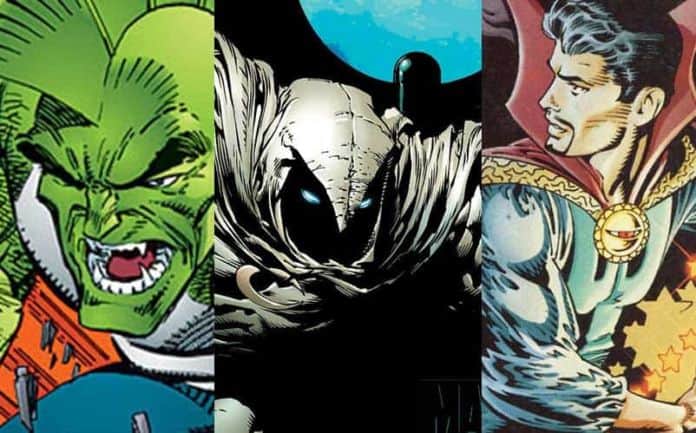 Super hero games are very hard to nail. Look at all of the great super heroes we’ve seen in their own video games in the past and how many of those games are actually any good.

Batman games are great, sure, but it’s time that the Caped Crusader passed the cowl to a new superhero, so to speak. We love what Rocksteady did with Batman, and we’ve been able to play some truly great superhero games so far in our lifetime, like Marvel: Ultimate Alliance, Spider-Man: Shattered Dimensions, and the original Batmangame on NES. Naturally, we want more. Lots more. 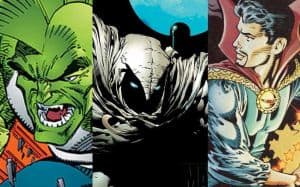 There are plenty of superheroes who are sitting around waiting for a video game publisher to give them the video game treatment. While some superhero video games were absolute abominations — we’re looking at you Superman 64, The Amazing Spider-Man,and Deadpool to name a few — we think these comic book heroes might offer a better chance at success.

Here are 20 super heroes who need their own video game: 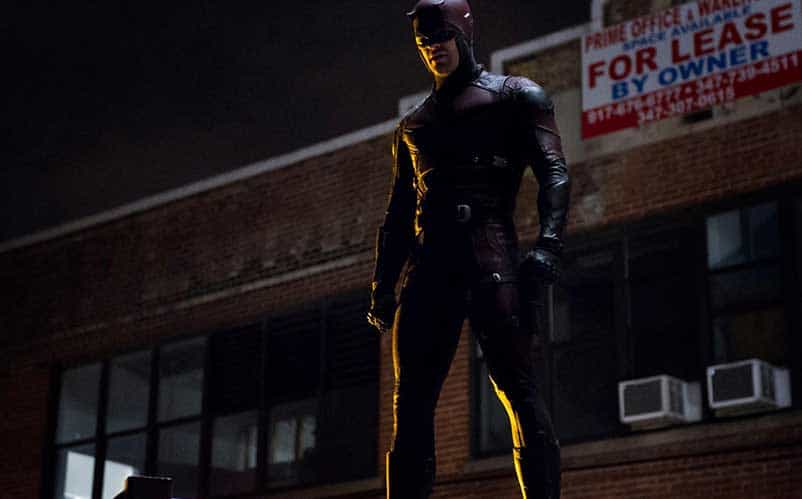 Especially with his new recent rise to TV stardom, thanks to his new Netflix show, Daredevil deserves a proper video game treatment. At one point (during the Xbox/PS2 era), there was a Daredevil game in development titled Daredevil, but it was canceled and never saw the light of day, causing a $5.6 million write-off for Navarre, the company responsible.

Still, it’s undeniable that Matt Murdock’s appeal has skyrocketed since his show first debuted on Netflix, and a Daredevil game by Marvel could have some unique systems contained within. 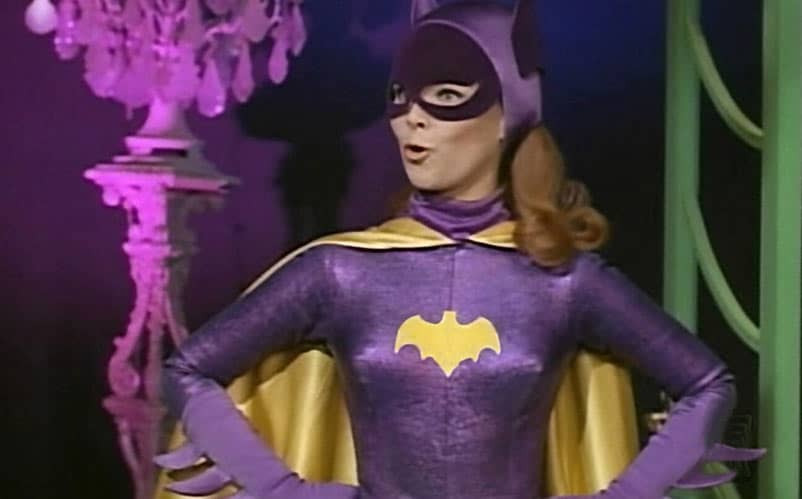 We’ve already made our case here at Nerd Much about Batgirl being the next game in the Gotham City universe. We already had a mild taste of Batgirl gameplay earlier this year with Batman: Arkham Knight‘s DLC. Although it was short-lived, it was fantastic, and really makes us hope for a Batgirl game in the near future. We also included Batgirl in our list of DC heroes we want to see on the big screen, too. 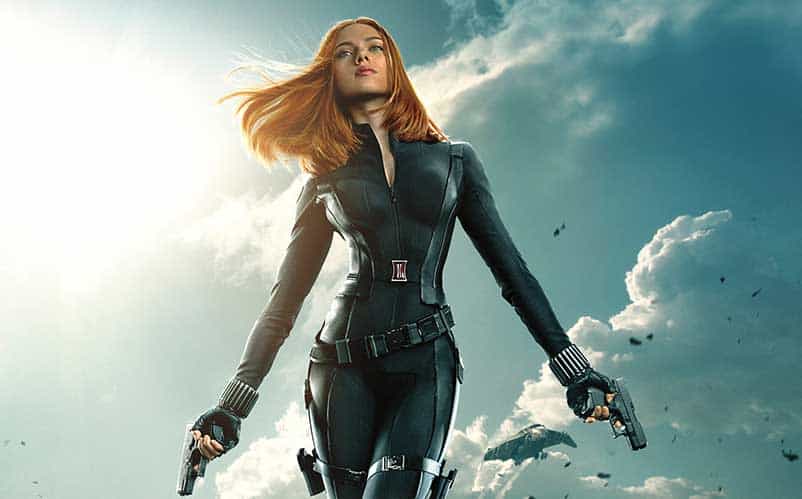 There’s been a fan request for Marvel to come out with a Black Widow movie for quite some time now, and hopefully, we will get one after she appears in Civil War. But a Black Widow game could be a formidable game that could put her at the forefront and have other Marvel characters cameos in it, too.

We’re currently seeing a rise of the female heroine in video games, as shown by the slew of new female-led games that were revealed at E3  2015, so I don’t think it’s an outrageous idea for Natasha Romanoff to lead her own game. 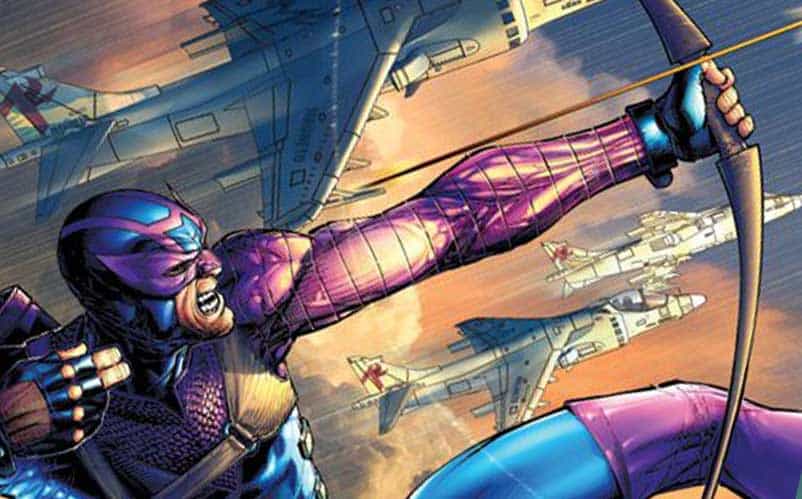 Hawkeye might not have enough of his own fans to lead his own game, but the world’s greatest marksman could have some unique mechanics that would be enjoyable even if you don’t know much about him already. Bows tend to work really well in games (see Far Cry Primal, Horizon Zero Dawn, etc), and that means a Hawkeye game is ripe for greatness. 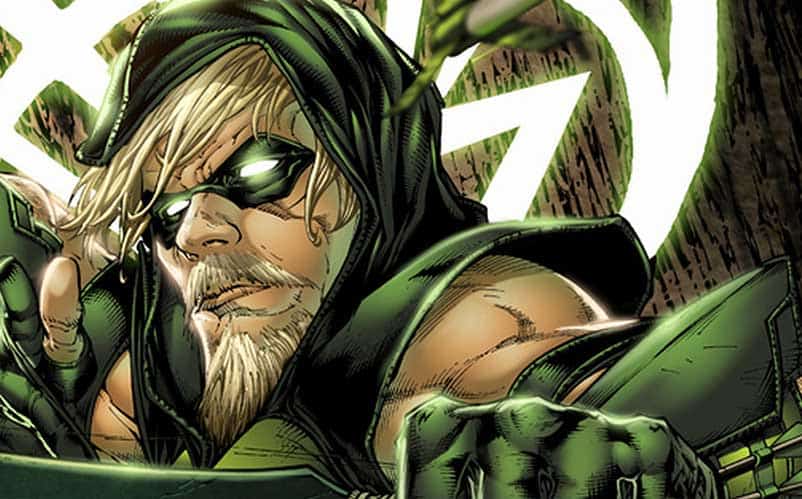 Of course, Green Arrow has also seen a rise to fame over the past few years thanks to his TV show. He has a fantastic back story that would translate incredibly well to a video game, and we all love shooting arrows into things, right? His comic books are successful, and the show is successful, and now we’re hoping a Green Arrow game could be next, especially now that Rocksteady is done with the Arkham series. 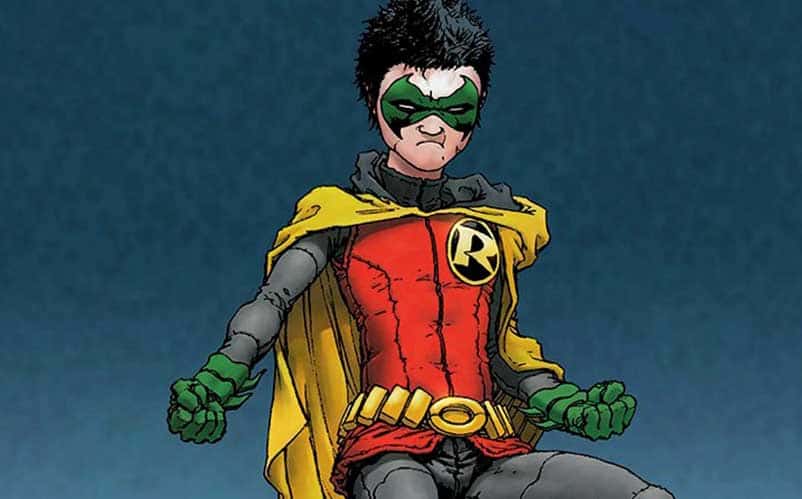 There are so many possibilities for a Robin game that we don’t even know where to start. The Boy Wonder has been in the Arkham series, but we think he’s ready for the spotlight. It could follow the story of the original Robin’s inception and then follow his journey for a couple of games until Dick Grayson becomes Nightwing.

It could follow Jason Todd taking over and his “final” scrap with the Joker. A Robin game could also follow young Damian Wayne as he first becomes Robin, too (we think this would provide the best opportunity for unique gameplay). There are virtually endless possibilities, and given Robin’s use of acrobatics, gameplay could become wildly different from Batman’s. 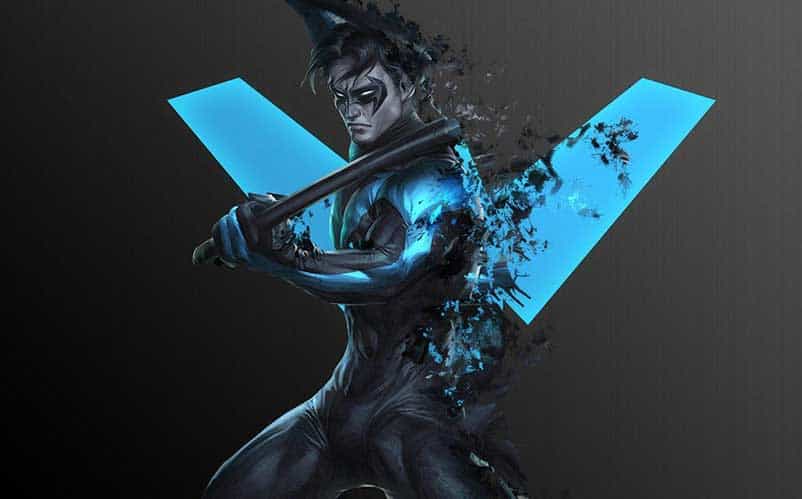 We’ve already gotten a small taste of Nightwing gameplay in both Arkham Knight and Injustice (and he’ll likely be in Injustice 2), and we enjoyed every minute of it. If we were taken deep into Nightwing’s story years after he was dismissed as Robin, it would be an interesting game. As long as it’s set in Bludhaven and not Gotham, a Nightwing game could feel much different than Rocksteady’s Batman. 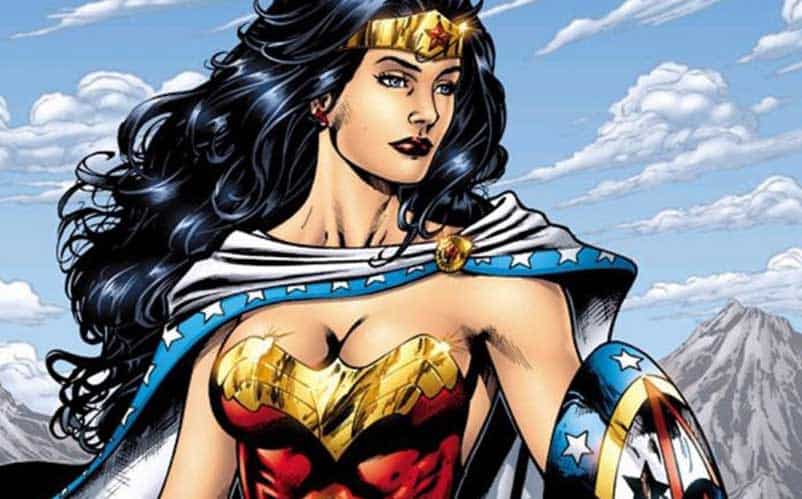 Especially with Wonder Woman making her way into the DC movie universe, now’s the time for a standalone Wonder Woman game. We got a glimpse of her power in Injustice: Gods Among Us, and her tale would translate well into a video game. A mega battle between Wonder Woman and Ares would make for a great game, since Ares is such an evil-looking villain. Plus, with the popularity of Wonder Woman, and the upcoming standalone movie, the game would probably sell well if it looks good. 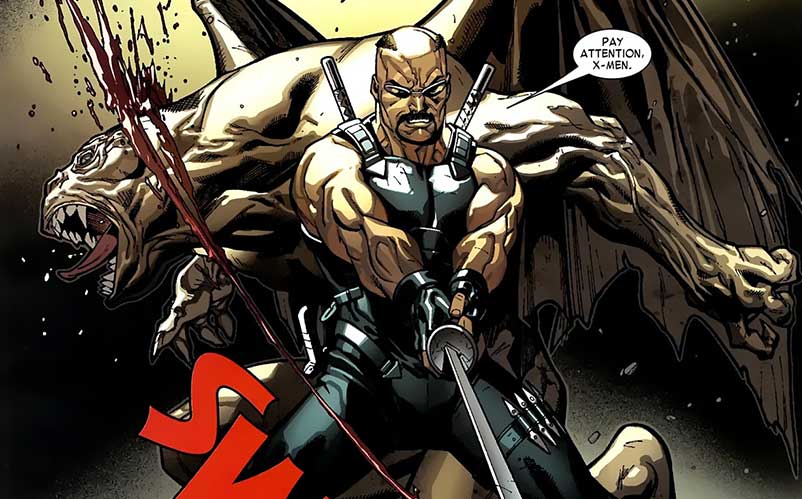 While we’re all obsessed with killing zombies, there hasn’t been a straight up vampire slayer game for us to sink our teeth into. Blade‘s appeal is undeniable, and his comic is ripe with ideas that translate well into a video game (like, you know, killing big rooms filled with vampires).

We don’t think a Blade game would happen unless there were a movie or TV series in the works, as Marvel would need one of those two things to happen so that Blade has a broader appeal. Still, the idea of hyper-realistic vampire killing sounds like a good idea. 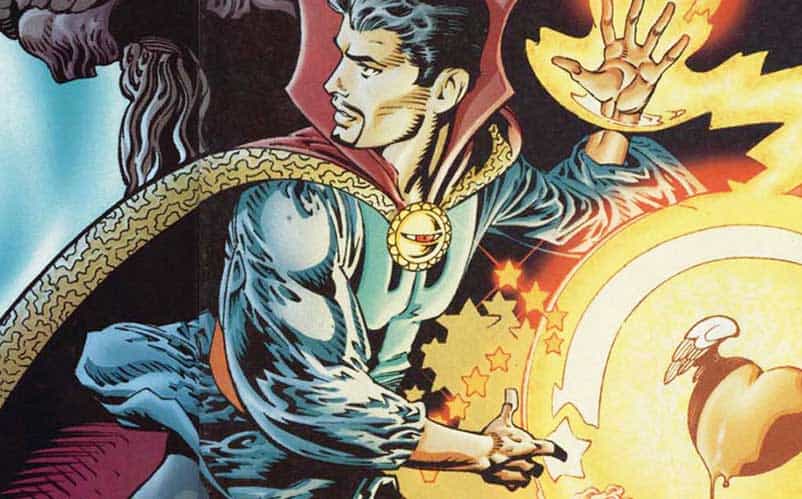 A Doctor Strange game has the potential to finally satisfy our need to cast spells in video games. The best way to describe Doctor Strange, in our opinion, is “delightfully weird.” His persona is perfect for video games, and his many different magical abilities would be fun for gamers. Now is the perfect time for more Doc Strange stuff, since the Benedict Cumberbatch-led Doctor Strange movie will be hitting soon. 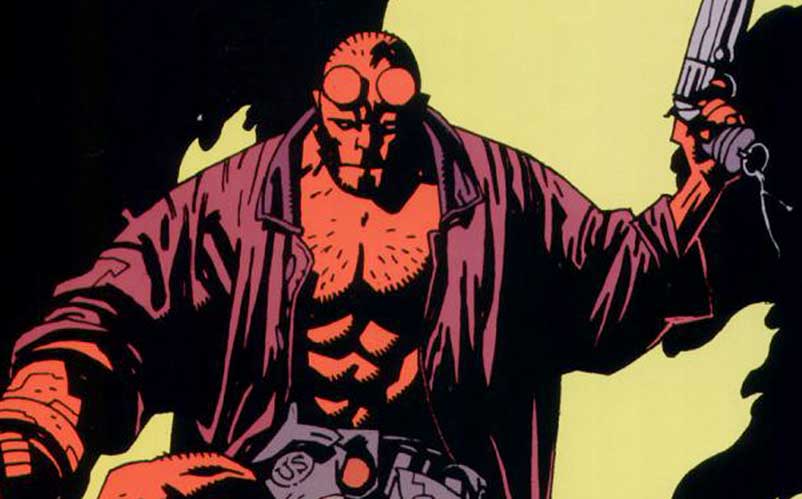 Mostly thanks to his movies, Hellboy is a relatively well-known big red hero, at least as far as Dark Horse’s heroes go. He was summoned from Hell to Earth as an infant demon by Nazi occultists, and was then discovered by the Allied Forces. He becomes a part of the BPRD. We’re surprised there hasn’t been an attempt at a Hellboy game just yet, as he’s a perfect fit for the video game world. 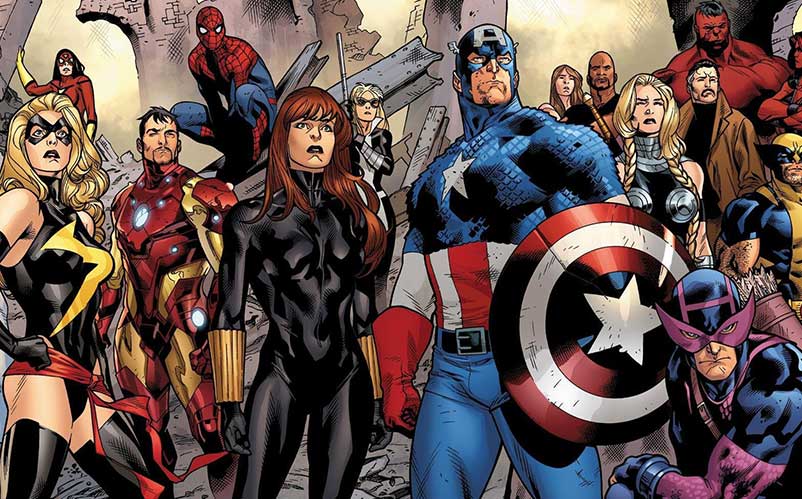 So, we’re cheating a little when we say we want an Avengers video game. Still, comic book fans want an Avengers game, preferably in the form of a 4 player co-op game (couch co-op and online co-op, please). We wouldn’t even be object a top-down beat-em up. But given the fact that there are many Avengers and many storylines they’ve been a part of in the Marvel Comics universe, it’d be relatively easy to bring them to a video game. 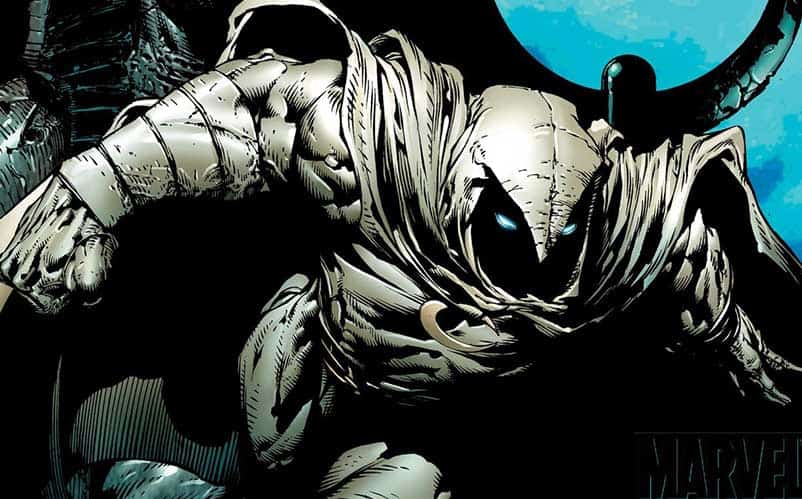 Moon Knight is often touted as Marvel’s Batman, and because Batman games work so well, it could be a big hit for Marvel. Well, he’s not as popular as Batman, but he’s still basically Batman.

He’s not super, he’s a vigilante, he’s rich, and he even has a cave under his mansion — all of the similarities are there. It’d be a great way for Marvel to sell more of its comics, and it could pave the way for a Moon Knight appearance on the big screen. 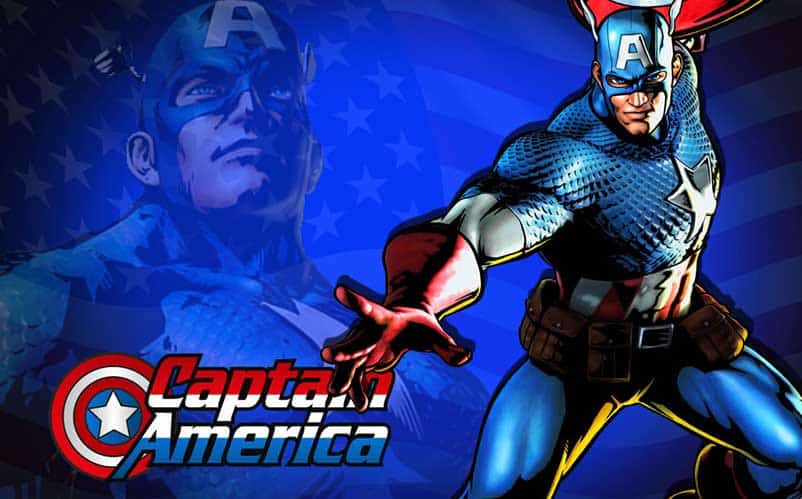 You won’t find a better early 90s arcade game than Captain America and the Avengers. It was EVERY level of badass. But, that was over 20 years ago, and Captain America hasn’t had an impressive game since. 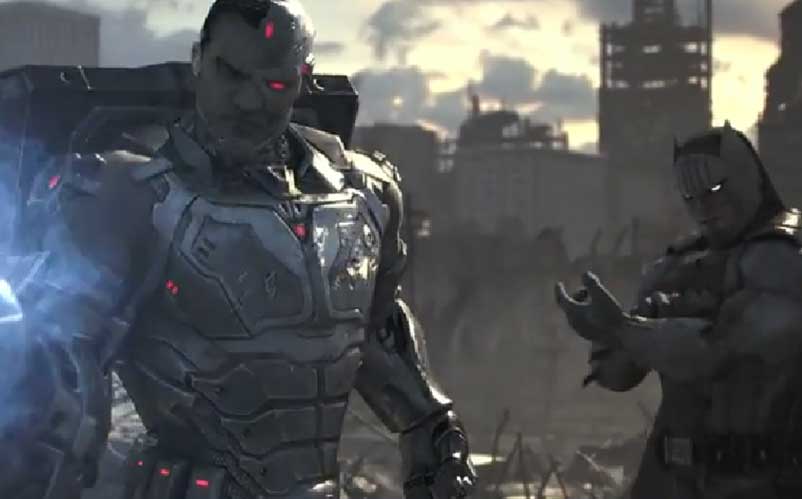 There are tons of video games that already use cyborgs in them. Bionic Commando, Deus Ex: Human Revolution, and Mortal Kombat are just a few popular games that use cyborgs. Cyborg, the DC Comics character, is a member of the Teen Titans, and his cybernetic enhancements provide superhuman strength, endurance and durability.

He also has the ability to talk with computers. He’s fast, and is able to leap great distances. A Cyborg game would basically play like Crackdown, but set in the DC Universe. Count us in. 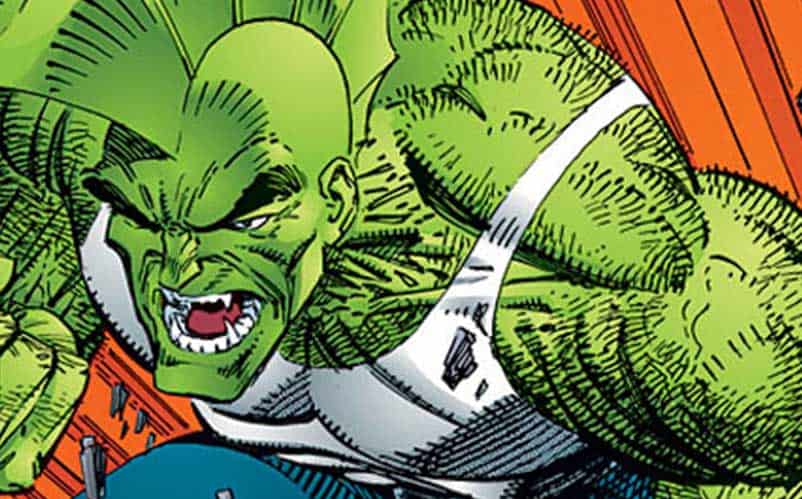 Before Image Comics was known for The Walking Dead, they were arguably best known for Savage Dragon, a book about a superheroic police officer named Dragon that’s large, finned and green-skinned.

He has super-strength like the Hulk, but also has advanced healing capabilities. He’s also an amnesiac, so that could create an opportunity for a discovery mechanic in a Savage Dragon video game. An experience based on the hero would also appeal to non-comic book fans somewhat too, since they’d be drawn to his cool look. 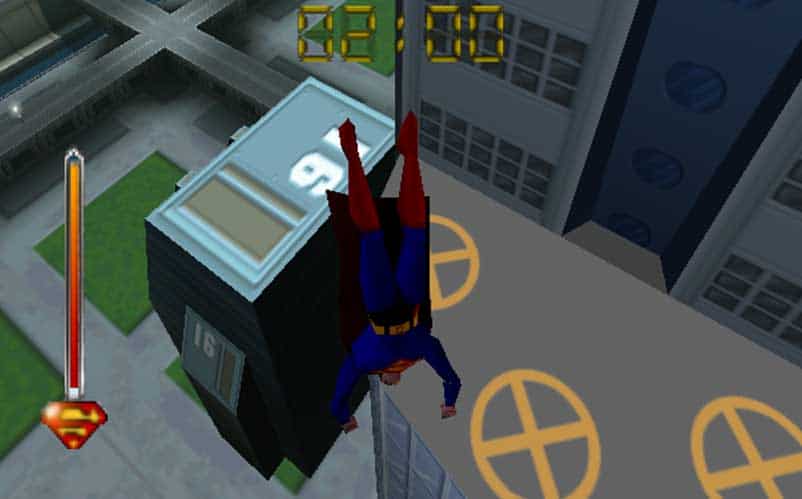 Superman hasn’t had the best career in video games, has he? After the mess that was Superman 64, we all basically stay away from Superman games. He’s a tough character to put into a video game, as he’s virtually invincible, but there are ways to weaken him, of course. Still, a proper open-world Superman game would sell like hotcakes nowadays, especially if it were developed by Rocksteady. We have hope that Clark Kent will get his own game soon, but until then, he belongs on this list. 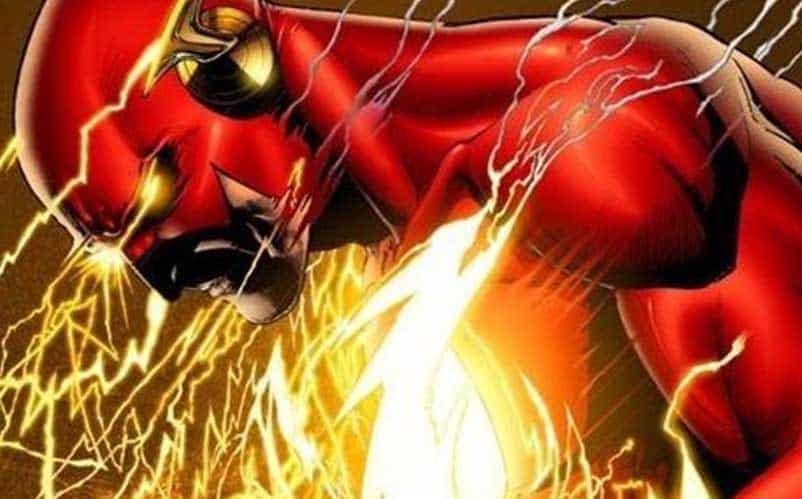 Like Arrow, a TV series has done wonders for the popularity of The Flash, bringing him front and center in the minds of comic book lovers. His super speed allows him to travel through time, lend and borrow speed, and pass through walls by quantum tunneling. All of these powers translate well to video games, and I think a Flash game with Barry Allen or Wally West could be potentially great. 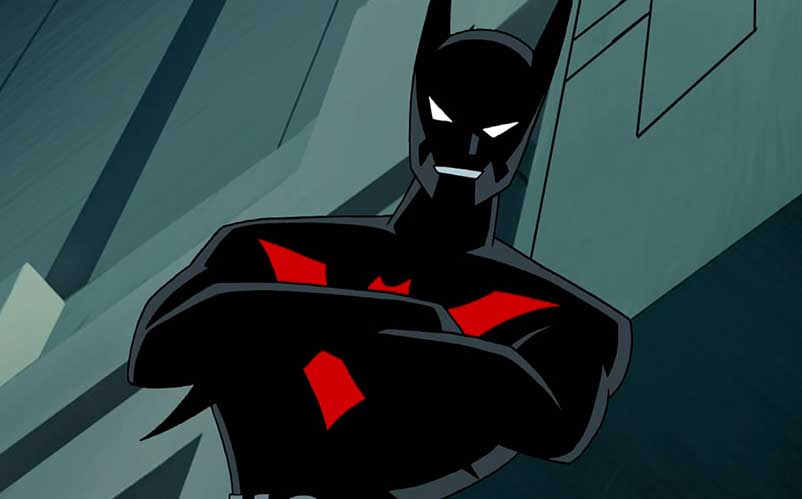 I’ve already talked about other Batman games we’d like to see, and a Batman Beyond was and is one of them. A futuristic Batman would allow any video game developer to have a field day with imagining a future Gotham, although a Batman Beyond game would likely just take the route of the animated series by going cyberpunk.

Still, even if we check in on the creation of Terry McGinnis as Batman, with Bruce Wayne as his mentor, it would likely be a memorable experience worth exploring. Although we’ve already seen so many Batman games before, if there’s one super hero game on this list that I want most, it’s a Batman Beyond game. 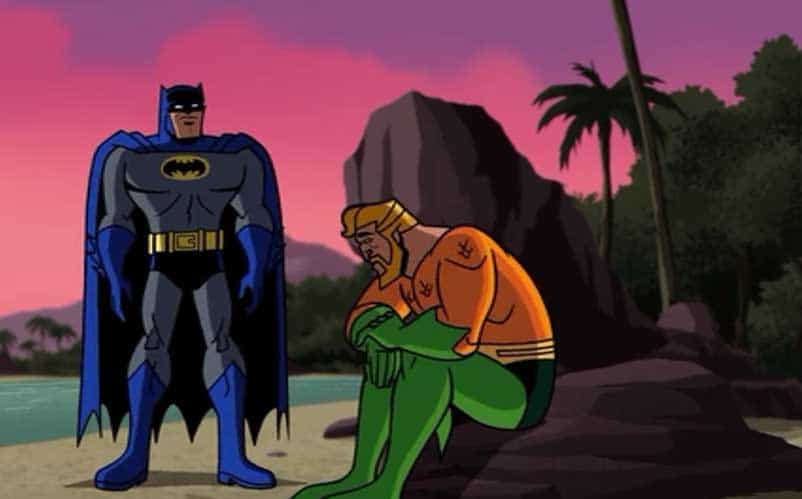 Just kidding. No one would want this, as we’ve already seen how bad an Aquaman game can be. But in all seriousness, we don’t see an Aquaman game being popular enough to be worth a publisher’s time.

What super hero games would you like to see? Sound off in the comments below! We’d love to hear from you!