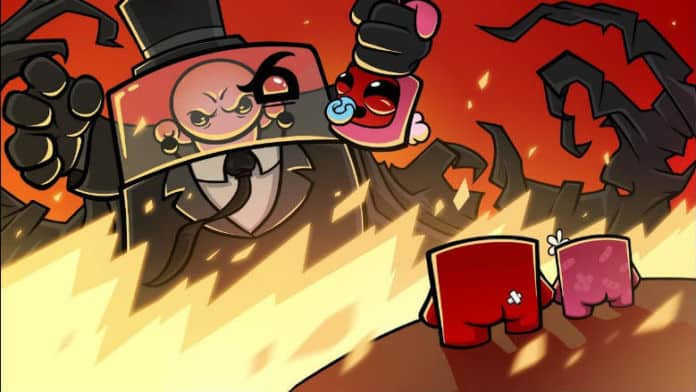 Team Meat broke the news to the internet today that the studio is going to need some additional time to finish their upcoming game. They confirmed a Super Meat Boy Forever delay, mainly because the studio refuses to overwork themselves in a way that seems all too common within the industry these days.

It’s been a few years now since the title was formally unveiled. The renewed project debuted at PAX Prime in 2017. And later within the Nindies Summer 2017 Showcase for Nintendo. Fans of the series have been patiently waiting for its release since, however, it’s now confirmed they’ll be waiting a bit more.

The developers stated in a Twitter message that they’ve “been knocking out the last bits of Super Meat Boy Forever at record speeds while keeping a healthy sustainable pace. We are going to keep that pace which means we will not hit our April 2019 release.”

The studio’s aversion to development “crunch” in an effort to get the game out on time is clear. “We could have sacrificed our minds, bodies and social lives to make April 2019 but that’s stupid.” Their message continues, “Team Meat isn’t some studio owned by an Evil Asshat corporation that has say over what we do and how we do it. We are fortunate enough to have control over how we work and we choose not to run ourselves into the ground.” Refreshing.

Team Meat promises that a new trailer for the game will be forthcoming sometime soon. And within it, the studio will reveal where the Super Meat Boy Forever delay now puts the title’s release date.

Originally planned as a mobile title, Super Meat Boy Forever eventually evolved into a full blow sequel to the Super Meat Boy series. In addition to iOS and Android, the notoriously difficult platformer will now land on Nintendo Switch, PlayStation 4, Xbox One and PC “after but not too far after April”.

Looking for another indie game to fill the void? Checkout our Indie Games hub here.