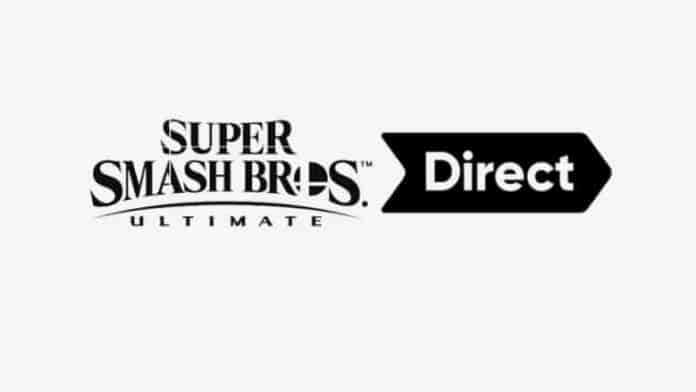 If you stepped away from the internet over the weekend well then we’ve got some Nintendo news for you. Nintendo made Sunday super by announcing that a Super Smash Bros. Ultimate Direct is coming our way later this week.

The news came during Evo 2018. Evo, one of the biggest fighting game tournaments in the world, features Super Smash Bros. Melee prominently as one of its events. That tournament came down to two Melee mainstays in Leffen and Armada. Leffen ended up sweeping Armada in the Grand Finals to come away with the 2018 title.

But Nintendo utilized the tournament’s timing to further promote their upcoming fighter. Just as things were wrapping up, the Nintendo Versus Twitter account, “Your destination for Nintendo fun and competitive updates, published this:

So what can we expect from Wednesday’s Super Smash Bros. Ultimate Direct? Well, a more inside look at the game, of course. What that means we’ll have to wait and see. All that the Twitter announcement confirmed was that we were getting a “livestream featuring new game information delivered by director Masahiro Sakurai”. Typically Directs are prerecorded and then aired at a specific time. So the fact that Nintendo is advertising this event as a “livestream” is different for sure.

Some fans have been hopeful that we could get some type of new mode akin to Melee’s Subspace Emissary. Others are just hopeful we get something similar to the more recent Adventure Mode. Perhaps we get these details in a couple of days.

Of course, everyone is hoping that we get a handful of new character reveals. But fans should tempter those expectations. When Ultimate made its formal debut back at E3, Sakurai stated that with the inclusion of every character in Smash Bros. history, he hoped fans wouldn’t be too demanding with the number of new fighters brought in. The series’ executive producer then immediately showed off a new fighter in Ridley, so he can’t expect us to tempter those expectations too much.

We don’t have much longer to wait before we find out what Sakurai and his Smash team have in store for us. We’ll cover all the happenings of the Super Smash Bros. Ultimate Direct as they happen on Wednesday.