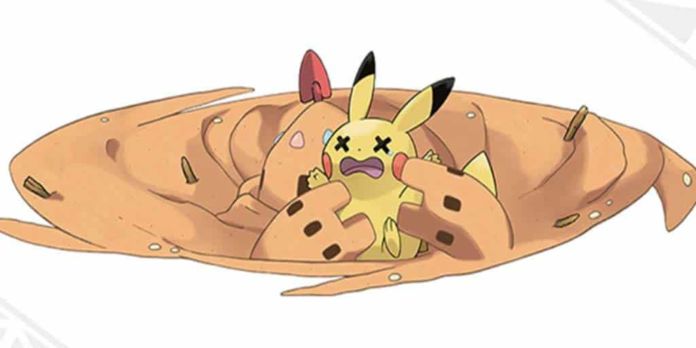 It’s only a matter of time and… more time… and some more time after that. I know I have no right to complain about how long Pokémon is; after all, it’s one of the shorter games of the RPG genre. The main story is only 32 to 50 hours, according to HowLongToBeat.com. 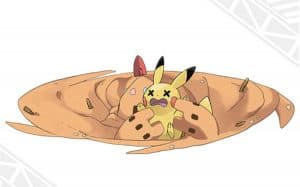 But if you’re like me, and game slowly, HLTB has always felt like a cruel lie. And, if you’re even more like me, you’ve been playing Pokémon Sun and Moon since its release date but still haven’t made your way through it despite (what feels like) a solid effort on your part. You’re not alone in your frustrations, and there are some strategies that can help.

Not finishing a game is an emotional experience

It’s January, 2017 and I’m still playing a game that came out in November, 2016. There’s nothing inherently wrong with that. 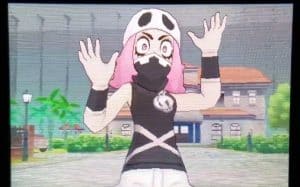 But as I watch all my friends become Alola Champions, I can’t help but feel a pang of jealousy. It should be me, I say with determined eyes. This jealousy is followed, almost immediately, by guilt. Games are meant to be enjoyed, yet here I am so focused on the destination I am worried I’m missing out on the journey. But is it even possible to be missing out on the journey when I’ve logged 68 hours and am still only halfway through Poni Island?

As a gamer, I have the bad habit of logging a few hours into a game and then putting it down for months (at times, years!). Then, by the time I get back to it, I forget what I was doing and start over. That’s the story of most of my physical backlog. From Donkey Kong Country Returns on the 3DS to Sunset Overdrive on the Xbox One to my replay of Banjo and Kazooie on the N64, this is a story as old as time.

In an attempt to cut down on this bad habit I’m (trying) to limit the number of games I’m playing at once. For a while it was Life is Strange and Pokémon Moon, then it was Thief and Pokémon Moon, then I decided not to enjoy Thief until I finish Pokémon Moon. And what do I get when I finish Pokémon Moon? My reward to myself is to finally open Animal Crossing New Leaf so I can sink my time into that. I realize my relationship with games may sound a bit dysfunctional but the truth is I just got spoiled. The last few games I’ve finished have been under 20 hours. I’m used to visual novels, platformers, and puzzle games: none of which require too much time to complete.

Pokémon Moon has been a great experience, but as I reach the end I just want it to end. It took me months, maybe even years, to actually finish Alpha Sapphire (which I only completed by going into the elite four completely OP with a Pokémon I got from Game Stop, yes I am ashamed of myself). Being patient is hard. And when you combine that with being a slow gamer and a RPG noob the results are too much to handle. Here’s how you can get through it.

Remember why you started in the first place

When you’re eager to see those credits roll but a good number of hours away from the ending, it’s easy to fall into a negative mindset. So, as I approach Trial 7 on Poni Island I remind myself why I love Pokémon. Backtracking has helped with that. Returning to previous islands has helped me gain XP, explore previously inaccessible areas, and catch Pokémon I haven’t caught yet. This was particularly great for me because my favorite part of Pokémon is seeing and catching monsters. When you just want to finish the main story, taking detours can be fun yet discouraging because you can play a few hours yet feel like you didn’t make “real” progress. But it’s important to remember every detours will pay off when your Pokémon are strong enough to win battles and finish trials with ease.

Binge play with caution (it may not be for you)

Many gamers talk about their marathon gaming sessions with fondness. As for myself, I wasn’t much of a marathon gamer as a kid—aside from Super Smash Bros. Melee tournaments, Mario Party 4 sessions, and one amazing day with Dragonball Z Budokai. I wanted to re-experience the binge gaming session with Pokémon Moon. It was pretty fun, but equally exhausting, playing for 8 hours straight. I was satisfied with how much progress I made in a single day. But, when morning came, I was Pokémon-ed out. It took me at least a week to pick up the game again. So for me, playing a little bit (consistently) is more helpful that infrequent marathons. Play in whatever way works for you but just remember that the burn out can be real.

Change the way you play

I often play Pokémon while watching TV or listening to podcasts. I enjoy gaming this way but, when it comes to a longer game like Pokémon, I think it can inadvertently make the game feel like a chore. It’s like, “I have to do this so I might as well put a podcast on.” Once again, for me this is a symptom of the game’s length rather than a condemnation of multi-task gaming in general. I still enjoy other media while I play Pokémon but it helped to spend the other night playing the game with the game’s sound on and nothing else. It reminded me of the sort of comfort food Pokémon can be when you’re not obsessing over finishing it.

Pokémon is about having a strong and diverse team (although some players opt to train specific teams per trial in order to have a distinct advantage against their opponent(s)). For me, getting feedback from more seasoned players has been helpful. Although I didn’t receive any recommendations when it came to changing my roster, I did get helpful reminders regarding evolution: such as Growlith needs a firestone to evolve and Haunter won’t become Gengar until he gets traded. 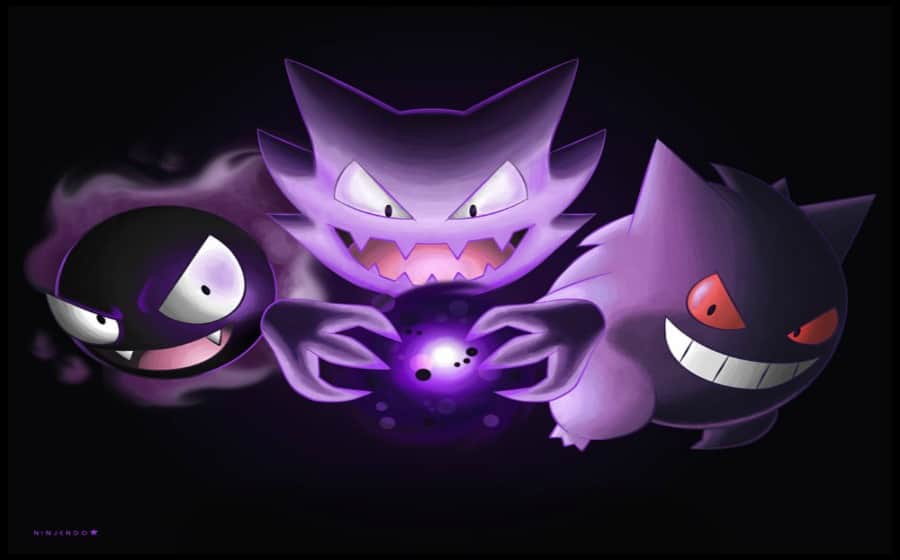 These tips are common knowledge to Pokémon veterans but having only played Alpha Sapphire since Gen 1, myself, I have a lot to learn. Which brings me to my next point

You can Google most Pokémon information you need but loading up pages on your phone, while avoiding ads, can be a nuisance. With so many Pokémon to catch and so much offered in the post-game, buying a guidebook just made sense. In addition to making a nice collector’s item, especially if you buy the hardcover one, you’ll have everything you need at your immediate disposal. 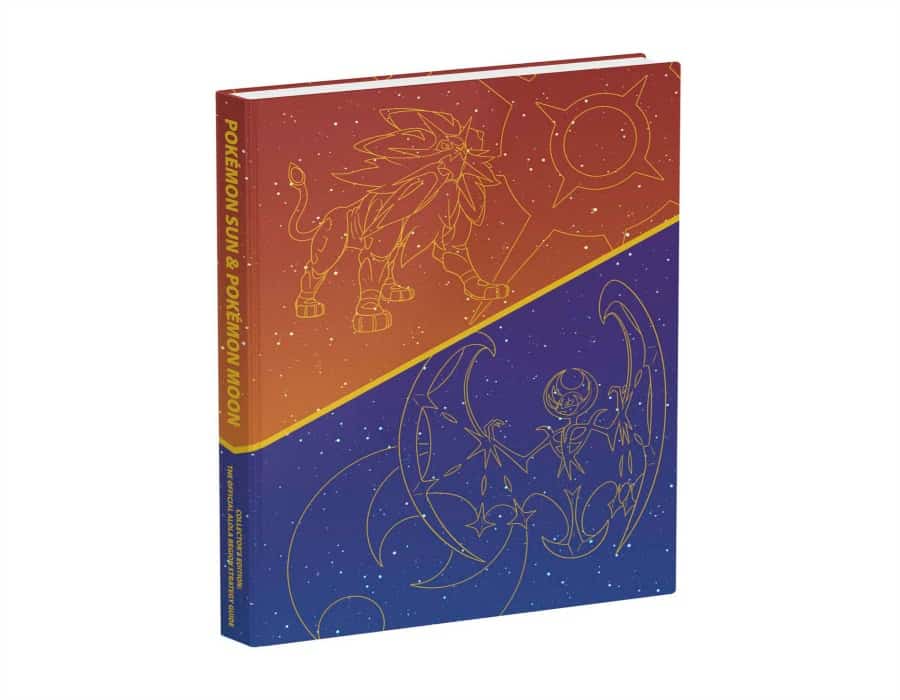 The guidebook—paired with advice from friends—has helped drastically. When it comes to finishing the main story, it’s been nice to have every task mapped out by bullet points. If you’re having a particularly hard time making progress, you could always take it one bullet point at a time. Like mile markers in a race, it’s nice to know how far you’ve come and how much is left.

Keep at it; it may be a trial but it’s worth it

And for those of you that have quite a bit left, I’ll see you on the other side.Things could go a lot faster if I forced them to, but as much as I want to see the end I can’t stop obsessing over keeping my team happy and fed, spending hours shopping for outfits, talking to everyone I can, never using repel, and destroying every opponent with the Miltank I’ve affectionately nicknamed Moo-bear. I, begrudgingly, wouldn’t want it any other way.