The team at Stitch Media are about ready to take their gardening game public. But don’t click away just yet as this isn’t your grandma’s gardening game. Terrorarium is an action platformer that brings destruction and gore galore to your digital garden. And it arrives for Steam Early Access at some point in March.

In Terrorarium, you play as “a feisty granny with a chip on her shoulder” (so it actually is your grandma’s gardening game). Known as The Gardener, this feisty granny commands a small army of creatures known as Moogu. Much like Nintendo’s Pikmin, the Moogu are described as “a cute, invasive species who obey her every command (until they get distracted and wander off).”

Stitch says the Moogu are “as obedient as they are stupid” and that “the Gardener has no qualms about sending hordes of them to their violent deaths, especially since they tend to breed out of control.” Again, very Pikmin like. 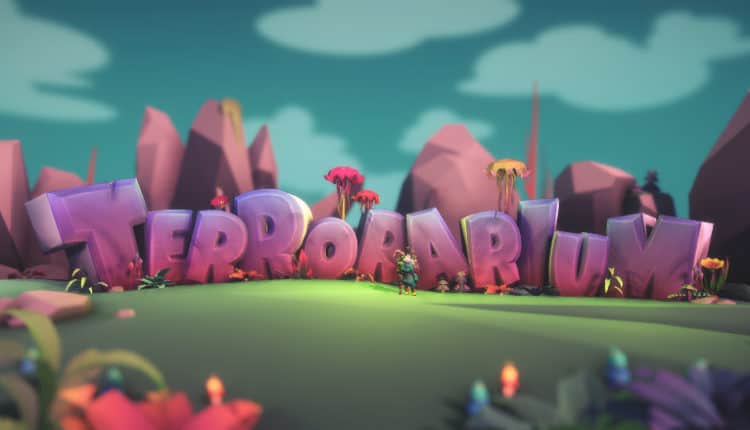 The goal of the Gardener is to “win the coveted blue ribbon at the Intergalactic Horrorcultural Society Competition.” And to do so, “There is no planet too remote, no plant too deadly, and no hazard too great to stand in her way of obtaining the rarest and most volatile specimens in the galaxy.”

However, the Terrorarium Early Access build will be a scaled-down version of the complete game. In it, players will have access to the title’s Maker Mode. Here, you’ll tinker with hundreds of unique sets of creatures, hazards, plant monsters, foliage, and destructible terrain. With your custom playset, you can build “a beautiful garden, a deadly maze  or a murderous gauntlet.”

Once your garden has been constructed, you can switch over to the Quick Play mode and give your creation a whirl yourself before sharing your personal terrorarium online. With Stitch Media planning to “boost the best and most creative levels to our community platforms.”

Once Terrorarium goes live within Steam’s Early Access program, Stitch Media states that it will be “6 months to a year, but that timeline is flexible”, before the game gets a full release. Hopefully, the game’s Early Access build is enough to entice us over the coming months.

Check out more awesome new indie games at our Nerd Much Indie Hub.