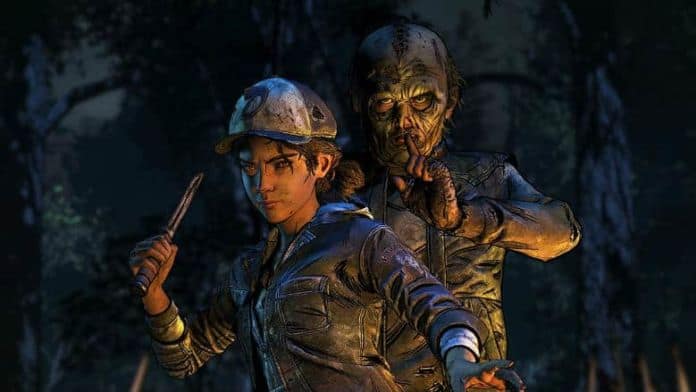 After Telltale Games’ abrupt and chaotic shut down, the fate of The Walking Dead: The Final Season looked grim. The series had just released Episode 2 of a planned four episode final season, but odds were against fans getting the conclusion they deserved.

Luckily a hero arose in Skybound Entertainment. Owned by Robert Kirkman, this is the company that created the original The Walking Dead comic. Skybound planned to scoop up the rights to The Walking Dead game series and publish the remaining two episodes – with the help of former Telltale talent. Skybound gave us an update today on where things now stand, and confirmed the two final episodes are still coming. But unfortunately the remainder of The Walking Dead: The Final Season is begin delayed.

The folks at Skybound released the following statement earlier today to update fans as to what’s going on behind the scenes:

“Thank you for your patience while we worked with Telltale to take control of Telltale’s The Walking Dead. It’s been a ton of work logistically and legally to get us to a place where we’re able to roll up our sleeves and get to the actual work. After Telltale shut its doors, the game was, unfortunately, unable to be worked on and hence the release dates of Episodes 3 and 4 have been delayed. But, we’re excited to let you know that many of the talented, passionate team members who originally worked on the game are resuming development efforts today!”

Skybound then continued, explaining that the original games should be relisted soon, and that more information on release dates of Episode 3 and Episode 4 are forthcoming:

“Soon, we will be announcing release dates for the two remaining episodes. It’s likely that previous seasons of the game may be unavailable to purchase for a few days as we transition—but don’t panic!—we’ll have everything back online ASAP. If you already purchased Season Four, you will NOT have to pay again; future episodes will be available to download as soon as they are released via your original point of purchase.”

Telltale had originally slated The Walking Dead: The Final Season Episode 3 and Episode 4 for November 6th and December 18th. After the studio’s closure and Skybound picked the series up, the latter hoped to jump right in. Skybound Games’ CEO, Iane Howe, said during a Reddit AMA “I’m going out on a limb and will say yes, I fully expect Episode 3 to be this year and I’ll be very disappointed if we can’t make that happen.”

Obviously that’s no longer the case, and fans can likely expect Episode 3 to drop at some point in the first couple months of 2019. But don’t be discouraged, folks. It’s a small miracle these last two episodes are coming at all. And with many of the original developers from Telltale jumping over to Skybound to complete the project, the overall quality shouldn’t miss a beat.