It’s been well over three years since Frozenbyte released their last entry in the Trine series, Trine 3: The Artifacts of Power. The drought has now ended though, as they and their publishing partners in Modus Games have revealed that Trine 4: The Nightmare Prince is on the way. 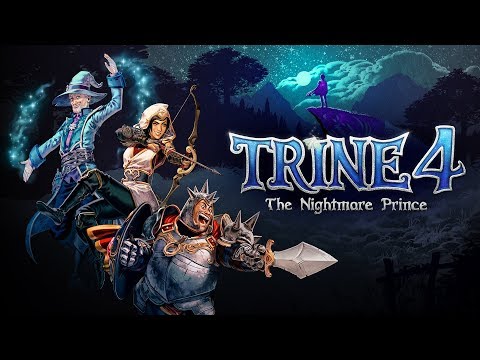 The franchise serves as a 2.5D puzzle-platformer that’s cooperative with up to four players at a time. The story of fourth installment will reunite the series’ leads in Amadeus, Pontius, and Zoya, and is set years after the events of the last game. The plot revolves around the Astral Academy requesting the help of the three heroes in tracking down the missing Prince Selius.

The Prince, as the game’s subtitle might suggest, has some issues. The nightmares he’s having are beginning to actually materialize within reality, wrecking havoc upon those in the living world.

As players track down Prince Selius, you’ll encounter behemoth bosses to take down and work together once again to solve the title’s many physics-based puzzles which revolve around the trio’s various powers. Said powers can be enhanced as you progress, with new ones unlocked over time.

Outside of The Nightmare Prince announcement, Frozenbyte and Modus Games also revealed that they’ll be releasing the Trine: Ultimate Collection for those that have yet to experienced the series. Arriving for PC, Xbox One and PlayStation 4 in the fall, the package includes Trine: Enchanted Edition, Trine 2: Complete Story, Trine 3: The Artifacts of Power, and Trine 4: The Nightmare Prince.

Also included in the Ultimate Collection is a download code for the Trine Series Original Soundtrack, a Trine 4 digital art book, a Collector’s Reversible Cover Sheet and a physical Trine 4 world map.