The Best Video Game Sibling Relationships & The Need for More 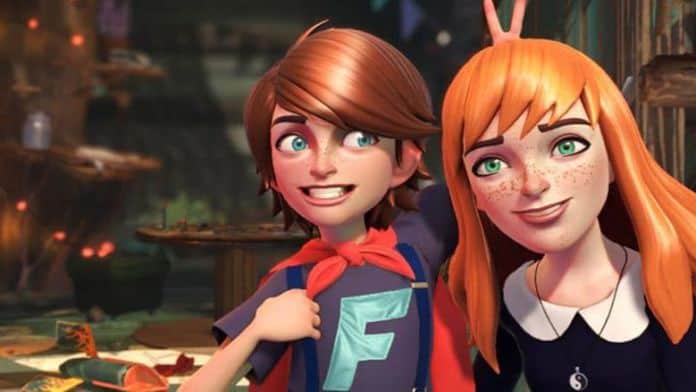 Having a brother or sister is a truly unique relationship — one that is impossible to replicate with anyone else. How love can so fluidly flourish into fleeting, burning hatred only to relent once again, like gentle waves being interrupted by stormy seas.

You can translate a thousand words and precise meaning with a mere glance, tell who’s walking up the stairs just by the sound of their steps and have all your own games and languages that no one else would ever understand.

Despite it being such an important relationship, it’s one that is rarely realistically represented in video games. Sure, there are plenty of games in which the narrative features siblings, such as Uncharted 4’s Nathan Drake reuniting with his long-lost brother, Sam, Assassins’ Creed: Syndicate’s sneaky stabby siblings Evie and Jacob Frie, and even the most famous video game duo in history, Mario and Luigi (may he R.I.P.).

However, while many games may well feature brothers and sisters, most don’t really explore the dynamic and true feelings the relationship can foster.

Brothers: A Tale of Two Sons 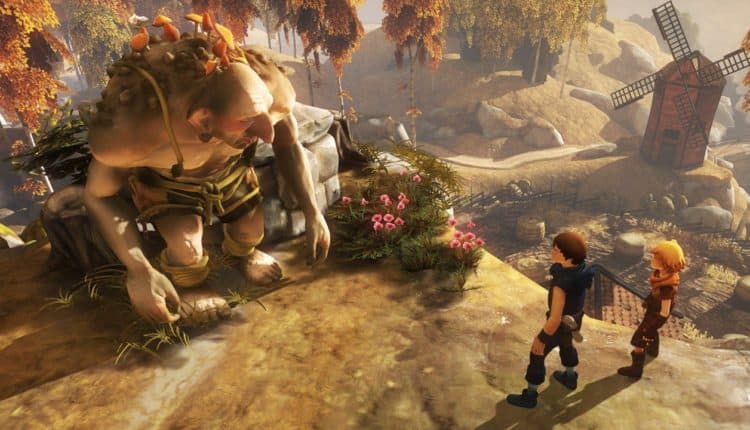 Some do, though. The quintessential example is the aptly named Brothers: A Tale of Two Sons. Brothers sees you control two young lads, Naiee and his older brother Naia, whose father has been taken ill. Together they must go on a perilous journey to retrieve water from the tree of life and save their dad. The pair’s relationship might immediately ring true for many players. The eldest is the sensible one while the youngest is the cheeky rascal (and the more talented).

The twist is that the player must control both brothers simultaneously by using the triggers and analogue sticks, with each side controlling one brother. The controls are awkward and disorientating, making it easy to get things wrong and confused. This would be a complaint for any other game, but the initial struggle as you learn the brothers’ movements and traits accurately mirrors the challenge the brothers have of working together.

This, in turn, reflects on how hard it is for young siblings in real life to actually do anything at all in each other’s company before it turns into a scrap. You ever tried a usually simple task, like washing the pots, working in tandem with a sibling? It can be a nightmare.

Interestingly the little brother is controlled with the right side of the controller — the disorientating side which sprites aren’t usually controlled with — perhaps showing how elders can often get frustrated with their young brethren.

It’s not all about the struggles, though. It’s about their coming of age and realizing how much they rely on one another. The older brother is stronger and can swim, while the younger brother can squeeze through tight spaces and be flung to far off places. Neither would get anywhere near to their goal without the other. They need each other, even if they don’t realize it.

When Naia dies Naiee must overcome his fears and faults and take on responsibility rather than continue to fool around. He can still only be controlled with the right side of the controller, the left side becoming useless. It’s yet another ingenious use of the controller which makes the player feel physically what they’re feeling emotionally.

The left side of the controller has been in constant use for hours but now it’s motionless and your left hand is doing nothing. It feels like something is missing. You feel Naiee’s loneliness and vulnerability. Which can only make you think the unthinkable: what would it be like if my sibling wasn’t there anymore?

While Brothers is about siblings coming together, other games represent the raw emotions of siblings growing apart. While these games’ mechanics aren’t as in perfect harmony with its story, the feeling remains. 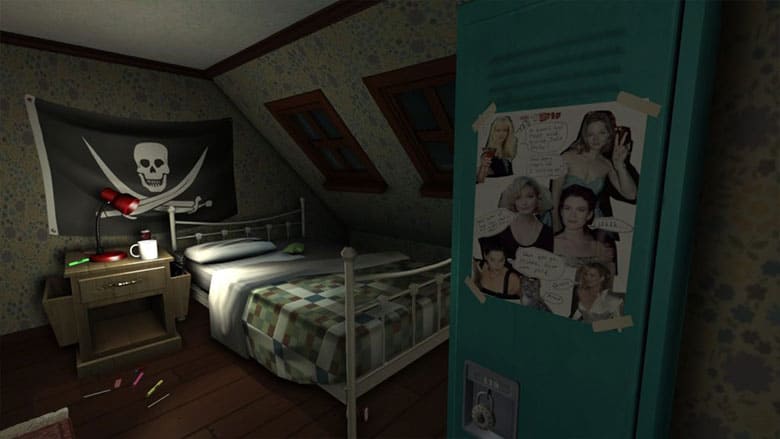 In Gone Home, you fill the shoes of Katie Greenbriar, who has just returned from gallivanting across Europe to her new Oregon family home. As she finds the spare key and goes inside for the first time, everything seems off-kilter. Her loving family aren’t running to meet her with hugs and kisses and as she begins to walk the unfamiliar corridors, deep, dark dread begins to set in. It appears that foul play has occurred but as she explores further and reads notes, letters and, most importantly, is played audio logs from sister Samantha, she realizes that nothing grizzly has happened at all. Her little sister, who was struggling to adapt after moving, found love with a girl. Her parents did not react all too well and it kicked off. So, she runs away to be with her love.

It’s a heartstring-tugging tale and also a deeply personal one for any sibling who has ever been away from home for an extensive period of time. Katie had been travelling for so long and, although she kept in touch with infrequent postcards, she wasn’t there.

She could have been someone to console with, a shoulder to cry on, a guiding hand in the darkness. But she wasn’t there. Sometimes we have to leave and broaden our horizons, but time waits for no one and things happen when you’re away. Things that you miss and will only hear about when there’s not much that can be done about them. It’s a feeling of powerlessness; of being too late; of regret that you weren’t there. It’s a complex concoction of emotions to express, yet Gone Home does so with eloquence. 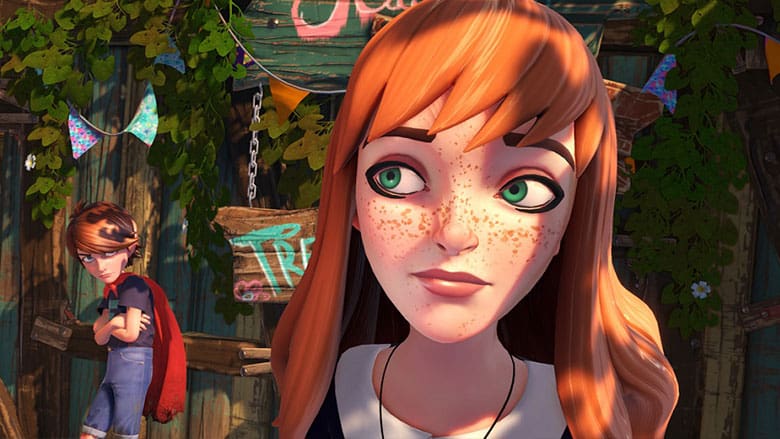 Blackwood Crossing takes you on a creepy, dream-like train ride through the looking glass. You play as teenager named Scarlett who has to look after her annoying little brother, Finn. In fairness to the little lad, he is going through what no child should ever have to. The story is told in a deliberately obtuse and disorientating way, but as more and more pieces are revealed it’s made clear that their parents have died.

As Scarlet grows older, she begins doing what any other girl would do: she starts getting interested in boys, going on dates and stops playing silly games in a treehouse with her immature brother. Blackwood begins with Finn messing about, running away and playing Simon Says, and it’s clear just from her voice that Scarlett has grown bored of the childish antics.

It’s not as though she doesn’t love her brother, of course she does, but she has her own life to live. Scarlett striking out on her own isn’t perceived as natural progression by Finn, however. He sees it is a betrayal. He sees his sister leaving him behind and all alone. Thus he grows resentful, spiteful and vile. Lashing out, unable to accept the inevitability of time. A process that has undoubtedly hit many of tight-knit brothers and sisters. It can be hard to let go.

The player is given a climactic choice at the end of the second act: to savor the relationship or cut all ties. Burn it down. This is, perhaps, the hardest choice a person may ever have to make. No one ever wants to give up on a loved one who has strayed from the path, but sometimes the poison has to be cut out of lives. No matter how much it may hurt.

The criminally underplayed Blackwood Crossing then, in its final act, becomes very moving and is an emotional study of grief, regret, love, loss and trying to overcome all of them. The ending won’t be spoiled here, but perhaps you should seek it out for yourself. 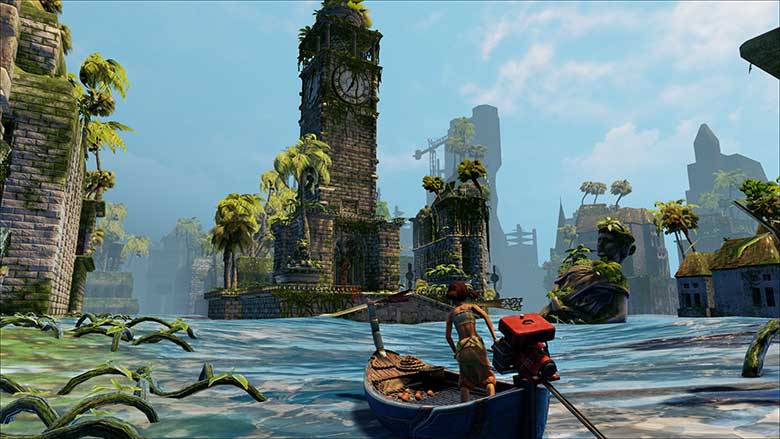 There are a few other games that use the sibling relationship as more than just a story point: Oxenfree wrestles with the grief of losing a close sibling, Submerged displays the parental instincts of an older sibling can have when there is no one else around to help and, strangely, though they take the form of clones, Snake has to deal with finding out he has a long list of brothers in Metal Gear Solid.

On the whole, however, there are precious few games that fully delve into the complexities and emotion, both sweet and sour, of relationships between siblings. Considering so many of us grew up with a brother or a sister, it’s puzzling that these formative experiences aren’t explored more because they tend to make for brilliant games. 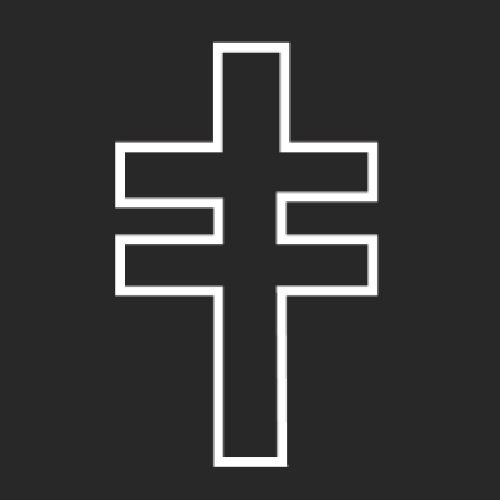 Dan Murphy
Dan is an English lad who writes about games, wrestling and soccer having written for places such as: Kotaku, Playboy, Red Bull and many more. He also loves traveling, the Witcher, reading and playing the guitar at a mediocre level.