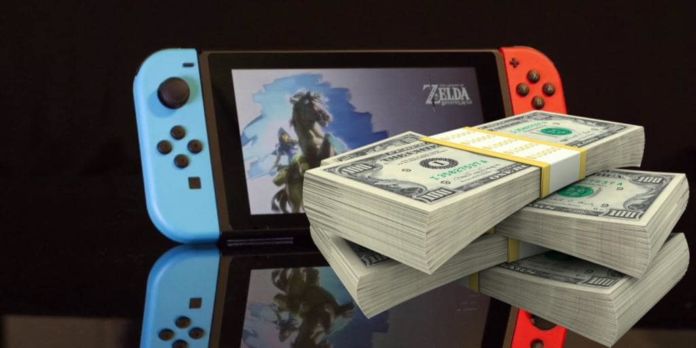 It’s summertime! To many, it’s an opportunity to get yourselves out and about while enjoying the warmest time of the year. For others, it’s the prime time to hunker down, blast the A.C., and scoop up titles available via lucrative summer discounts.

Right about now, year after year, publishers around the world slash prices on tons of games in the hopes that you’ll avoid the great outdoors and instead continue playing on. This is true for many companies across the game’s industry, and it’s why there’s a Steam Summer Sale, PlayStation Store Mid-Year Sale, and Xbox Ultimate Game Sale. But one company just doesn’t play nice like most of the others do.

Sure, Nintendo has “sales” that run throughout the summer. But when you compare them to the deals going on across, Steam, Xbox Live or the PlayStation Store, they’re laughable in comparison. 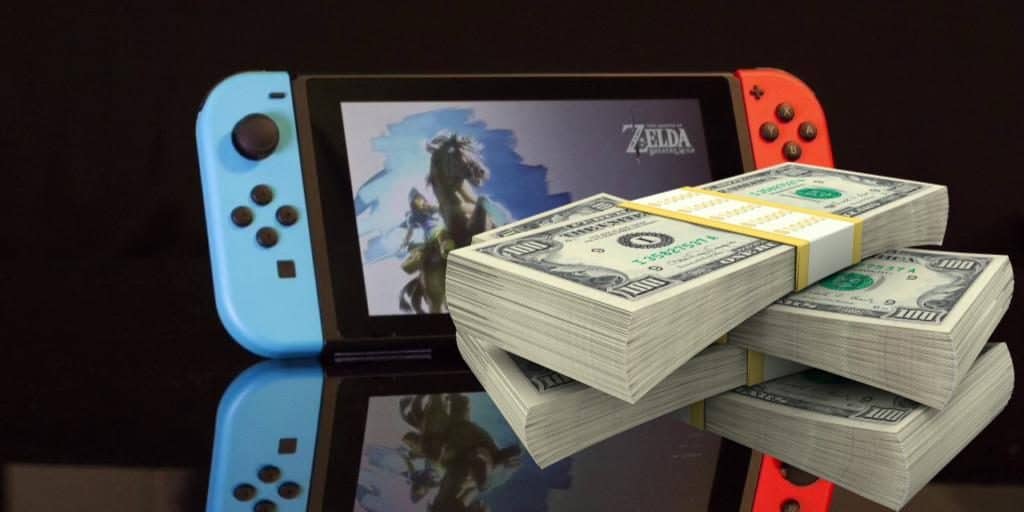 Looking at Nintendo’s Sales and Deals page, it will take some effort to find more than a couple deals that are actually worth anything. The highlight, which Nintendo does feature, is Snake Pass. Typically $19.99 on the Switch, you can currently get it for $11.99 on sale. This is the only game on sale for the Switch.

There’s also Runbow, normally $14.99 on Wii U. During Nintendo’s sale you can grab it for $5.09. But is anyone buying anything for the Wii U anymore? Outside of those Snake Pass and Runbow, the rest of the on sale offerings are a ragtag group of random bargain bin titles for the Nintendo 3DS and Wii U. There is essentially nothing of note.

There are zero first-party games, by the way. You can search the sale page by franchise if you prefer. Mario, Zelda, Donkey Kong, Metroid, Pokémon, Kirby and Animal Crossing are all options to sort by. And amongst all 7 there isn’t a single search result. If you’re a part of My Nintendo, there are some choices for you there though.

Here’s the selection of offerings:

• The Legend of Zelda: The Wind Waker HD

It’s not just a matter of being enrolled in My Nintendo though. You have to have the proper coins in your vault to get whatever deal you’re looking for. For instance, Nintendo is offering My Nintendo members 15% off of Animal Crossing: New Leaf for 3DS and 15% off of The Legend of Zelda: The Wind Waker HD for Wii U. However, to be entitled to get that 15% off you must first give Nintendo 300 Platinum points to be entitled to the deal.

Admitted, Platinum points are pretty easy to come by in the program. But there are other games such as Luigi’s Mansion: Dark Moon which require 30 Gold coins to earn a 20% discount. Gold coins are not easy to come by and are only rewarded for digital purchases through Nintendo’s store. A hell of a “Summer Celebration” indeed. 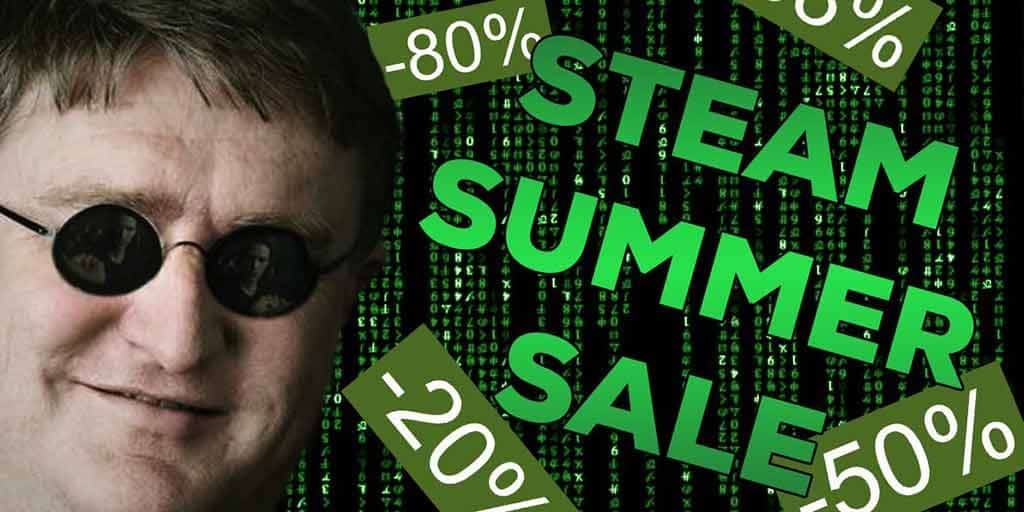 Nintendo’s embarrassing summer sale offerings are only highlighted by their competition. Let’s start with Steam for example. On their front page alone are a plethora of titles that are intriguingly cheap. Tom Clancy’s Rainbow Six entire franchise has deals between 40% and 60% off. WWE 2K17 is down to $14.99. The Witcher series is celebrating summer with games from 50% to 85% off. The underrated Mad Max is a whopping 60% off, priced at just $7.99. There’s plenty more like The Jackbox Party Pack 3, Microsoft’s Flight Simulator X, and Ultimate Marvel vs. Capcom 3.

On the PlayStation Store they too are celebrating with a “Mid Year Sale.” There are a ton of games with slashes prices, and on each one – if you’re a PlayStation Plus member – they’re slashed even further. Furi – Definitive Edition is 50% off at $10.99. The Disney Afternoon Collection is down to $13.99 after taking 30% off. And there are plenty more. Including Grand Theft Auto V, The Last of Us: Left Behind Stand Alone, Fallout 4, and Assassin’s Creed: Black Flag.

Microsoft is in on the action too. Their “Ultimate Game Sale” began June 30th and runs through July 10th. The deals include a whopping 300 games or the respective DLC packs. As of writing, the program isn’t live yet, so I don’t know exactly what will be discounted and to what amount. But Microsoft has announced that Injustice 2, Tom Clancy’s Ghost Recon: Wildlands, Prey, Call of Duty: Infinite Warfare and Rocket League are all in the mix. Additionally, Backwards Compatibility titles like Red Dead Redemption 2 and Skate 3 will be getting discounts as well.

These are great offerings on three great platforms. Whether you’re on PC, a PlayStation system, Xbox One or Xbox 360, there’s bound to be some deal you can’t deny if this heap of titles. Meanwhile, with Nintendo, not so much…

It’s really simple when it comes down to it: supply and demand.

Nintendo essentially never discounts their first-party offerings. They don’t have to. The Nintendo name means something to most people, and that’s quality. It can be easily argued that Nintendo is the greatest games publisher in existence. Sure, there have been plenty of missteps along the way, but which publisher hasn’t released a stinker here or there? Regardless, many Nintendo games just constantly stay in demand. On a number of consoles.

Nintendo is also a rarity when it comes to reselling games. If you look on eBay for Nintendo games, regardless of the system, odds are the game you look at will be selling for higher than you would have expected. I don’t know if that’s simply because there are typically less Nintendo consoles in the wild – thus games are a little harder to find. Or perhaps the consumers who purchase Nintendo games don’t frequently trade them in or try to resell them. Which makes used copies slightly more rare than usual, which in-turn makes used Nintendo games more expensive.

Nintendo games hold value over time. But that doesn’t mean they couldn’t throw us a bone here and there. Without me shelling out Gold coins of course. Games never go on sale for Nintendo. They do offer the “Nintendo Selects” brand, but there’s no rhyme or reason to it. The game simply needs to have sold well and have been on the market long enough that Nintendo feels it’s time to reduce price.

On the 3DS (in North America), only 12 titles have earned the title. One of which was a Frozen movie tie-in game. And those titles weren’t initiated into discount status until March 2016, August 2016 and February 2017. It’s the same situation on the Wii U, where only 7 games have been dubbed as Nintendo Selects. And again, those were discounted until March and August of 2016.

How Do You Fix It? 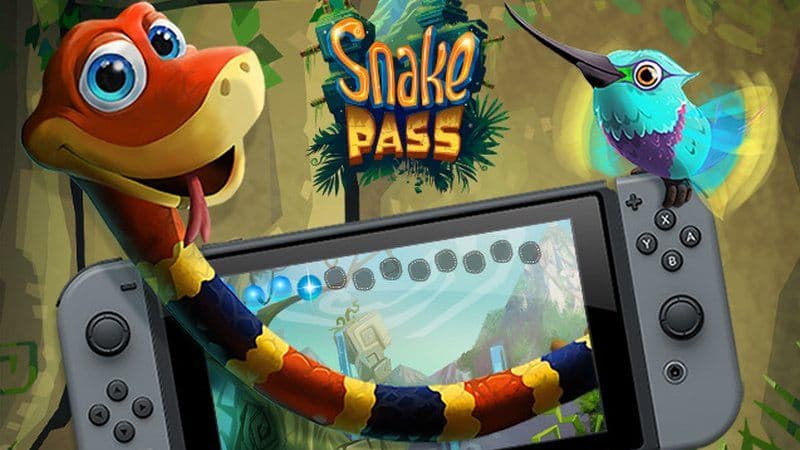 So what should Nintendo do? Honestly… nothing. Nintendo, again one of the strongest publishers in the world, doesn’t need to discount their games for you. If you’re a fan, you’re going to buy them. Time and time again. Steam, Microsoft and Sony are largely all beating to the same drum, fighting over the same consumers. Nintendo isn’t really a part of that battle. Nintendo does what Nintendo wants to, and as of right now, it’s working.

People can’t get enough Switch games. It will be quite interesting to see how something like ARMS does in terms of retail numbers. But I will say that if the Switch continues to be a strong indie port destination, Nintendo will have to work with those developers and publishers to compete on price point. They appear to have done so with Snake Pass. I don’t believe that’s discounted anywhere but Switch which is a positive sign.

But then again, Nintendo does what Nintendo wants – and it has worked pretty well over the last 34 years…