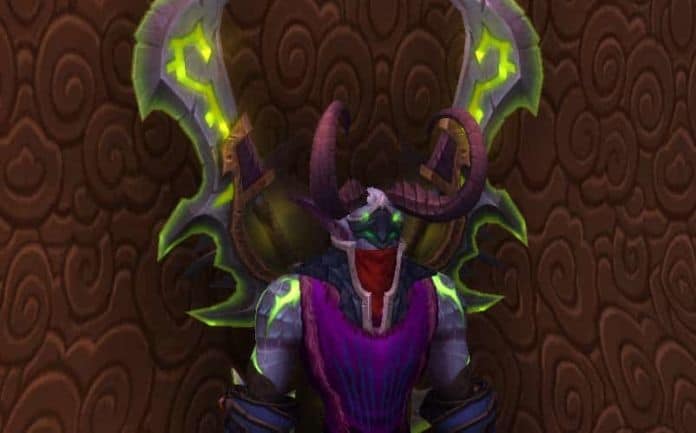 World of Warcraft: Legion is just around the corner, and if you’re like us, it has been a while since you’ve been THIS excited for a WoW expansion. We’ve had an extensive amount of time so far with the new Demon Hunter class, and so far, we’re absolutely loving it. The movement, speed, and abilities are unlike any other class we’ve seen so far, and it also helps that Demon Hunters just simply look cool.

The Demon Hunter class is, so far, one of the most difficult classes to play and be successful with, especially for newcomers to WoW (and with Legion, we’re expecting to see an influx of newcomers that finally submit to their WoW curiosity). So, we’ve put together a list of 5 essential Demon Hunter tips and tricks (Havoc DH, for the record) that will help new players be successful with the new class. 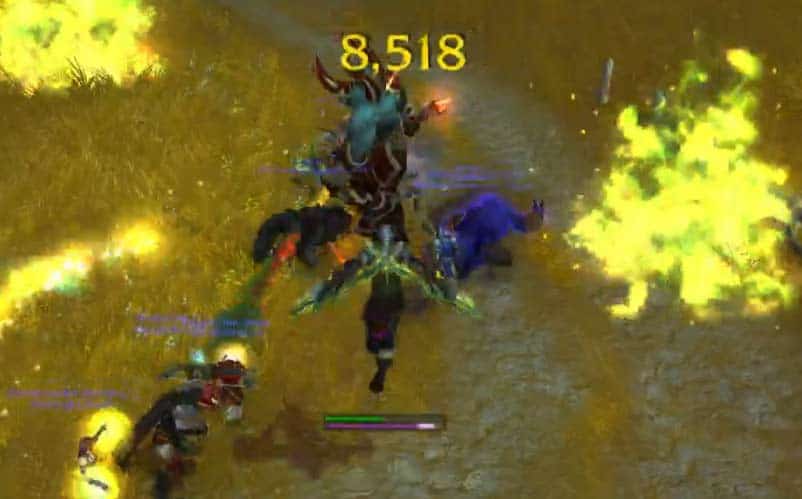 The new class isn’t without its flaws, and some of you are also noticing that the demon hunter’s biggest flaw is the inability to self-heal. There are no self-healing talents available to the class initially, although you are granted the Shattered Souls passive ability that sometimes creates a healing soul fragment when you kill an enemy (and by sometimes, it’s quite frequent). But outside of that ability, you’re stuck eating tons of food between combat, popping potions, and bandaging where you can.

But what if you didn’t need self-healing as much? What about avoiding as much damage as you can instead of having to heal yourself frequently? The real key to staying alive as a demon hunter isn’t healing abilities. Instead, it’s about using your unique movement and speed to avoid damage.

The real key to staying alive as a demon hunter isn’t healing abilities. Instead, it’s about using your unique movement and speed to avoid damage. Here are a few examples:

Situation A: In general questing situations where you’re faced with numerous enemies, you’ll typically be ok on your own without having to worry much about avoiding damage. But when you’re in a dungeon, especially when you’re facing bosses, you’ll need to make sure you’re using your abilities to avoid damage as best as possible. With the DH class, you’re going to need to pay more attention to what you’re doing than you typically do with, say, a Warrior or Paladin. Stay out of AOE effects from bosses, fire on the ground and whatever else bosses might throw at you. Of course, that’s easier said than done, but it’s important that you learn your movement abilities and what they can do, aside from damage. The Fel Rush ability is your best friend for not only doing damage but for escaping damage as well. If you’re taking too much DPS, just Fel Rush twice away from the boss, and you should be far enough away from whatever is damaging you to be safe and bandage/receive healing where possible. If you’re still taking damage, spin your character 180 degrees and pop Vengeful Retreat as well, which will vault you even further away. In critical situations where you’re left without a potion to use, this could be the difference between life and death.

Of course, that’s easier said than done, but it’s important that you le=aaaaaarn your movement abilities and what they can do, aside from damage. The Fel Rush ability is your best friend for not only doing damage but for escaping damage as well. If you’re taking too much DPS, just Fel Rush twice away from the boss, and you should be far enough away from whatever is damaging you to be safe and bandage/receive healing where possible. If you’re still taking damage, spin your character 180 degrees and pop Vengeful Retreat as well, which will vault you even further away. In critical situations where you’re left without a potion to use, this could be the difference between life and death.

I’ll also note that the demon hunter’s Double Jump and Glide abilities have already saved me from death a couple of times, especially during boss battles in Invasions where, as it stands right now, not many people are healing anyone outside of their party.

Popping the Darkness ability, which gives friendly targets and yourself a 20% change to avoid all damage for an attack for 8 seconds, is also essential for staying alive in dungeon/raid situations, although you’ll hardly use it when questing/doing dailies.

Situation B: Let’s say you’re riding through an area, just trying to get from point A to point B. Along the way, you’re picking up mobs left and right who are attacking you. It used to be the case that you could easily ride through most areas and take minimal damage, and you still can with most classes. But you, as a newly minted Demon Hunter, are squishy, and in highly populated enemy areas like Tanaan Jungle, that could mean trouble when traveling. One thing that I like to do in this situation is to pop the Shadowmeld ability, which reduces the chance for enemies to detect your presence. It basically makes you invisible to enemies until you move again, so use it when you have to, let the enemies go back to their locations, and then when they’re gone, you’re free to continue on your journey. You’ll also have Blur and you’ll gain an ability called Netherwalk at level 104 that’ll render you immune to damage for 5 seconds and increase your speed.

2. Combos Are Essential (And Especially Fun) as a Demon Hunter 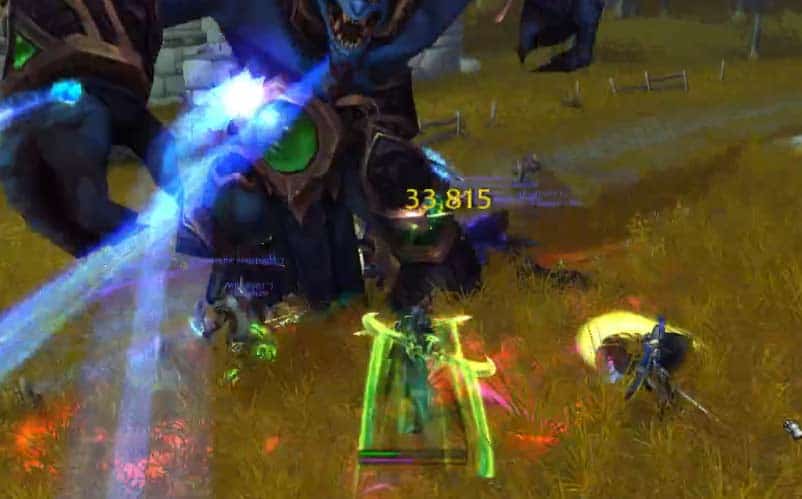 Of course, half of the fun in playing any new class is figuring out how to intertwine your numerous new abilities with each other for the most effective use possible. With the DH class, it becomes especially fun because of your movement abilities.

When questing (and in dungeon situations), one of my favorite ways to start any battle is to Fel Rush in (which propels you forward), Vengeful Retreat out (which brings you back away from your enemies), and then Fel Rush back in a second time. At level 106, Demon Hunters will also get an ability called Momentum that will increase their outgoing DPS by 20% after Fel Rush or Vengeful Retreat.

3. Use Consume Magic As Much as Possible 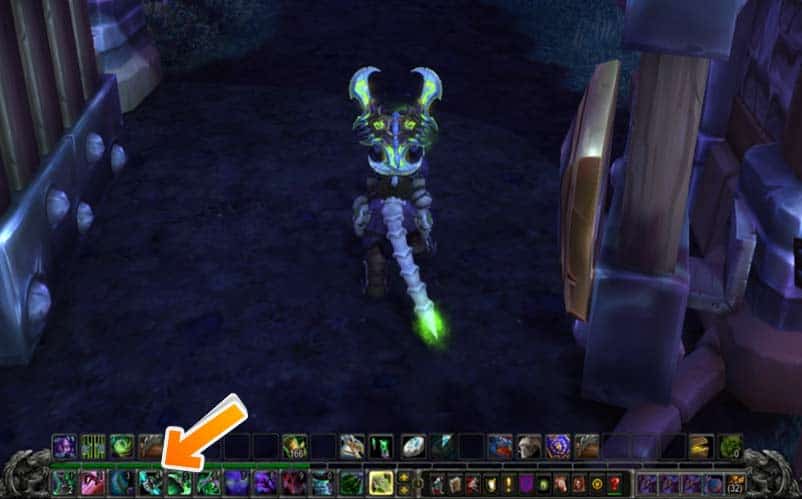 Fury generation is essential for DH’s, as it’s what allows you to pop various abilities. The best fury generating ability in a DH’s arsenal, at least initially, is the Consume Magic ability, which generates 50 Fury for players to then use to wreak havoc (pun intended) on their enemies. Popping Consume Magic will set your Fury generation, and therefore your battles, off to the right start.

4. Eye of Leotheras is Essential for PvP 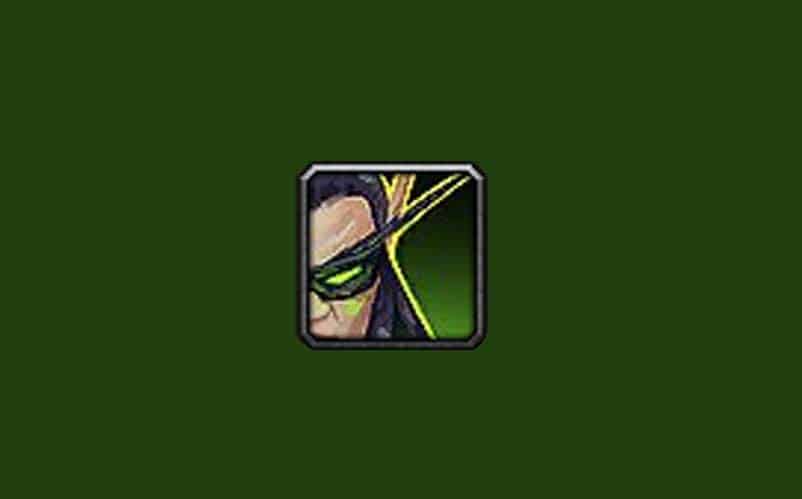 When it comes to your Honor Talents, you’re going to have a lot of great options. But one that is absolutely incredible and essential is the Eye of Leotheras ability that will allow Demon Hunters to “keep a watchful eye over the enemy”. Whenever EoL is cast on an enemy, and that enemy casts a harmful spell, they’ll take a 5% hit to their health in the form of Shadow damage for up to 6 secs. It can be an incredibly powerful tool for DH to burn opposing squishies (Mages, Priests, etc) with quickness in battleground situations. By the time an enemy realizes it has been cast upon them, they’ve already been taken down to half of their health, and disposing of them should be easy.

5. Get Used to Dismounting in Mid-Air and Gliding to Safety 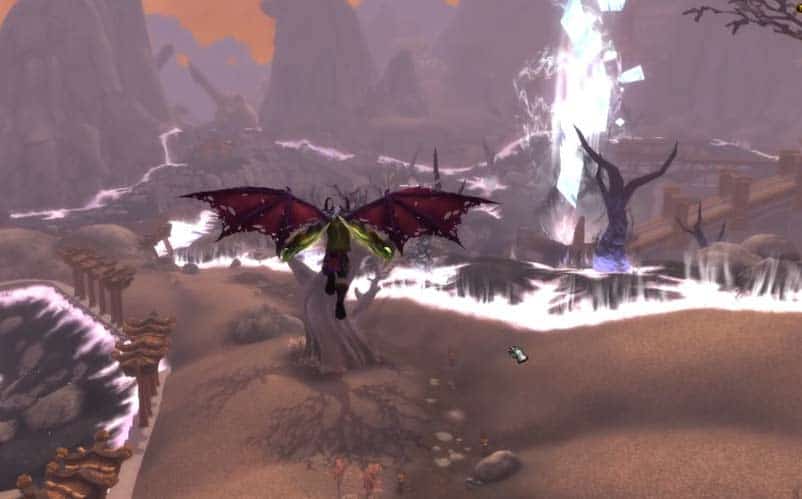 The Glide ability for Demon Hunters feels like something straight out of Soul Reaver, where you can jump and then safely glide to your destination. It takes a lot of getting used to, more specifically, it’s typically forgotten about when questing and running around to do your quests. But it’s one of those passive abilities that you have to remember that you have, especially when you’re used to running around on your mount, jumping down massive drops without a second though with say, a panda (which has a falling damage reduction passive ability). As a new Demon Hunter, you’re going to take a ton of falling damage if you don’t learn how to quickly dismount in mid-air and glide your way safely down a chasm or mountain. I’d recommend binding your mount/dismount to a keyboard shortcut (I use = which is then used as one of my mouse buttons for quick mount/dismount). That way, you can mount quickly, dismount quickly, and then tap the space bar to glide.

It may sound like one of the more obvious Demon Hunter tips out there, but you’ll thank me when you’re not falling to your death.

For more WoW news, tips, and tricks, stay tuned to Nerd Much.