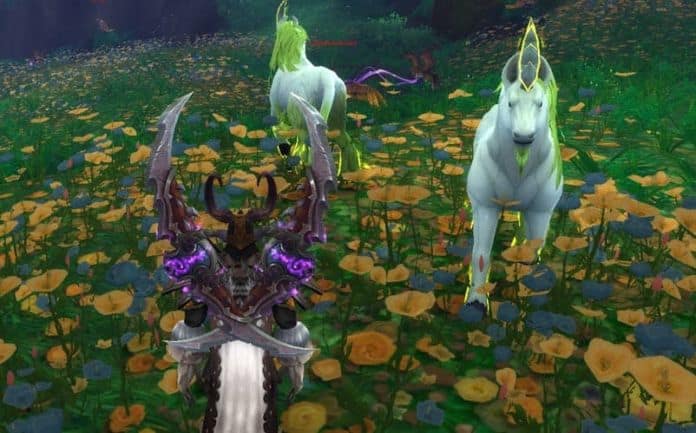 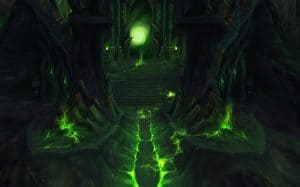 It’s still crazy to think about how long many of us have been playing WoW — 12 years. And over its 12-year lifespan, World of Warcraft has had both great expansions (Wrath of the Lich King, The Burning Crusade) and ones that weren’t very well-received (Mists of Pandaria, Cataclysm). With the drop in the required monthly subscriptions undeniable by Activision Blizzard, they’re at a turning point right now: can they recapture the original spirit of WoW and bring back those who unsubbed over the past few years, or will the Legion expansion cause many more to walk away?

Simply put, it certainly appears as though Legion has brought back waves of players into the game — at least for now. Stormwind and Ogrimmar are now back to being buzzy hubs, and the game world feels injected with new life. But how formidable is Legion, and is it worth resubbing to World of Warcraft for?

For now, we’re only going to be able to give our initial thoughts with a Legion review in progress. Obviously, there’s so much content contained in the latest expansion that it’d be impossible for us to give a full review right now. What’s more, we’re not trying to rush through the content to hit max level — we’re taking our time, reading the quests, following the story, watching the cutscenes, and really immersing ourselves into the Broken Isles. We’ll circle back with a full review likely in a couple of weeks, but for now, here are our initial thoughts. 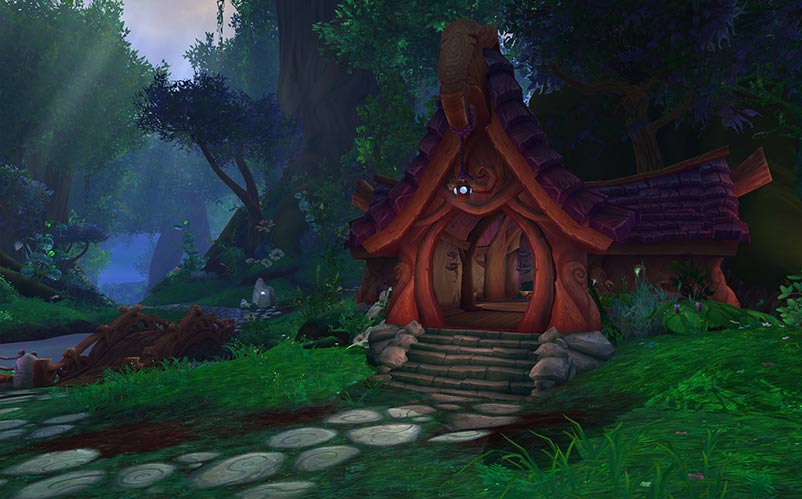 First, and most notable about the newest expansion is the new hero class, Demon Hunters. I’ve spent extensive time (100+ hours) as a Demon Hunter already, thanks to the pre-Legion stuff. And before the expansion actually hit, I thought Demon Hunter’s were a little lacking. Their abilities were quick, and the character is well-designed, but there simply weren’t enough abilities, specifically when dealing with multiple enemies.

Now, thanks to the addition of artifact weapons (I’ll get to that in a bit), you at least start with a brand new ability, Fury of the Illidari, that dramatically changes all that — at least from a havoc DH’s perspective. While questing throughout Highmountain, I’m having no trouble burning down enemies with my powerful abilities for that sweet, sweet loot. But what’s also noteworthy is that Demon Hunters don’t feel too overpowered; they seem to hit the sweet spot between being too easy and too difficult. I’m currently at level 103, and at 102, I was able to pick up the Felblade ability as well, which does a great deal of single target damage instantly.

It’s clear that, as you level up your DH, you’re going to get more great and useful talents. But, it’s immediately apparent that the Demon Hunter class is unique in its capabilities, speed, and movement, and so far, it’s one of my favorite classes so far.

The second biggest change is the introduction of Class Halls. Since beginning Legion on Tuesday, I haven’t even been to my garrison yet. I’m sure at some point I’ll start going there daily for the herbs and mining ore I’ll need for my crafting, but for now, I’ve been focused on my Class Hall. For Demon Hunters, you’ll find your Hall just off Krasus’s Landing in the new Dalaran (just triple jump off of the landing and glide your way to the portal).

As far as the story is concerned, the new Burning Legion storyline is presented in typical Blizzard fashion, with quality voicing and cutscenes used to push the narrative forward. Sure, you’re able to avoid reading the endless amounts of quest text if you want to mindlessly race your way to 110, but you shouldn’t — some of the quests are especially well-done this time around.

You’ll be pointed towards the luminescent gardens of Val’Sharah, the tribal-inspired Highmountain, the ruins of Azsuna, and more as you make your way through everything that Legion has to offer. Each zone has its own vibe, and so far, Val’Sharah’s gardens have been the most enjoyable. 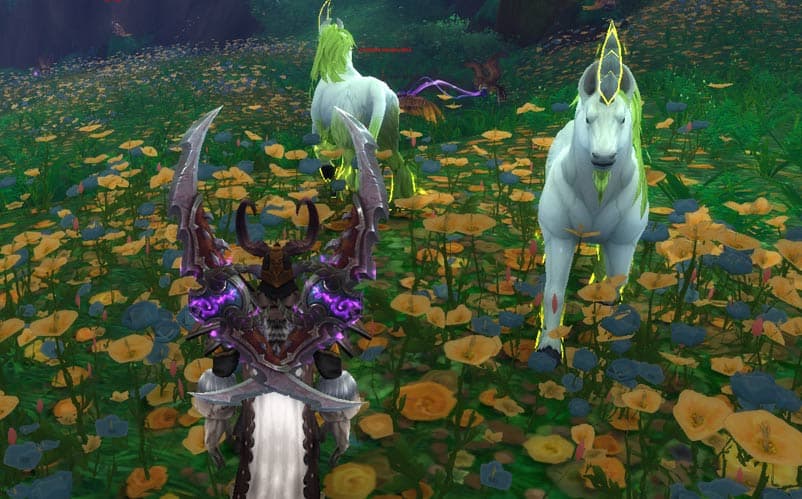 The Legion soundtrack is also especially worth a mention, as its powerful melodies will empower you as your questing. While many play World of Warcraft with the sound muted and Spotify playing, I occasionally like to throw on a set of headphones and let the game’s soundtrack immerse me in the world. In Val’Sharah, you’ll hear low violin strings with a high flute and plucky harp strings, fueling the area’s mysterious vibe — it’s the perfect music for killing Wild Dreamrunners.

Artifact weapons are also an interesting and major change for WoW, and it’s one I’m not sure how I feel about just yet. It does eliminate the need to worry about your weapon quality while you’re questing, but it also eliminates the need to raid for a sweet weapon come endgame time. I’m not entirely sure how that’s going to play out yet, as I’ll still be raiding for gear. But for now, my concern is that my all-too-powerful Artifact glaives will make me feel less likely to want to raid at 110. We’ll find out, though.

Crafting is also a big change. At any level, you’re able to craft anything, basically. The idea behind Legion‘s crafting is that as you’re basically leveling each item (there are 3 levels of crafting each item), and with each level, you’ll get bonuses and crafting becomes easier/uses less materials. I haven’t been able to fully attack my leatherworking like I plan to here soon, but I have dabbled, and it’s an intriguing idea that I think is going to pay off nicely in the long run because it means people won’t have to level from 1-800 from the start, but they’re able to level with mats they’re basically farming at their level, anyway.

Of course, Legion isn’t without its flaws, although from what we’ve seen so far, there aren’t many of them. First, and the most controversial of which is that you’re not immediately able to use flying mounts on the Broken Isles. Instead, like with Draenor, you have to complete a quest that requires you to complete other quests before you’re able to do so. Although we’re chugging away at that quest, it’s going to take us awhile, and that’s super annoying (just let us fly, Blizzard!!).

Aside from that, other minor annoyances like the intro Legion quest chain bugging out and lack of an in-game explanation for completing these quests can be frustrating. Also, the fact that the new Dalaran doesn’t have an auction house seems like an oversight, as it causes players to have to venture back to another capital city like Stormwind every time they want to check AH prices or buy something pretty.

For now, our Legion review has the expansion sitting pretty at a 9.3 out of 10, and that’s all subject to change as we continue to traverse through the content and begin raiding in a week or so. This weekend, I’m going to take my Demon Hunter through at least a few of Legion’s ten new dungeons to see what they’re like, and I’m going to dive further into crafting as well. Circle back on Monday for an update on this review. For now, I’ll see you out there on the Broken Isles.