A WoW Battle Pets Mobile Game is All I Want 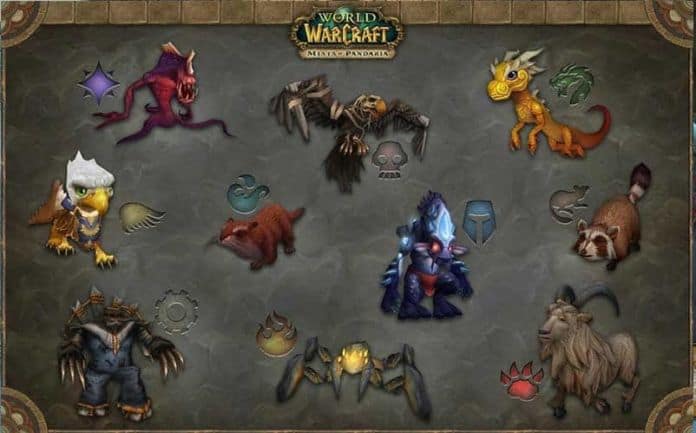 Anyone who has played World of Warcraft knows what the addiction can do to a person. And, I thought I had that monkey off of my back; I’ve been clean for over seven years. That is, until my wife and I decided to jump back into the game about a month ago, simply to reassure ourselves that it is still the best MMORPG out there. Of course, the game is vastly different than we remember, but it still has that addictive charm to it. I’ll probably get into all of the noticeable changes in another article, but for now, I want to talk about one of the addictive additions that were added while I was on hiatus: Battle Pets.

WoW Battle Pets are the best new addition to the ever-evolving MMO that, for all intents and purposes, adds a Pokemon element into your world, which really speaks to someone like me, who has been surrounded by all things Pokemon in his life but never got into it. So, basically, as you’re traveling the lands and questing in Azeroth, you’re also able to capture, battle, and level up little critters you find along the way. I’m not going to get into the specifics of it all right now, mainly because I’m still kicking the tires on the mechanics, myself. But, after playing at least a few hours with the Battle Pets system, I immediately went to Google Play to see if there was an app that would allow me to play this on the go. Unfortunately, there is no such game on Google Play (or the Apple App Store, either). Why isn’t there a WoW Battle Pets mobile game?

It’d also be cool if there were some sort of GPS functionality to it as well, where you can find new pets to battle (and possibly capture) out in the real world. Hell, it’d be a great opportunity to get some rare Battle Pets out in the real world. What if you can walk into a Gamestop and pick up a unique Battle Pet just for stepping into the store? What if when you walk into a Regal Cinema to go see Warcraft you were given a unique pet that you can level up for battle?

The fact that a WoW Battle Pets app doesn’t exist on iOS or Android dumbfounds me; it feels like such a missed opportunity. It’s understandable that we aren’t able to go out into the game world and capture new pets to battle with; that makes sense because of the game’s size. But, it’d be great if we were able to battle friends using our smartphones while we are waiting in line at the DMV, on the train, or ignoring our families with our heads in our phones. It’s especially strange that Blizzard hasn’t created a Battle Pets mobile app of any kind, given their history with obliging their fanbase.

Would you want to be able to play with the Battle Pets system on your phone? Sound off in the comments below!

Previous article
Company Town by Madeline Ashby Review
Next article
Overwatch: How Treating a Beta Like a Demo Paid Off